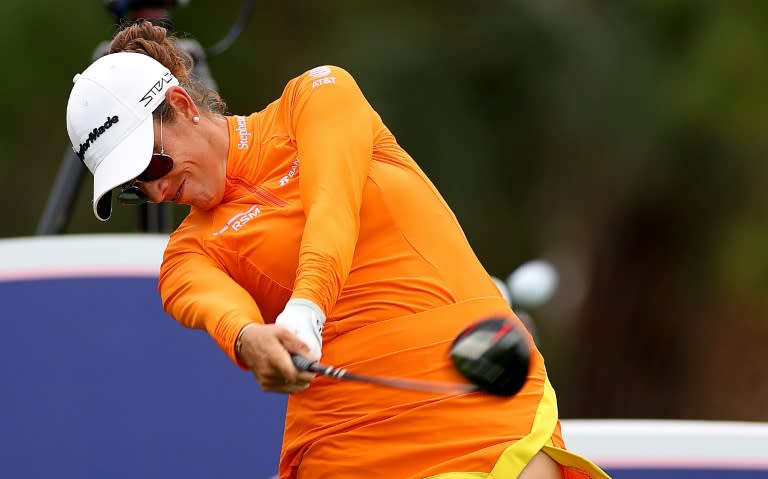 Mexican Maria Fassi shot an eight-under-par round of 62 to take a two-stroke lead after the first round of the LPGA’s Pelican Women’s Championship on Friday.

The tournament was shortened to 54 holes due to heavy rain from Tropical Storm Nicole, which prevented play on Thursday.

But Fassi, without a win on the tour, took full advantage of the morning conditions.

The 24-year-old won the par-5 14th hole and added her sixth birdie of her round on the penultimate hole as she completed an impressive bogey-free round at the Belleair, Florida club.

“To put together a round like that, you have to align every aspect of your game. I really did,” she said.

“Putter was just impeccable today. From the tee I probably hit it well like I ever did. So it was a pretty good combination,” she added.

Floridian Thompson scored 7th with a 30 foot putt and finished her round with a birdie on the 18th par-4.

“With a lap shorter, I definitely want to get a faster start,” Thompson said.

“I was just trying to stay in the moment today. My game was in a good place and I put a lot of time and hard work into it, so it’s nice to see it paying off,” she said.

Gabsa, who started in the back nine, finished her round with a string of four consecutive birdies to put herself in the fray for the weekend.

The German is among the players battling for points to qualify for next week’s season-closing CME Group Tour Championship in Naples, Florida.

‘Greg (Norman) must go’: Tiger Woods unloads on LIV Golf leadership, explains what needs to happen for LIV to coexist with PGA Tour