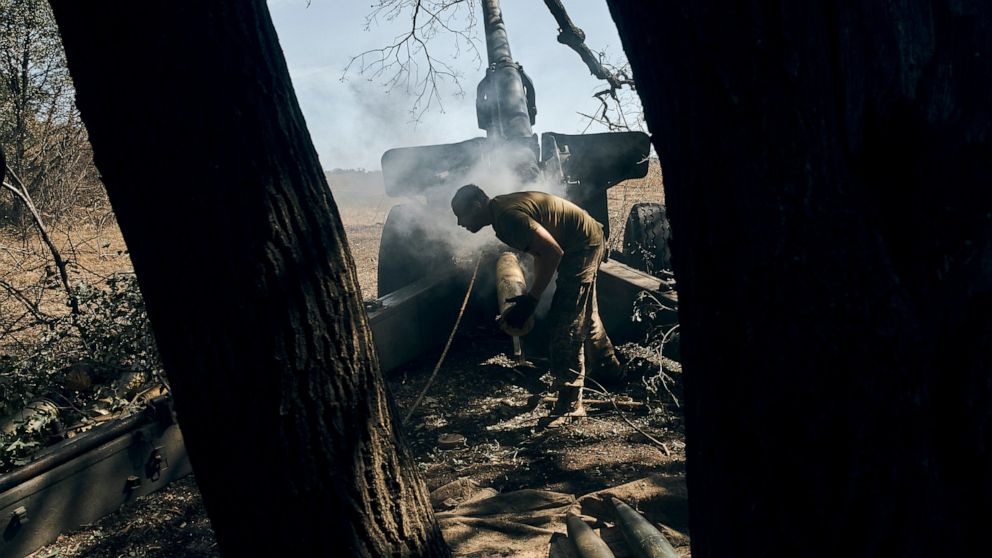 Kyiv, Ukraine — On Tuesday, fears for Europe’s largest nuclear power plant grew as shelling continued around it, a day after the facility was once again cut from Ukraine’s power grid and placed in the precarious position of relying on its own power to run safety systems.

Repeated warnings from world leaders that the fighting around the Zaporizhzhya plant has put the plant in an untenable situation that could lead to a nuclear catastrophe have done little to stem hostilities. Russian-installed officials accused Ukrainian troops of shelling the city where the factory is located on Tuesday, hours after Ukrainians said Kremlin forces attacked a city across the river.

Both sides have exchanged such allegations since Russian forces seized the factory early in the war. As the danger mounted, a team from the International Atomic Energy Agency finally traveled to the plant last week, and inspectors are expected to report what they found to the UN Security Council later in the day.

Two inspectors remain at the factory, which is run by Ukrainian workers, and Ukrainian presidential adviser Mykhailo Podolyak applauded the decision.

“There are now Russian troops who do not understand what is happening, do not properly assess the risks,” Podolyak said. “There’s some of our workers out there, who need some kind of protection, people from the international community who stand by their side and (Russian troops) say, ‘Don’t touch these people, let them work.'”

But that seems to have done little to reduce the risks. On Monday, the IAEA said Ukrainian authorities reported that the factory’s last transmission line had been disconnected to allow workers to extinguish a shelling-induced fire.

“The line itself is not damaged and will be reconnected once the fire is extinguished,” the IAEA said.

In the meantime, the plant’s only remaining operational reactor would “generate the power the plant needs for its safety and other functions,” the agency said.

Mycle Schneider, an independent nuclear energy analyst in Canada, said this means the plant likely operated in “island mode,” producing electricity only for its own operations.

It was just the latest incident that sparked fears of a possible nuclear disaster in a country still haunted by the world’s worst nuclear accident at Chernobyl. Experts say the reactors at Zaporizhzhya are designed to withstand natural disasters and even plane crashes, but the unpredictable fighting around the plant had repeatedly threatened to disrupt critical cooling systems, increasing the risk of a meltdown.

Russian-installed officials in the Zaporizhzhya region on Tuesday accused Ukrainian forces of shelling Enerhodar, the city where the plant is located, and damaging a power line near the plant.

Russian state news agency RIA Novosti reported, citing its correspondent on the ground, that power was turned off in Enerhodar on Tuesday and explosions could be heard.

Meanwhile, Ukraine’s presidential office said Russian troops shelled residential buildings in Nikopol, a town across the Dnieper River, from its factory in Zaporizhzhya. Two people were injured and a school, a kindergarten and some 30 buildings were damaged, the office said.

In the southern region of Kherson, occupied by the Russians early in the war, the Ukrainian army continued its counter-offensive, destroying Russia’s logistics centers. A pontoon bridge was blown up overnight and a command center was hit, as well as two checkpoints.

In the eastern city of Sloviansk, workers from the Ukrainian Red Cross on Monday swept the rubble of a second rocket attack on its site in a week. No one was injured in either attack, said Taras Logginov, head of the agency’s rapid response unit. He blamed the Russian troops and called the attacks war crimes.

In a row of apartment buildings across the road, the few residents who have not been evacuated have sawn sheets of plywood to seal their shattered windows.

Henadii Sydorenko sat on the porch of his apartment building for a break. He said he is not sure whether to stay or leave, torn between his responsibility to look after three apartments whose owners have already been evacuated and growing fears of the now frequent shelling.

“It’s frightening,” the 57-year-old said of the shelling. “I’m losing my mind, little by little.”