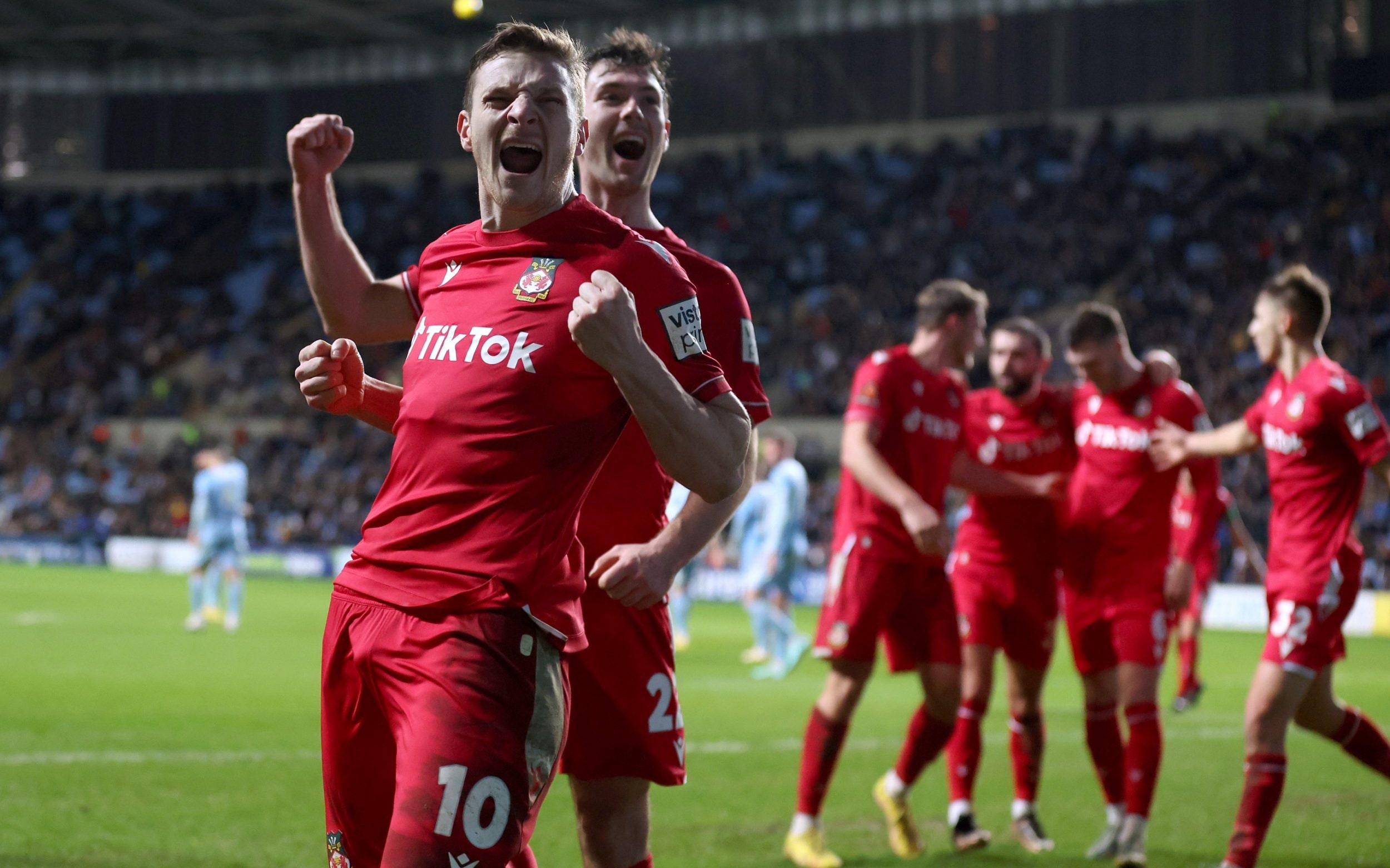 But the 1987 Cup winners had a mountain to climb in the 18e minute as Wrexham doubled their lead.

A swift cross to the left from Elliot Lee, the 28-year-old son of former Newcastle United and England midfielder Rob Lee, evaded everyone before finding the same far corner of the net.

Lee’s third successive goal in cup competitions was a nightmare for Coventry goalkeeper Simon Moore, who appeared to falter.

But it was the Sky Blues supporters who sang next as their side cut their deficit in half in the 36e minute.

Palmer crossed from the right and when Martyn Waghorn hit the ball back at the same time as a Wrexham challenge came in, the ball fell loose for Ben Sheaf to drive low past Mark Howard into the Wrexham goal.

ALSO READ  Space launch in the UK: everything you need to know

Wrexham restored their two-goal lead in the seventh minute added at the end of the first half.

A long throw-in from Ben Tozer – a tactic previously described by Robins as an Exocet missile – was led by Jordan Tunnicliffe and Thomas O’Connor nodded home to exploit more aerial uncertainty from Coventry.