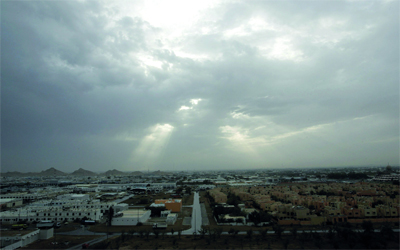 The National Center of Meteorology expected the weather tomorrow to be partly cloudy in general, with another rise in temperatures and the possibility of some convective clouds forming over some eastern regions that may extend to the interior during the day, and the winds are light to moderate in speed, active at times, causing dust and dust.

Tyler Perry Interview @ MVAAFF: ‘A Jazzman’s Blues’, his inspiration for...