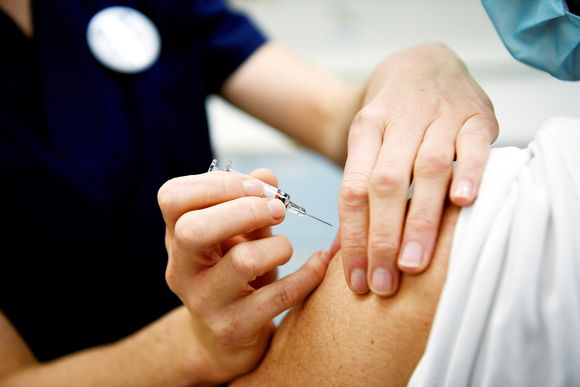 Finland faces a serious shortage of flu shots this year.

There are still around 100,000 vaccines reserved for people at risk as part of the national immunization program, but vaccines purchased at pharmacies or private health centers are all but sold out, according to the Finnish Institute for Health and Welfare. (THL).

THL specialist Mia Kontio from THL found that vaccines for those at risk may be scarce in some areas, while still available in others.

“Now it’s important to start getting vaccines to those who need them, from areas where they may still be in abundance in refrigerators,” Kontio said.

Vaccination days have been canceled in Turku, Vaasa, Rovaniemi, Keminmaa and Inari. In Lapland, vaccinations are running out in Tornio and Ylitornio.

Flu shots are running out in the cities of Helsinki, Tampere, Orivesi and Turku, as well as in the South Karelia Social and Health Care District (Eksote). A shortage was also reported in the Kainuu region.

No new vaccination appointments will be made, but people with existing appointments can receive the vaccine for as long as the doses last.

THL had previously estimated that there were enough influenza vaccines for the groups listed in the vaccination schedule despite high demand. It includes social, health and medical personnel, pregnant women, children under the age of seven and people over 65, those belonging to groups at risk due to illness or treatment, and military conscripts.

Signs of a shortage were reported last week in private clinics, but now even the national immunization program is facing a shortage.

The situation is almost unprecedented, according to Kari S. Lankinen, chief medical officer of the primary health care unit of the Länsi-Pohja health district.

“Spurred on by media publicity and the coronavirus epidemic, there has been unprecedented vaccine positivity. The influenza vaccine entered the national immunization program exactly 40 years ago and has never run out before,” Lankinen said.

In the fall, THL acquired around 1.8 million vaccines for the national program, and according to THL, more than 400,000 vaccines had been purchased on the open market.

Today, the stocks of pharmaceutical wholesalers are exhausted and fresh stocks are not readily available abroad.

THL delivered its own vaccines throughout Finland to around 60 hospital pharmacies or drug treatment centers, from where they were distributed to municipalities and health facilities.

New coronavirus restrictions and recommendations in effect in December