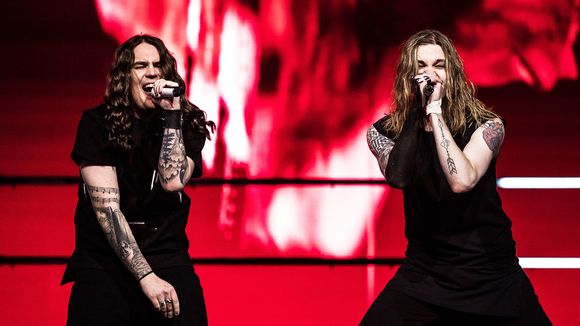 The metal band’s song “Dark Side” was the crowd favorite with 551 points, while runner-up Teflon Brothers and Pandora drew 180 points.

The winner was selected by a combination of votes from the public (75%) and an international jury (25%).

Reacting to their victory, the group said: “The Finns have understood the country’s TBEN”, alluding to Finland’s reputation as a “great metal nation”.

In May, the group will face 40 other artists in Rotterdam, where Blind Channel has said it hopes to see at least a few people in the audience.

“It’s much cooler to perform in front of an audience than right in front of the cameras”, singer-guitarist Joel hokka said, because Saturday’s qualifying competition in Tampere did not have spectators due to the coronavirus situation.

Historically, Finland has rarely done well in ESC and has only won the longest-running annual international songwriter competition once.

The monster-costumed metal band Lordi made Eurovision Song Contest in 2006 when they became the first hard rock group and the first Finnish entry to win the competition, with their song “Hard Rock Hallelujah” .

In 2020, the pan-European song competition organizers canceled the event due to coronavirus.

Minister: State will support the event industry for cancellations caused by Covid restrictions