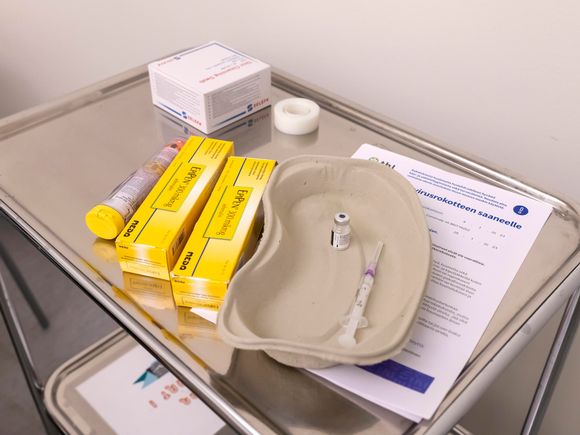 Finland aims to secure a larger share of joint procurement of the EU’s BioNTech-Pfizer coronavirus vaccine than it would be allocated based on its population.

It depends Tuija Kumpulainen from the Ministry of Social Affairs and Health, which said on Yle’s A-Studio program on Tuesday that negotiations were underway.

The EU has effectively doubled its Covid vaccine order from 300 million doses to 600 million, with deliveries starting in the second quarter of the year.

These vaccines would be distributed according to the population size of EU countries, but some countries did not purchase their full vaccine allocation because the vaccine must be stored at -70 degrees, making logistics difficult for a vaccination program.

Kumpulainen said on Tuesday that Finland got hundreds of thousands of additional doses from the original order in the fall, but declined to say exactly how many.

It has been reported that at least Germany, Denmark, France and Estonia have also purchased additional doses of the vaccine.

The Finnish government has been criticized over the pace of the vaccine rollout, and earlier this week the Prime Minister Sanna Marin asked the European Commission to speed up supply lines.

The BioNTech vaccine occupies a crucial position as the only approved vaccine widely available for EU countries. The Moderna vaccine that was approved last week remains in short supply, with the first shipments heading to Italy and Spain this week.

Mia Kontio of the National Institute for Health and Welfare (THL) told A-Studio that Finland has ordered around two million doses of the Moderna vaccine, and a few thousand doses are expected this week.

Some 100,000 doses of the BioNTech vaccine have already arrived, and another 50,000 are expected Wednesday and Thursday, according to Kontio.

As of Tuesday evening, Finland had administered more than 50,000 doses, according to Kontio.

The Bharat Express News - January 16, 2021 0
Team DEL vs HAR Dream11 Prediction: This is the clash of two giants from northern India in the...