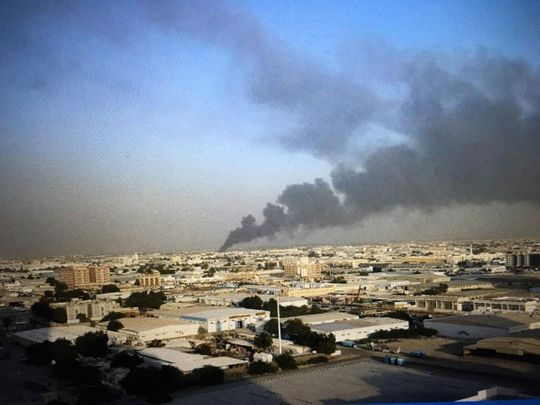 Sharjah: A fire broke out on Saturday afternoon at a construction site that contained auto parts in Industrial Zone Six in Sharjah. No injuries were reported, according to civil defense teams.

Motorists heading towards Dubai, Sharjah and Ajman have reported seeing thick plumes of black smoke billowing from the eviscerated.

Col. Sami Khamis Al Naqbi, Sharjah’s director general of civil defense, said he received a call at 4:06 p.m. and immediately dispatched firefighters from three fire stations to the scene. Police cordoned off the area to allow Civil Defense to quickly bring the blaze under control, but it was not immediately clear what had started the blaze.

Firefighters have the blaze under control and the site will be turned over to forensic experts to uncover the cause of the blaze.