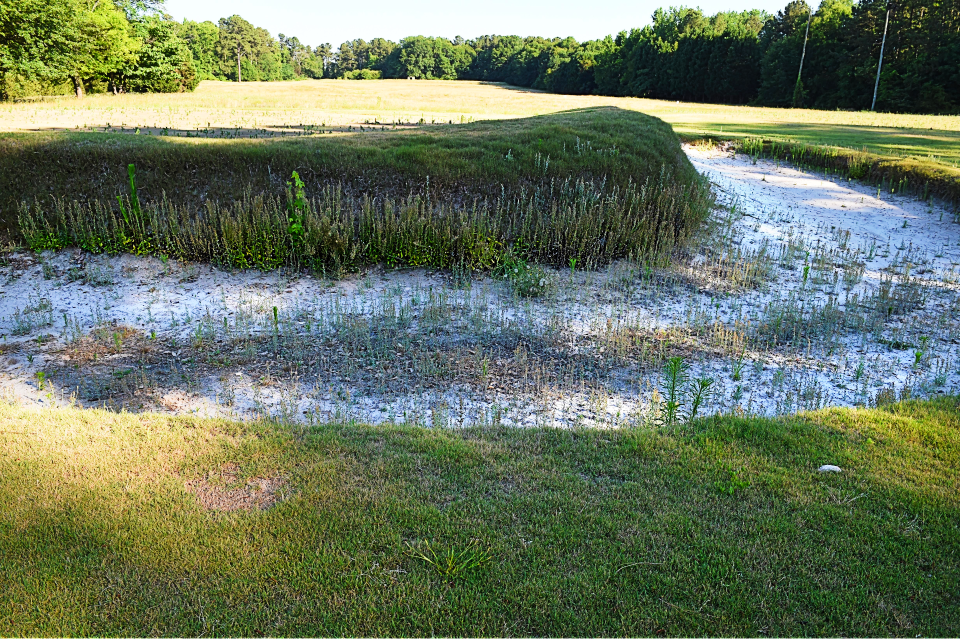 Plans to revive the former Jones Creek Golf Club course could be jeopardized unless the separately owned former clubhouse becomes part of the development agreement.

The track in the Jones Creek subdivision of Evans closed in September 2018. In 2019, the course’s clubhouse and adjoining parking lot were purchased by home builder Mark Herbert’s company MBH Holdings, and the building continued to be leased to a hospitality company while the course itself was still looking for a new owner, falling into disrepair. disuse and later foreclosure. The course was not sold at public auction in October 2020.

Now Herbert is asking Columbia County to change its property’s zoning designation so that it can only be used as an “event, hospitality and meeting space; restaurant room; and catering area and kitchen.” According to the request, the building could not be legally permitted to function as a golf clubhouse.

But golf event services company Bond Golf Global has told the Jones Creek HOA of its interest in helping rebuild the 48-year-old course into a “full training facility” to open in September, working with veteran golf pro Darren May of golf development company Black Cat Athlete. The plan is to “have Jones Creek fully functional by the end of 2024” with a reopened golf course, Bond Golf founder Andrew Brooks wrote in a letter to the HOA.

The clubhouse “is the core of the golf course, providing a natural center and meeting place for golfers and the community, with its parking and storage areas designed for the golf course,” he noted. “It would be very important that the clubhouse becomes part of the development plans. Separating the clubhouse and moving it outside the facility will make selling the golf course and existing plans for the academy very difficult, reducing the future potential for Jones Creek golf course.

Harry Revell, attorney for current course owner Julian Saul, agreed. Many legitimate buyers and “many bottom feeders” have expressed interest in purchasing the property over the years, but all negotiations had stalled. Bond Global had emerged as a new bright spot, and Saul has so far supported the company’s work in trying to revamp Jones Creek’s golf facilities.

“We were very optimistic that we would have a deal but the clubhouse blew it because without exception anyone who has expressed an interest in buying the property must have the clubhouse,” Revell said on Sunday. “Without the clubhouse it just doesn’t work.”

What are the complications?

Dozens of members of the Jones Creek Homeowners Association filled rooms in the Evans Government Complex on Sunday afternoon to learn more about Herbert’s rezoning request and its potential impact on the golf course’s future.

County Manager Scott Johnson, who invited the HOA to his meeting, told residents it was “almost the job” of Herbert as the property’s new owner to seek a repurposing of the property so he can use it as he pleases.

Other ownership factors complicate the property. While the golf course has one owner, Saul, and the clubhouse has another owner, Herbert, the Jones Creeks pool and tennis courts are owned by the HOA. The only access to those amenities is through vaguely defined easements through the private clubhouse.

“As far as I know, that easement has not been defined. That’s a problem, and I’m telling you all this up front because I feel like that’s a problem for you,” Johnson said. “If you really wanted to get down to business, if MBH Holding said, ‘You can’t enter my property to get to the pool or the tennis courts’ and he put up fences, I don’t know there’s a whole lot there would be You have an easement, but it’s not a defined easement. What we really need is a defined easement.”

Tripp Nanney, president of the Jones Creek HOA, said 79% of respondents disapproved of the clubhouse’s proposed repurposing, according to a poll he recently sent out to residents. He said he will present those results to members of the Columbia County Planning Commission, who will vote to approve or deny Herbert’s rezoning request on Feb. 2, and members of the full board of commissioners, who are expected to receive final approval or denial. will give the request February 21.

“I’d like to think that our collective voice would make a big difference to that,” Nanney said. “We will see.”

Revels said that in his professional dealings with the county, “I’m convinced that commissioners, all of them, want to see a golf course at Jones Creek.” However, adding his opinion outside of his professional capacity, “if another person buys this property, manages to repurpose it and puts something commercially viable in it, whatever that may be, you will never have a golf course here – never. ”

Looking ahead, the 2023 men’s major championships include Augusta and Royal Liverpool