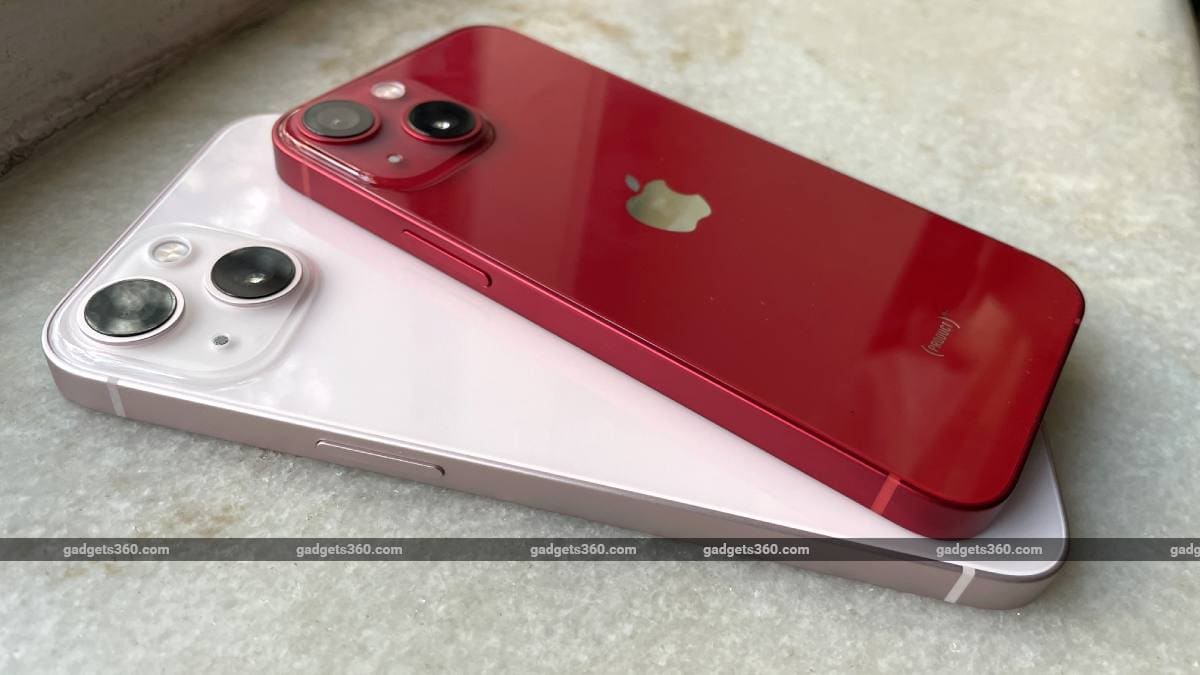 This year, Apple updated its four mainstream iPhone models without changing too much in their design, sizes, and how they stack up against each other. The iPhone 13 Pro and Pro Max have premium camera features and build quality, but their steep prices will keep them out of the reach of many people. Many buyers looking for something new will focus on the two most common options, the iPhone 13 and the iPhone 13 mini. These should be good enough for most people, but they will have to prove that they are better than their predecessors, which remain on sale, as well as many much cheaper Android phones with competitive features and specifications.

The iPhone 13 and iPhone 13 mini are almost identical in terms of design and specifications. They have different screen sizes and battery capacities, and just like last year, the iPhone 12 mini has slightly slower wireless charging, possibly due to thermal stress in its small body. Beyond that, they offer the same capabilities, so your choice between them depends on your budget and personal preferences.

ALSO READ  Apple is set for another record quarter

For people who are upgrading from an older smartphone or just prefer something as light and discreet as possible, the iPhone 13 mini continues to serve as the familiar way forward. A lot of people don’t like the fact that consumer phones are now all big enough. Sadly, it doesn’t seem like that’s enough to maintain that form factor beyond the current generation – lingering rumors suggest it could be the last iPhone of its kind.

There are also some new colors with this generation. Black and white have been replaced by Midnight and Starlight, which are less austere and more neutral. There are still Blue and (Product) Red options, but they are not the same shades as before. Pink is a whole new option, and it’s surprisingly pale – almost white, with just a slightly warm blush tone. Hopefully we’ll see more variety mid-cycle, if Apple repeats what it did with a surprise additional color option for the iPhone 12 series earlier this year.

You will immediately notice the new diagonal camera arrangement on the back. It’s an odd design choice for Apple, a company that usually goes too far in trying to make everything as slick and minimalistic as possible. The rings around the cameras are also brighter than on last year’s models. Another big change is a narrower notch. Apple claims to be 20% smaller, but it’s also deeper than before, so that might not improve anything.

Apple has reserved its 120Hz ProMotion refresh rate feature for iPhone Pro models. If you use them side by side, the iPhone 13 and iPhone 13 mini are not as smooth as the iPhone 13 Pro and iPhone 13 Pro Max. It’s not a big deal, but would be nice to have, especially since many Android phones are priced well below Rs. 20,000 have at least 90Hz screens these days. Other than that, the screens of both models are very crisp and the colors are vivid. They support HDR playback and automatic True Tone color temperature adjustment.

All new iPhones have an IP68 dust and water resistance rating, and all use Apple’s Ceramic Shield material for their displays, which should hopefully mean they can withstand scratches and to shocks. IPhone 13 and iPhone 13 mini have matte aluminum bands on all sides. Both of these phones are slightly heavier than their predecessors, but still comfortable enough for one-handed use.

The new notch is narrower but also deeper, so it can still be awkward

Apple’s A15 Bionic SoC is common across the entire iPhone 13 lineup, but both non-Pro models have slightly weaker onboard GPUs, with just four cores instead of five. You still get six processor cores (two high power, two efficient) and 16 Neural Engine cores. Apple doesn’t disclose RAM amounts or battery capacities, but says battery life is up to two and a half hours better than the previous generation.

You get the same flagship camera features as with the Pro models: Cinematic Mode, which automatically adjusts focus between subjects in a frame, and Photographic Styles, which let you customize tone and focus. the character of the photos you take before they are rendered. It’s also worth noting that sensor displacement stabilization, previously exclusive to the iPhone 12 Pro Max, is not standard on all four models. You don’t get the Pros’ 3X telephoto lenses, however, or the ability to shoot macro photos and videos. The wide and ultra-wide cameras are also not the same as the Pro models and have slightly lower specs.

It will be interesting to see if the iPhone 13 and iPhone 13 mini offer enough to stand out from the iPhone 12 and iPhone 12 mini, respectively, which remain on sale at lower prices and benefit from the new iOS version. 15. This is what we will try to decide in our full review, which is coming very soon.