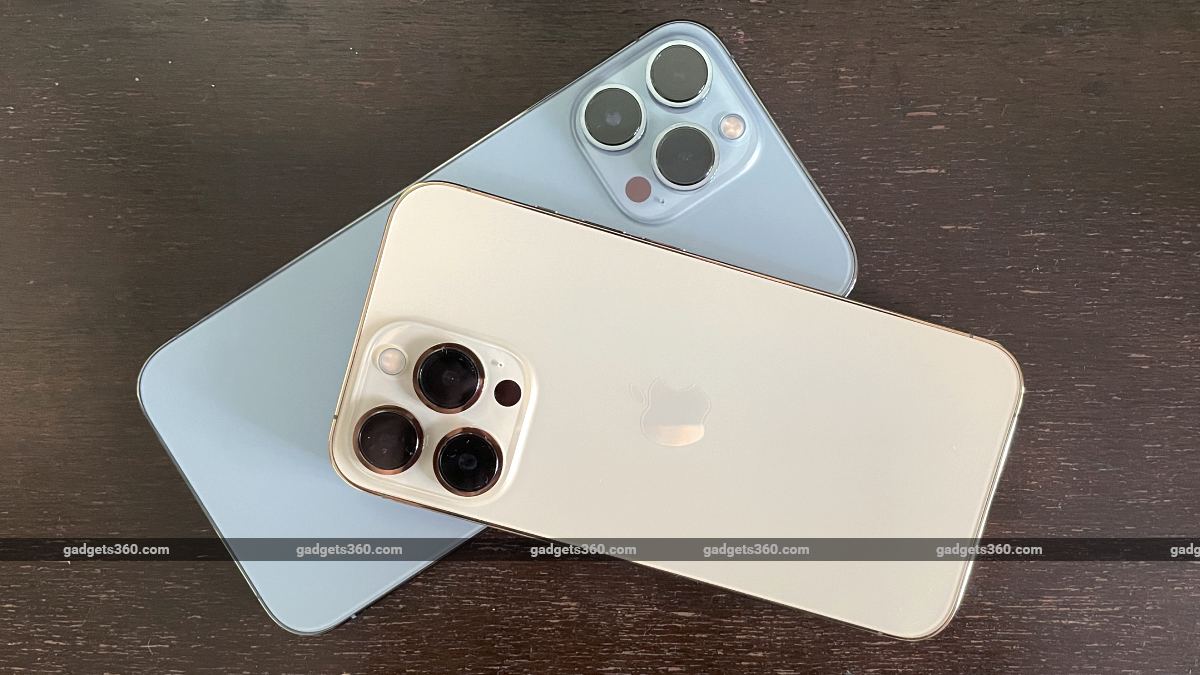 If you always buy the best of the best, regardless of the price, you won’t consider any iPhone model below the new iPhone 13 Pro and iPhone 13 Pro Max. Of course, as with any new generation, you get better power and overall refinements, but the main selling points of the new iPhone 13 Pro models are their camera capabilities, which Apple calls the biggest leap forward. before. In fact, Apple seems to be targeting amateur and professional video makers, which could open up a whole new market for ultra-premium smartphones.

This is the first time Apple has offered an iPhone with 1TB of space, and it’s surprising that there are four storage options for the same phones at the same time. That’s a huge gap, with the top-of-the-line versions of each model offering 8 times more space than the base versions. There is a slightly odd restriction with 128GB units – you can only record ProRes videos at 1080p 30fps, while the top three storage levels allow you to record 4K 30fps. This could be due to lower write bandwidth or just because Apple doesn’t want you to run out of space too quickly – references could reveal more once these phones are on the loose.

You also have four color choices – Graphite, Silver, Gold and Sierra Blue, this generation’s new signature color. Apple’s launch event and promotional images make Sierra Blue look light and bright, which would have been surprising. In the real world, it looks more like a blue-gray and is actually very subtle and smooth. Apple says it has developed a new “nanoscale” ceramic deposition process to create the Sierra Blue finish.

This year, there is no difference between the capabilities of the iPhone 13 Pro and the iPhone 13 Pro Max; the screen size and battery capacity are the only things that set them apart. Last year, if you wanted Apple’s best camera implementation with Sensor Shift Stabilization, you had no choice but to pay for the iPhone 12 Pro Max, but this time the choice between the two really depends on your personal preferences.

You don’t get anything in the box other than the phone itself, a USB Type-C to Lightning cable, a SIM eject pin, and an Apple sticker – solid white, no color coordinated like the ones you get with the new iMac.

The iPhone 13 Pro Max is definitely heavy, at 238g. There’s no denying that this is a bulky phone and feels awkward in a pants pocket. The iPhone 13 Pro is more practical, but also a little heavier than the average at 203g. Both models are IP68 water and dust resistant and also use Apple’s Ceramic Shield material on the front, which is said to be stronger than standard glass.

Apple changed the shape of the notch for the first time since its introduction on the iPhone X. It is now narrower, but also deeper. It’s certainly still noticeable, but if it’s better or worse than before, it will become evident after using these phones for a while. The 120Hz ProMotion display is a long overdue feature, and it really makes the user interface more responsive, compared to even an iPhone 13. There is no always-on display feature, which it used to be. widespread before launch.

Inside we have Apple’s new A15 Bionic SoC, which has two powerful processor cores and four additional efficiency cores, as well as an integrated five-core GPU and a 16-core neural engine. Apple says it has beefed up the image signal processor. Apple doesn’t disclose RAM capacities or battery sizes, but says you can get up to two and a half hours better battery life with the iPhone 13 Pro Max compared to the iPhone 12 Pro Max (Review), and it’s an hour and a half better for the iPhone 13 Pro compared to the iPhone 12 Pro (Review).

The camera hardware has also been completely overhauled and both phones have exactly the same capabilities. The wide camera now has an f / 1.5 aperture, the ultra-wide has an f / 1.8 aperture plus the ability to shoot macros, and the telephoto lens has a surprising f / 2.8 aperture plus a 3X optical zoom, compared to 2.5X. All three cameras have resolutions of 12 megapixels. ProRAW stills and ProRes video recording are exclusive features of Pro iPhones.

Two big features that all iPhone 13 models share are Cinematic Mode and Photographic Styles. Cinematic video uses AI models to detect subjects in your frame that need to be in focus. If someone in the foreground looks away or someone in the background starts talking, the focus will automatically adjust. Apple says it can even anticipate when someone new is about to step into a frame. This could be used to alleviate some of the filmmaking effort, especially if you are an amateur video maker. It even works with the front camera and you should also be able to manually change the focus points in the video after it’s recorded.

Photographic Styles allow you to customize the way your iPhone processes colors and tones, giving you control over decisions typically made by camera manufacturers. If you like fine-tuning photos in RAW processing tools, you’ll like the ability to basically create your own color profile.