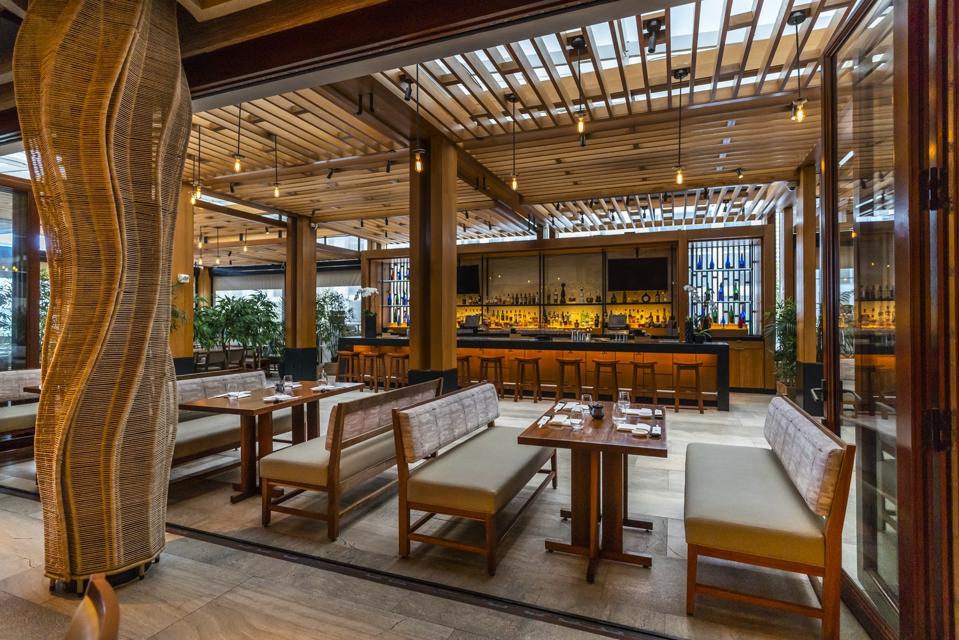 The pandemic has forced everyone to stay put this year, leaving travelers with an unfulfilled urge to experience something new in 2020. People all over the world are getting creative and finding ways to get out without traveling too far. from their house.

One interesting approach is to take some of your saved travel funds and allocate them to a special occasion type experience, perhaps a private visit to a local museum or a private chef coming to your home.

Or maybe you could try that special restaurant you’ve been looking for (respecting your area’s safety protocols, of course). Here in Miami, there are plenty of restaurants that fit this bill, although few have the backstory and prestige of Nobu Miami.

Global brand known for adapting to its location, Nobu is a prime candidate for a special night out on the town. So what can you expect and what do you need to know before you get the most out of it? Below, we’ve put together a beginners guide to Nobu Miami to help you navigate the experience.

The original Nobu restaurant made its New York debut in 1994 as part of a partnership between Nobu Matsuhisha, from which the brand takes its name, and a guy named Robert De Niro. Matsuhisha, originally from Japan, worked in Peru and Argentina before coming to the United States.

As the story goes, De Niro ate at Matsuhisha’s restaurant in Los Angeles (called Matsuhisha) in 1987. The famous actor then approached the aspiring restaurateur, encouraging him to open a restaurant in De Niro’s hometown. , New York.

Flash forward, and the duo have opened around thirty Nobu restaurants on five continents, as well as more than a dozen hotels under the Nobu brand. The Nobu Miami is located in the Nobu Hotel Miami Beach, which is part of the historic Eden Roc Miami Beach, which attracts a mix of guests and locals.

Despite its worldwide success, Nobu has remained accessible in its image. Of course, you don’t want to appear in sweatpants, but there’s no reason to get carried away.

A simple evening dress will do in most cases, and some places have pretty loose guidelines. Nobu Miami, for example, has an outdoor bar with TVs that reflect the brand’s laid-back image.

“Nobu was revolutionary when it first opened because it was the first casual restaurant of its kind, ”said Thomas Buckley, business manager at Nobu Miami. “People were shocked because it was a Michelin star restaurant with no tablecloths. You’ve shared plates, chopsticks, and you don’t need 20 different glasses. Nobu didn’t have to be flashy. The emphasis was on food.

What to know before you go

There are a few things to know before going to Nobu for the first time.

Most importantly, the menu breaks down into two main concepts – classic dishes and local specialties.

Classic dishes are those that have been with Nobu from the start, and which are, in part, responsible for making the brand what it is today. These dishes include miso-marinated black cod, rock shrimp tempura, jalapeño yellow tail sashimi, and king crab tempura.

The next wave of Nobu dishes, known as Nobu Now, was born out of regional flair. Each venue has the freedom to experiment with local ingredients and create dishes that pay homage to Nobu traditions while representing and embodying the destination.

Nobu Miami, for example, embraces Miami’s infamous stone crab season (October-May) and its dishes tend to reflect the city’s South American vibe with added acidity and spice – which in ultimately, works well with Matsuhisha’s experience in Peru and Argentina. Buckley says Nobu takes great pride in using local ingredients, including fruit that he grows himself in his garden.

Another thing to note is that many Nobus have special promotions and Tanoshi happy hour which makes them a good affordable introduction to the restaurant. In Nobu Miami, Tanoshi Hour (daily, 6 p.m. to 7 p.m.) offers half-price cocktails and a five-course bento box, which includes a variety of classic dishes, for a reasonable price of $ 40. .

Nobu Miami also has a teppanyaki table, which is not available at all Nobus.

What to order your first visit

The experience of sitting at your table and looking at the menu is a warm thought for restaurant goers (at least, back in the days when there were printed menus).

But Buckley suggests giving up this ritual in favor of simple trust. Nobu’s omakase menu – which translates to ‘trust us’ – is designed for beginners. Offering seven classic Nobu dishes, the waiter will guide you through Nobu’s history, explaining each of his classic dishes and recommending sake pairings.

If you’re not in the mood for a tasting menu, Buckley still suggests letting your waiter give the orders.

“Servers learn the first day they’re here to read a table, depending on how many times they’ve been and the preferences of each guest,” Buckley said. “If a guest doesn’t want to commit to a tasting menu, we still recommend that they trust the waiter to frame the experience for them. Some dishes go very well together and we try to complement the flavors in the right order. The menu is quite large and you may not get the same experience if you browse it yourself. This way, we recommend that you let the waiters help you choose your à la carte dishes. “

What to order your second visit

So you have been once and enjoyed the experience. Now what? Is there a compelling reason to go back?

Buckley says the second time at Nobu can be even more rewarding than the first, thanks to its many variations on the omakase menu.

What’s on the second side? A deeper dive into the evolving creative mind of Nobu, you might say. While the first visit will deal with the classics, a second (or third) visit will give you the opportunity to familiarize yourself with the Nobu Now range. It tends to be more experimental, with dishes coming and going based on seasonality. Buckley also recommends asking about the chef’s daily specials on repeat visits. They often take precedence over the most popular classics, but reflect the chef’s latest inspirations.

Finally, Buckley humbly returns to his main piece of advice: trust. Unlike most restaurants, where the menu is what it is, there aren’t as many rules in place at Nobu. While the omakase menu is generally designed for the first timers, the second, third, and fourth timers can use it over and over again.

“It doesn’t matter how many times you’ve been there,” Buckley said, referring to the fact that tasting menus at Nobu are always personalized from table to table. “Omakase is designed to suit the guest. Be upfront about your history and culinary preferences, then sit back and trust your waiter. This will open up a whole new world of what’s available. “

Wildlife Photographer Of The Year: 25 Amazing People’s Choice Pictures To Vote For