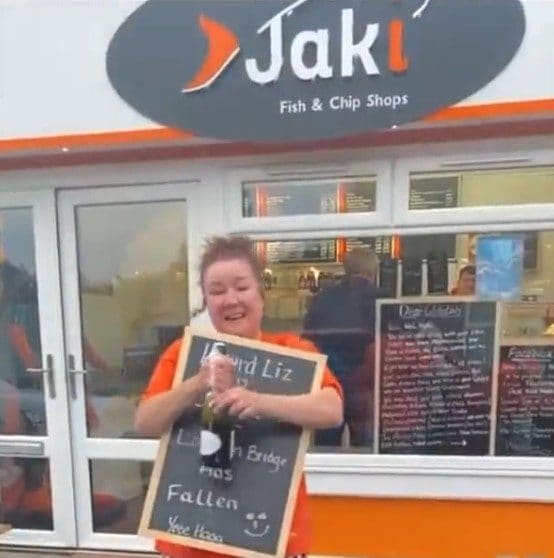 After the images quickly spread on Facebook, a mob of 150 outraged residents stormed into the store last week, threw eggs and sprayed the windows with ketchup, forcing the business to temporarily close.

Police were called and officers were forced to close the business out of concerns for Ms Pickett’s safety. As she drove off, accompanied by a police escort, the crowd “pelted” her car with stones and chased it loudly, according to a witness.

And the store was subject to further vandalism Friday night when the windows were smashed with a hole at the bottom of the large pane, with photos circulating on Twitter showing the damage.

A Police Scotland spokesperson said: “Agents received a report of damage to a property in the Seaforth Road area of ​​Muir of Ord believed to have happened between 7.30pm on Friday 9 September and 10.30am on Saturday 10 September 2022.

“The investigation is still ongoing to determine the circumstances.”

Ms Pickett’s membership of the National Federation of Fish Friers was revoked last week in response to the original social media post.

In a statement, the NFFF said: “The NFFF has been made aware of social media posts posted by one of our members that are of extremely bad taste and completely go against all the values ​​that our organization and industry hold dear. stand.

“We have discussed this as a board and have made the decision to revoke this business owner’s membership and we will be writing to them and asking them to remove all associations of the NFFF from its business, social media and websites.”