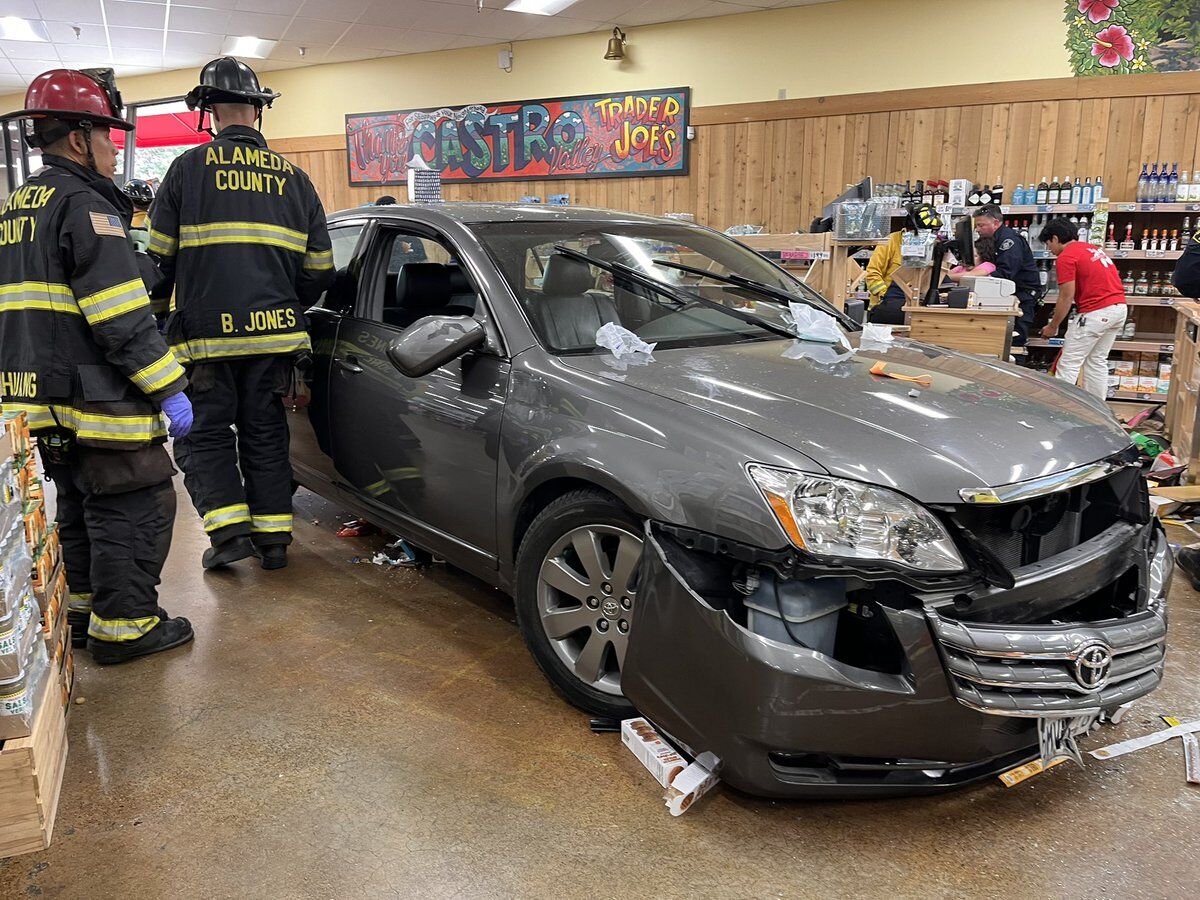 Five people were injured Thursday when a car crashed into a Trader Joe store in Alameda County, firefighters said.

The incident was reported in the Castro Valley market around 5 p.m.

Photos taken at the scene show a silver sedan sitting in the center of the store, surrounded by the ephemera of Trader Joe and firefighters.

The driver, who had rushed into the store from the parking lot, is working with authorities, California Highway Patrol Officer Dan Jacowitz told Bay City News teleservice.

Investigators don’t believe the crash was intentional, and drugs or alcohol are not believed to have played a role, Jacowitz said.