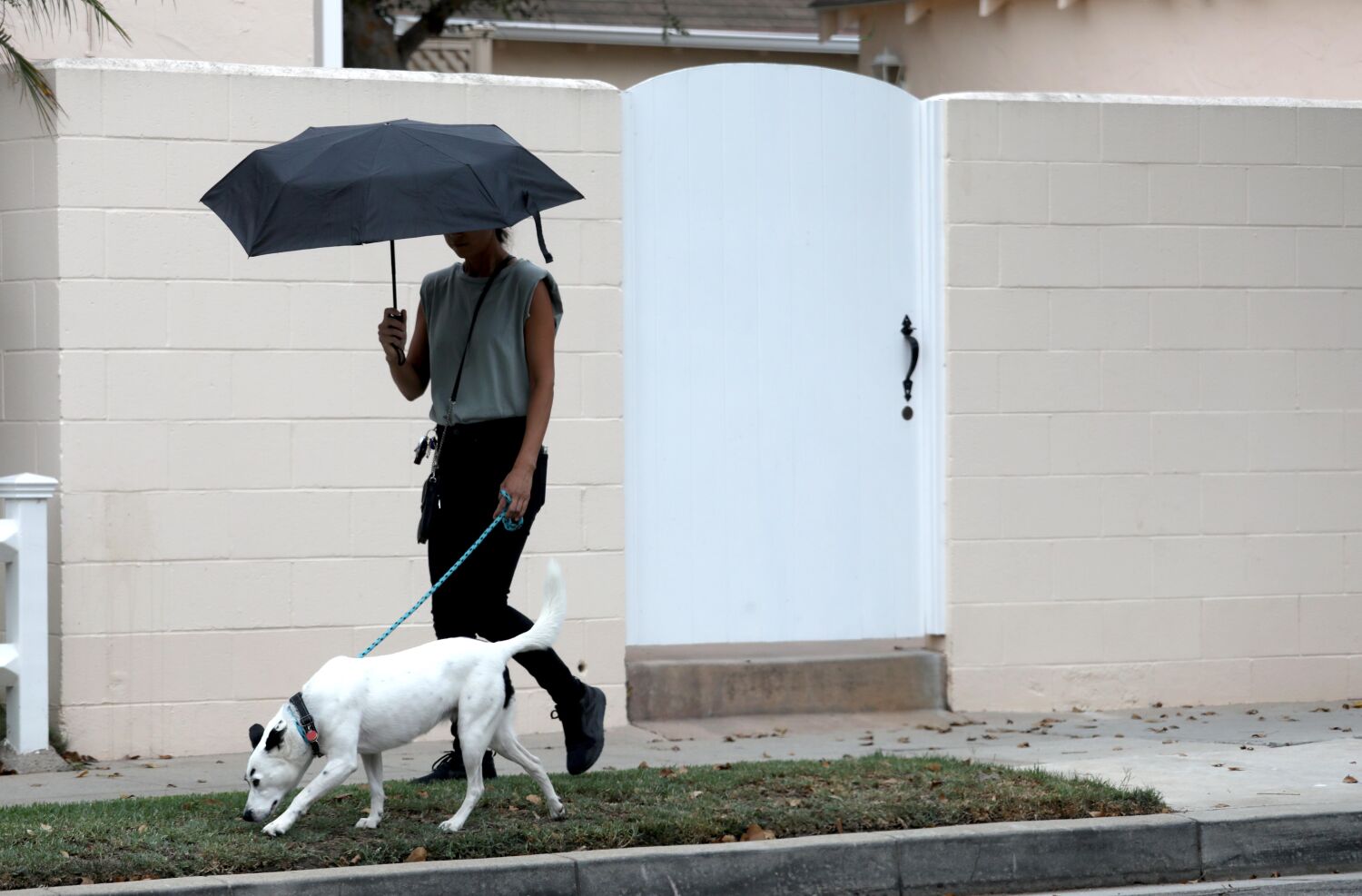 In LA County, San Dimas, Glendora, Pomona, La Verne and Claremont are among the areas expected to see flash flooding, the warning said. The warning is in effect until 9 p.m.

In San Bernardino County, where the warning is in effect until 9:45 p.m., affected areas include San Bernardino, Rialto, Highland, Muscoy, Crestline, Devore and the I-15 Freeway through Cajon Pass.

Between 0.75 and 1.25 inches has fallen in San Bernardino County, and officials expected an additional 0.75 to 1 inch.

Most flood deaths occur in vehicles. People in affected areas are advised to exercise caution around streams, crevices, highways, streets, underpasses and other poor drainage and low-lying areas.