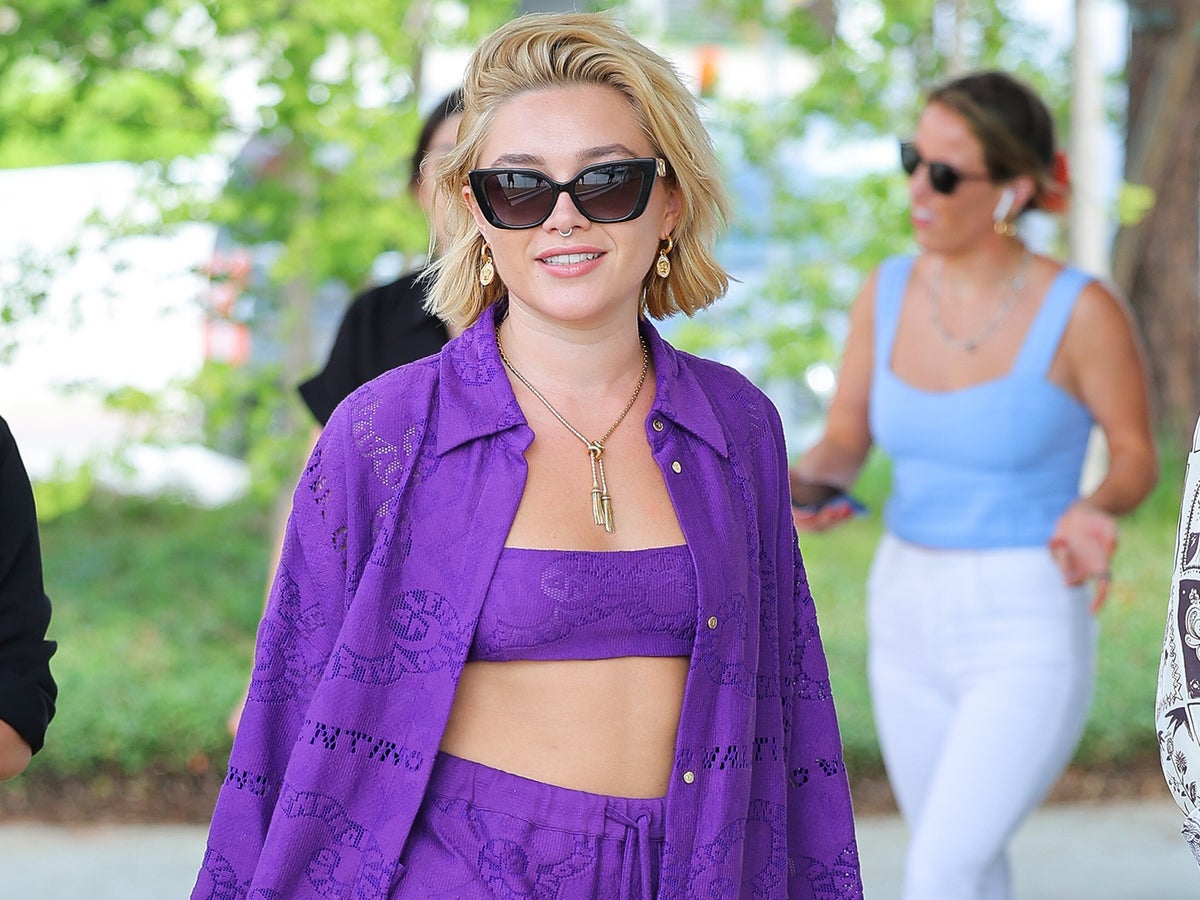 The 26-year-old actor flew from Budapest to Italy, where she is filming the sequel to Dune.

Her afternoon flight meant she couldn’t attend the press conference for her new movie, which was directed by Olivia Wilde and starring Harry Styles, Chris Pine and Gemma Chan.

Wilde, Styles, Pine and Chan appeared Monday morning for the press conference at a photocall for the film.

Pugh will attend the premiere of the controversial film before flying back to Budapest on Tuesday morning.

Before her arrival at the airport, Pugh wore a Valentino royal purple combo consisting of shorts, a bralette top and an oversized shirt, all in the same design.

The look is taken from the Valentino Resort 2023 collection and Pugh has accentuated it with black sunglasses, gold earrings and a gold septum ring.

The second image from the series gave fans a taste of what Pugh could be wearing at the film’s premiere, when she showed off an array of red Valentino lipsticks on a makeup table.

Fans were quick to comment on Pugh’s look, with fashion designer Harris Reed writing, “You look F***ING STUNNING I LOVE YOU.”

Pugh’s appearance with the Prime Minister comes after a rumored feud between the actor and Wilde.

When asked about the feud during today’s press conference, Wilde replied: “She’s amazing in the movie and as for all the endless gossip and all the noise out there, I mean the internet feeds itself. I don’t feel the need to contribute, I think it’s nourished enough.”

The Bharat Express News - September 30, 2022 0
Ed Sheeran must plead his case in front of a jury, a judge has ruled after he was accused of removing elements of his...