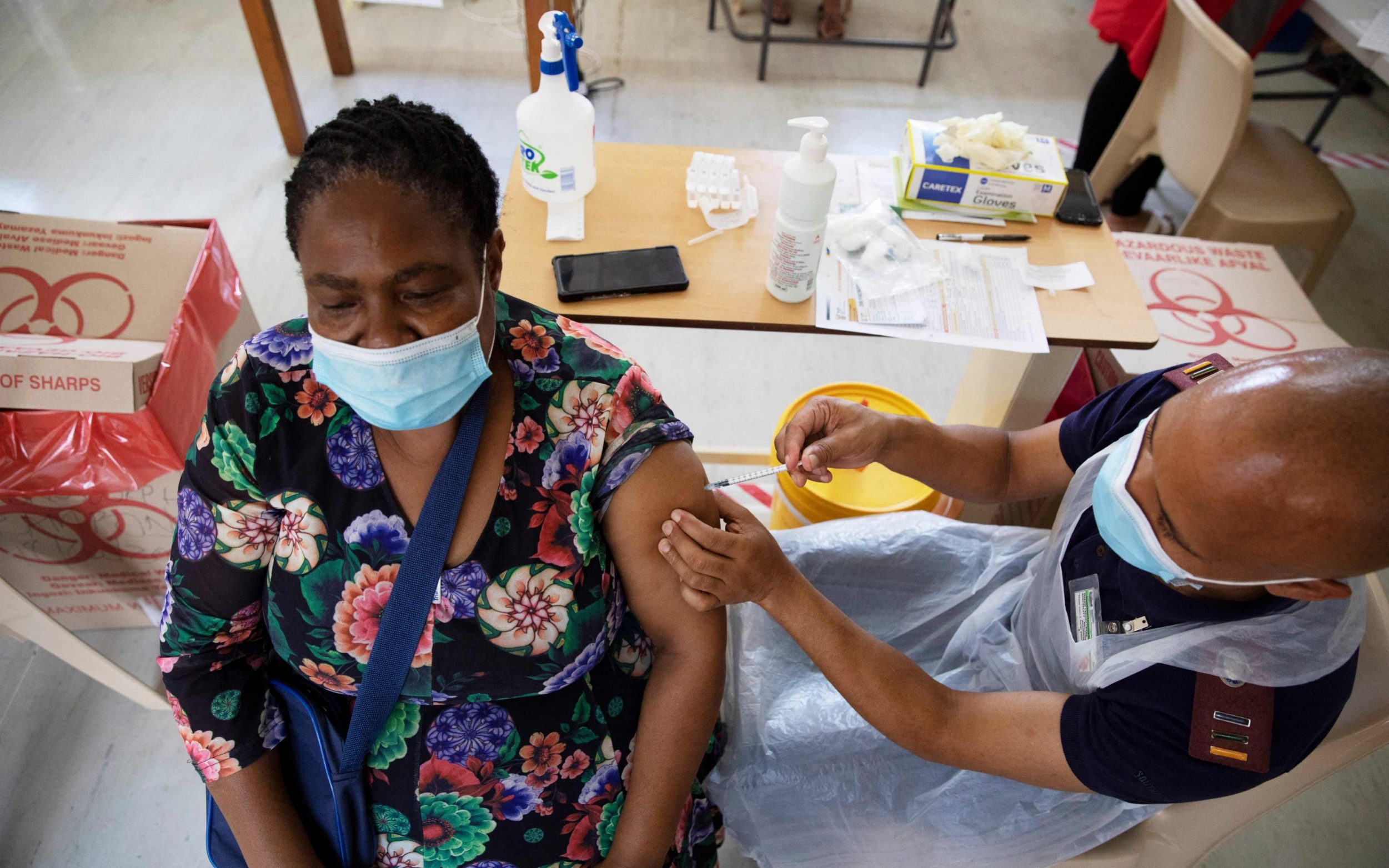 Fake news and conspiracy theories about Covid-19 vaccines flourish in Africa as a second wave of infections hits the continent hard and vaccination campaigns struggle to take off.

Fake news circulating on social media includes allegations that two children died in Guinea after being vaccinated against Covid-19; an Indian company supplied South Africa with an ineffective Covid-19 vaccine that was close to its expiration date; and former US President Barack Obama warned Africans not to get vaccinated.

Health officials across Africa fear this “infodemic” will further complicate late vaccination campaigns on a continent that has always been pro-vaccine.

“This is a huge concern and something that needs to be addressed very strongly for people to understand the facts,” Dr Matshidiso Moeti, World Health Organization director for Africa, told reporters at the start. of the month.

“In general, people have been positive about immunizing their children. It is only recently that anti-vaccine initiatives have started to land here.”

A global survey conducted by health charity Wellcome in 2019 showed that Africa has more confidence in vaccines than any other continent, with nearly 90% of respondents agreeing that vaccines are safe and effective.

But confidence in Covid-19 vaccines, as in other parts of the world, has been much lower due to misinformation around the disease and concerns about the record pace of vaccine development. And some of these false claims have been propagated by African leaders.

Tanzanian President John Magufuli declared the country coronavirus-free last year and his government has gone against WHO advice and scientific consensus to reject mask-wearing and social distancing. Mr Magufuli also warned that Covid-19 vaccines could be harmful and encouraged the use of unproven remedies such as steam inhalers and herbal medicine.

“Vaccines are not good. If they were, then the white man would have brought vaccines against HIV / AIDS,” Magufuli said last month.

However, he has since acknowledged that Tanzania was stricken with coronavirus after the death of a high-profile politician from the virus.

However, many countries are taking a different path and are including information campaigns in their immunization strategies, WHO told Telegraph.

The health ministers of Malawi and Rwanda stressed the importance of educating communities about vaccines as part of their upcoming immunization campaigns.

Rwanda’s health minister has said he would be happy to get the first shot to allay concerns, and Guinean President Alpha Condé has released a recording of himself receiving the blow. Ethiopia has already launched an information campaign on vaccines.

“Public awareness is important because there is so much negative propaganda, especially on social media. It is very important for us to educate our people and make sure that the vaccine is safe for them, ”said Malawi Minister of Health Khumbize Kandondo Chiponda.

To counter the infodemic, fact-checking groups have been working around the clock to refute the false claims. Journalists from organizations such as AfricaCheck and the French news agency TBEN, which have had fact-checking teams on the continent for years, have focused on disinformation about coronaviruses.

They report debunking more than 1,000 misleading reports about the virus since the start of the pandemic, including anti-vaccine messages.

Last month, the African Alliance in South Africa filed a lawsuit against the country’s top judge, Mogoeng Mogoeng, for claiming coronavirus vaccines were dangerous and ‘the devil’s work’.

“The real danger is that statements like Mogoeng’s will decrease public confidence in vaccines, and it hurts us all,” said African Alliance leader Tian Johnson.

“What officials say is important. When what they say puts lives at risk and spreads dangerous lies about vaccines, we will hold them accountable,” they added.

A year after the first coronavirus case was reported in Africa, new, more contagious variants have fueled a rapid rise in cases and raised concerns about the slow rollout of vaccines as rich countries stockpile doses. Cases have skyrocketed, particularly in southern Africa.

It is too early to say what the impact of these messages will be on immunization campaigns, which have still started in most countries in sub-Saharan Africa.

“The rhetoric around the safety of Covid-19 vaccines has done a lot of damage, we have to be honest about it,” said Richard Mihigo, program coordinator for vaccination and vaccine development at WHO Africa.

“It’s a little early to say what the impact will be, but in a few countries that have started vaccination, the preliminary information we are getting is that people are lining up to receive the vaccines, which is a nice surprise,” did he declare.

Star on Disney +: what to expect from the streaming service’s new channel

The Bharat Express News - February 27, 2021 0
They remain in the throes of marital blessing, having celebrated their two-year anniversary in September.And Justin Bieber, 26, and his wife Hailey, 24, looked...

ABOUT US
The Bharat Express News is your daily dose of Latest News, Entertainment, Music, Fashion, Lifestyle, World, Cricket, Sports, Politics, Tech, Business News Website. We provide you with the Latest Breaking News Straight from the India & all around the World on different categories.
Contact us: [email protected]l.com
FOLLOW US
© The Bharat Express News All Right Reserved