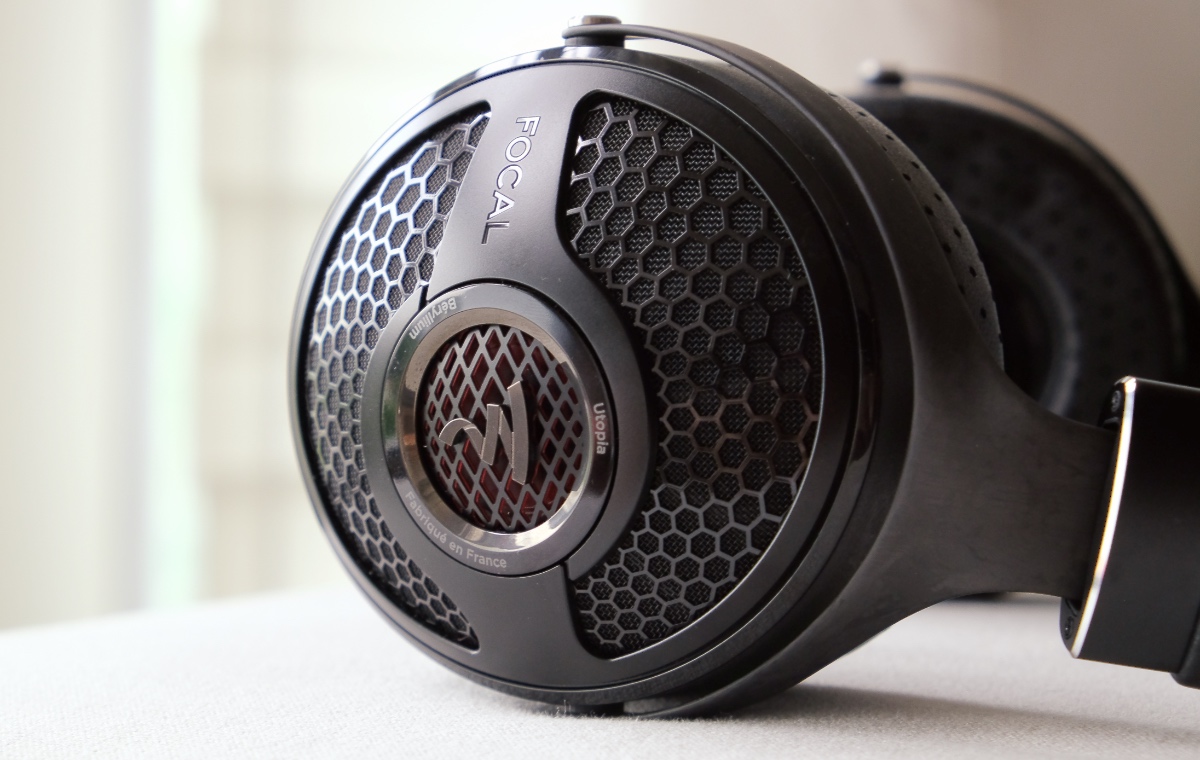 Focal Utopia (2022) review: Are these finally, and irrefutably, the world’s best dynamic headphones?

The personal audio equipment market has been one of the fastest growing segments of consumer technology in recent years. And I’m not just talking about true wireless earbuds, but also wired headphones, especially high-quality ones. How else can you explain the sheer number of high-end options currently available on the market?

Focal made headlines when it unveiled the first-generation Utopia in 2016. Here was one of the world’s top speaker manufacturers entering the high-end headphone space, and boy, did they do it in a big way. The original Utopia was designed with a different perspective (Focal mainly makes loudspeakers) and had an unusual M-shaped beryllium diaphragm. It also had the accompanying price tag. Fortunately, the way it sounded was just as great as the price. But it wasn’t perfect.

The most common complaint was that it could use more bass. Another common complaint about the Utopia was that it didn’t sound as wide as you’d expect from flagship-class headphones; especially against Sennheiser’s flagship HD 800S, which costs a lot less, by the way. Fortunately, Focal has listened to its customers’ feedback and believes that these issues have been addressed with the new second-generation Focal Utopia. 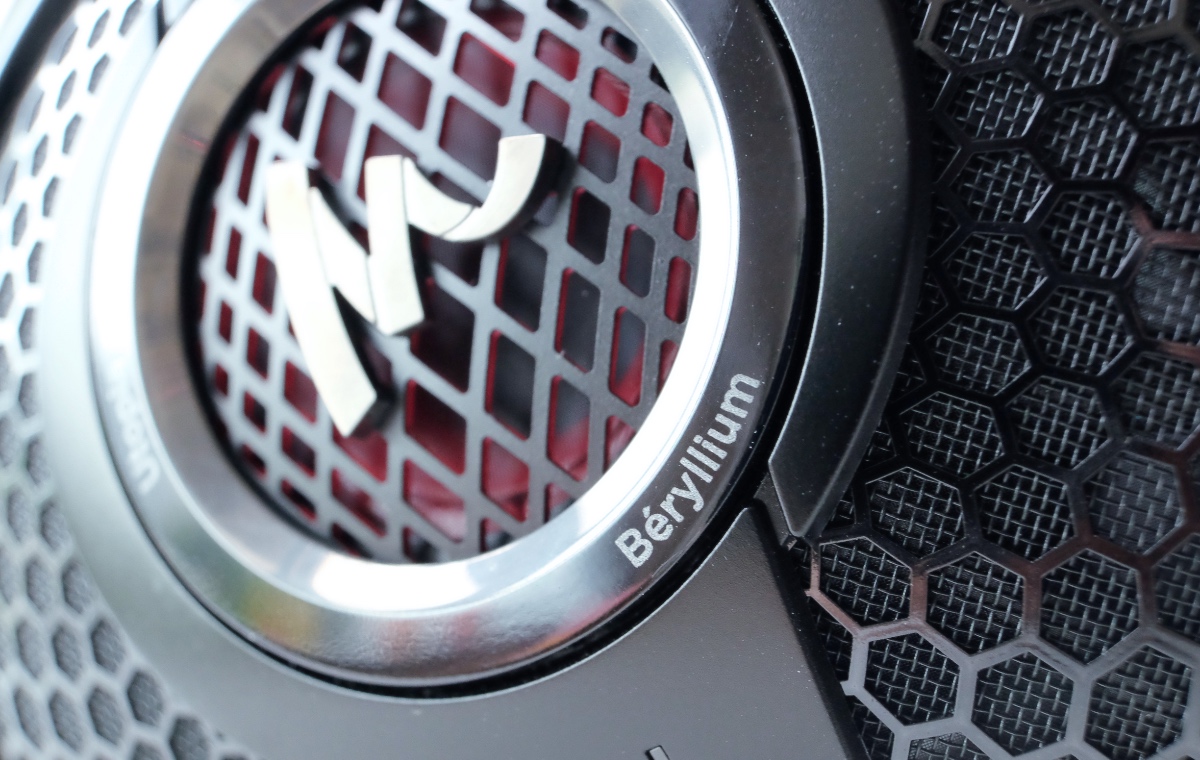 Like its predecessor, the new Utopia is a open-back dynamic driver headphones. Most people won’t notice it with just a cursory glance, as it largely resembles its predecessor. They are both black and have thick perforated leather headbands and leather ear cushions, carbon fiber yokes and metal grilles. However, they are tell-tales if you know where to look.

The yoke is recycled forged carbon fiber, so it has a distinctive marbled pattern. The grilles, both inside over the drivers and outside on the housing, are also different. The driver grille is now shaped like an M to follow the curve of the loudspeaker driver – the first generation Utopia has a flat grille. According to Focal, this results in a more linear high tones.

And based on lessons learned from the Focal Clear MG, the new Utopia features a honeycomb-patterned earcup grille, which Focal says is more open and allows the driver to decompress more fully. You also get the stylized Focal logo on the grille. The positions of the connectors are also slightly different. They are more closely integrated into the auricle of the new Utopia. 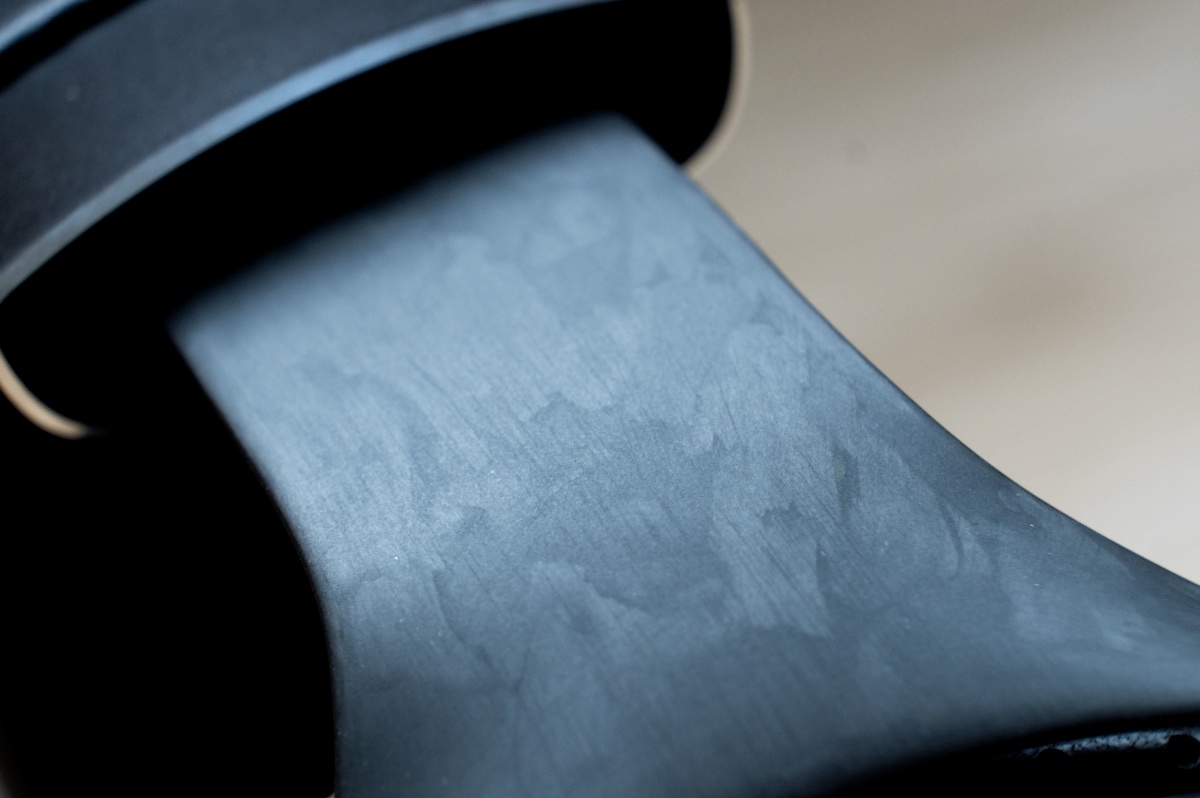 The other major difference is in the voice coil. It is now 30% copper and 70% aluminum, which Focal says improves reliability. I’m not insinuating that the first-generation Utopia was an unreliable pair of headphones, but if you entered the words “Focal Utopia driver failure” into Google Search, you’d find a not insignificant number of threads complaining about Utopia driver abandonment. We’ll never know the full extent of this problem, but it’s safe to say it’s more than what Focal wants, which is why they’re making changes to the new Utopia.

The weight of these new headphones has remained unchanged on 490g, which is significant. You would definitely feel them on your head. Fortunately, the plush headband and lambskin leather ear cushions help to give the impression of being slightly lighter than it actually is and make the Utopia comfortable enough to wear for long periods of time. I had no problem wearing them for an entire two-hour movie. 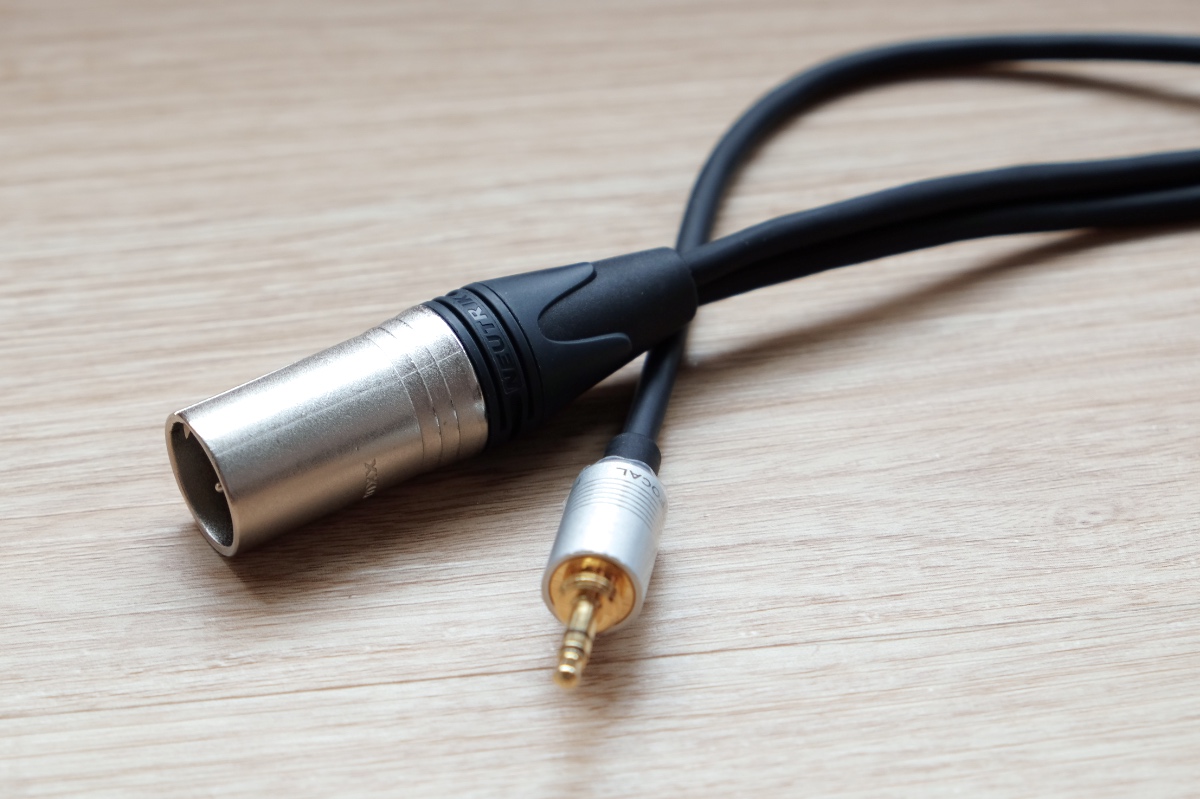 The new Utopia is quite well equipped. Like other Focal headphones, you get a handy hard carrying case. You also get two cables: a 1.5 meter single-sided cable that ends in a 3.5mm jack and a lot more longer 3-meter balanced cable which ends in a 4-pin XLR. You also get a 3.5mm to 6.5mm adapter. Like its predecessor, the new Utopia uses Lemo connectors.

Compared to older Focal cables, the cables that come with the new Utopia are a small improvement. They still feel rubbery and heavy, but are slightly less stiff and pliable. Weight is the main issue because depending on how you drape the cable, it can cause a slight pulling sensation on the headphones when you wear them. The only advantage is that the cables feel indestructible. That said, given the price of these headphones, I’d expect cables that feel better and are lighter. I’m sure many owners will swap them out and use custom cables.

How does it sound? 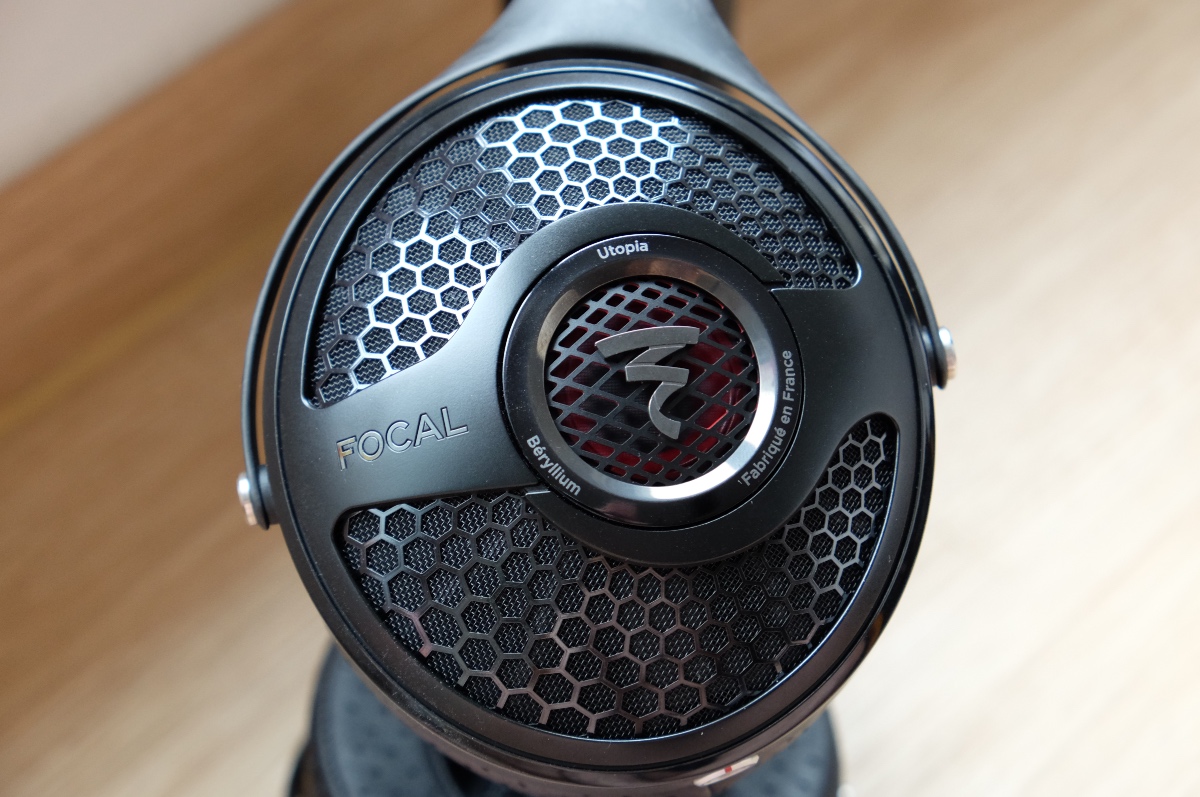 Like the first generation Utopia, the new one also has a driver with a M-shaped beryllium dome. And despite the new voice coil composition, the specs are unchanged. The impedance remains at 80 Ohms, the sensitivity at 104dB SPL/1mW @ 1kHz, and the frequency response is an impressive 5Hz to 50kHz. But as we all know, these numbers say nothing about what headphones would sound like.

The first thing most listeners will notice is that the new Utopia is: it has a noticeably stronger, fuller and deeper bass. And as you’d expect if you’re paying top dollar for TOTL headphones, the amount of boost is well-rated. Furthermore, the quality is very good. The bass is textured, clean and hits with authority. That said, I still think the bass from high-end planars from Hifiman and Audeze go deeper and have better technicalities. Crucially, however, it can no longer be said that the Utopia has worse bass performance than expected. The quality and quantity of bass that this new Utopia delivers are perfectly adequate and very good.

Technically, the new Utopia is excellent. Despite the fuller bass and new voice coil composition, it loses none of the dynamism that has become a hallmark of the first generation Utopia. It also sounds fantastically detailed, fast and clean. And industry-leading detail recognition means vocals and instruments have a tactile sense of texture. The staging is wider and the imaging is also slightly more accurate. In combination with the fuller bass reproduction, these features give the Utopia a more lifelike sound.

The increased bass response also profoundly affects the way the Utopia sounds in general. The first generation Utopia was loved for its dynamics and almost unparalleled reproduction of the mids and highs. It had a unique sound characterized by its lightning-fast response to notes, very present mids and incredibly smooth and airy highs. To my ears it’s neutral, but tends to be a little bit bright. 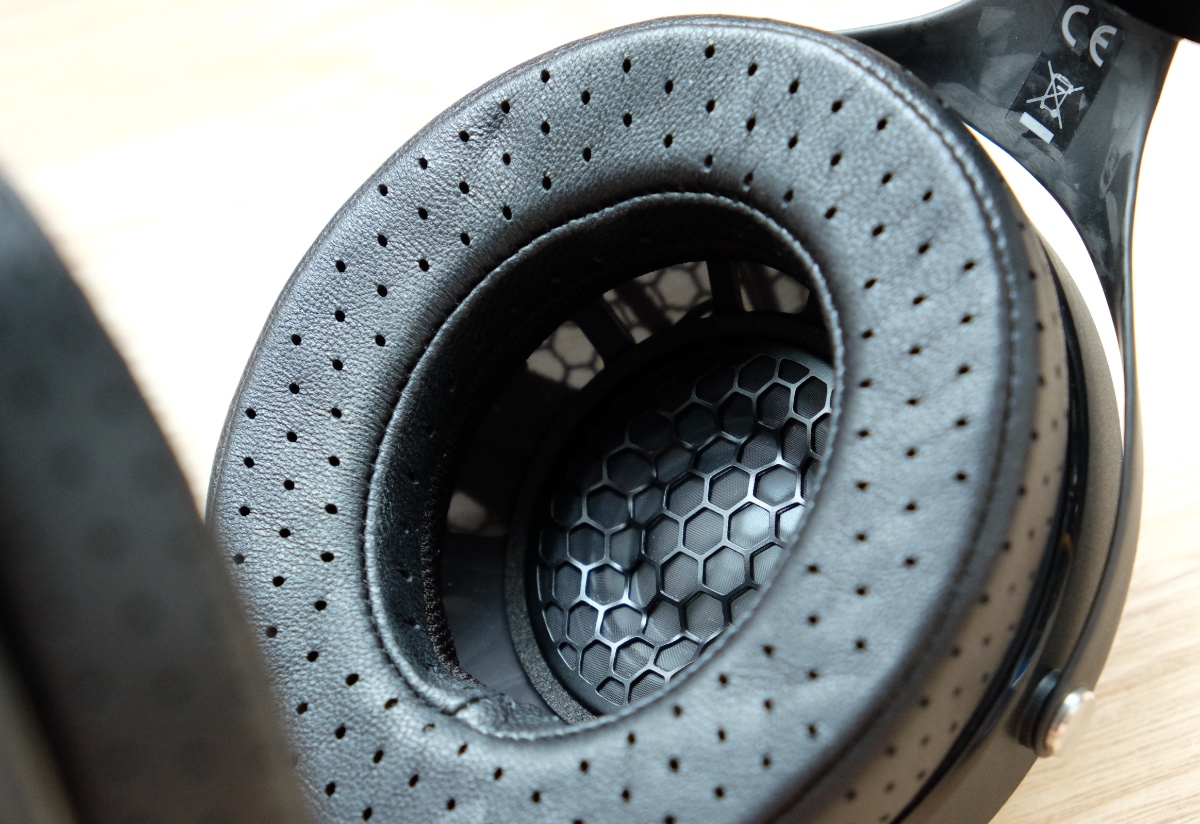 This new Utopia sounds clearly different, partly due to its deeper, fuller bass. It’s a darker and more relaxed sounding headphone. The tuning elsewhere in the frequency range also seems to have changed. The upper mids and highs sound less airy and sparkly to my ears, which is a shame as it was one of the best aspects of the last generation Utopia. I suspect these changes were made to ensure a balanced sound – otherwise it would sound too V-shaped. Consequently, the overall signature is now what I would have considered balanced, but with a slightly darker tilt. The best way to describe it is actually in terms of another popular pair of headphones. It sounds like a slightly less bassy HD650 with superior technical features.

ALSO READ  Korean singer Stella Huang is rumored to have been divorced from Taiwanese businessman, linked to new beauty by Taiwanese media

It’s an improvement over the old Utopia? That depends a lot on your taste and priorities. If you always liked the old Utopia, but felt it needed more bass, then I think the new Utopia is a definite improvement. For others, the answer is less clear. While the new headphones sound more balanced, they do lose some of the magic – especially in the treble – of the old ones. The old Utopia had a distinctive sound signature and this new one trades some of that uniqueness for a sound that I think more people will find appealing. In addition, it is a sound signature that lends itself better to multiple music genres. Rock, pop, metal, instrumental, classical, house or jazz, the new Utopia can handle them all expertly. 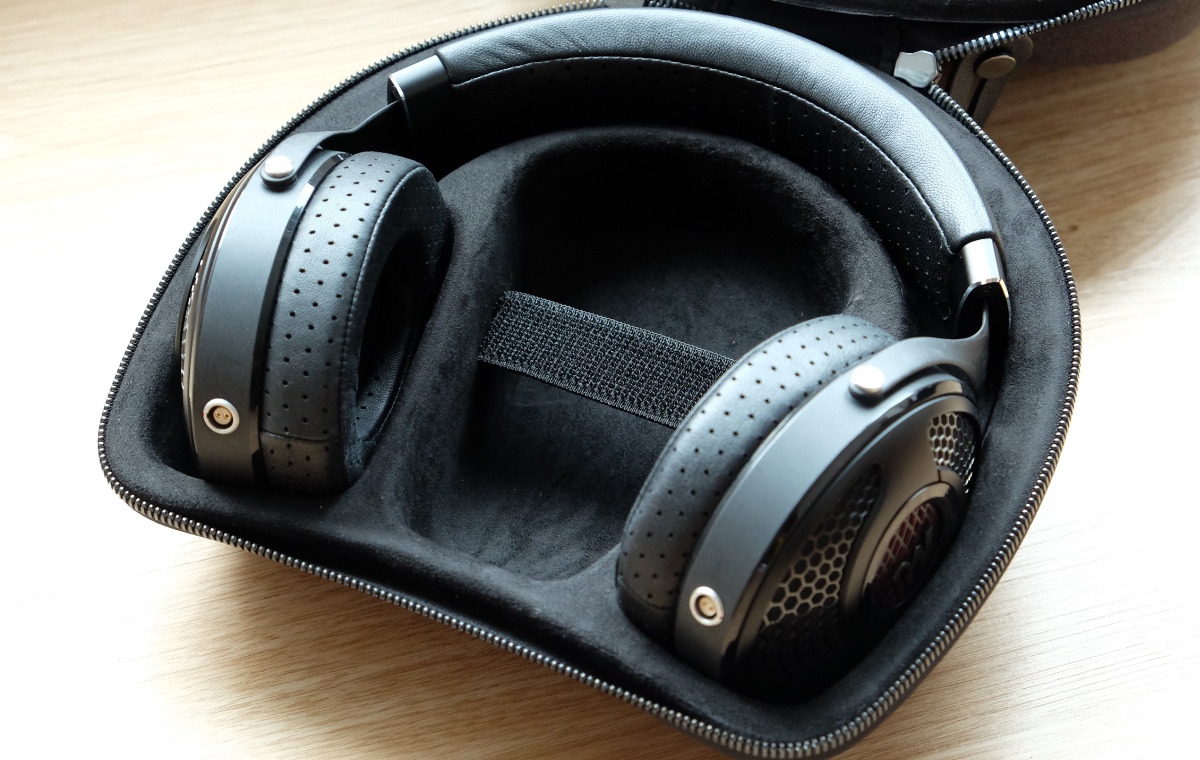 Let’s talk about the elephant in the room, the new Utopia will be sold at €7,299, making it easily one of the most expensive you can buy today. But to give more context to this figure, consider that the first-generation Utopia had a launch price of S$5,699.

Let’s not kid ourselves, no headphones in this price range will ever be considered good value. But that doesn’t mean it can’t be worth your money. Overall, the new Utopia makes a very strong case for being the best dynamic driver headphones in the world. Because now, combined with its astonishing technical achievements and wider soundstage, there is a sound signature that is more even, more balanced and will sound better with more types of music. Granted, it loses some of the magic of the old, but make no mistake, this is a more complete set of headphones.