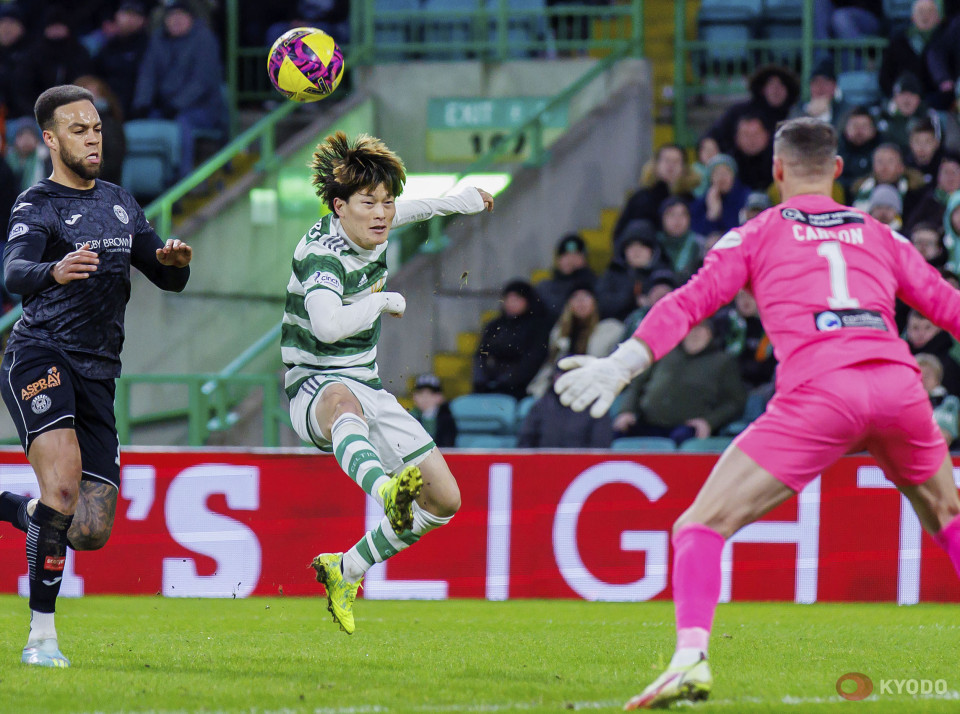 Striker Kyogo Furuhashi picked up a brace to take his season tally to a Scottish Premiership best 17 goals on Wednesday as league leaders Celtic beat St. Mirren 4-0 at home.

Furuhashi clung to a ball sent into the penalty area by his Japanese compatriot Reo Hatate and scored with a deft lob in the 35th minute to make it 2–0, before deflecting Jota’s low cross from the left in the 53rd minute. slid home for a 3-0 lead. .

Kyogo Furuhashi (C) of Celtic scores his side’s second goal during the first half of a Scottish Premiership football match against St. Mirren at Celtic Park in Glasgow, Scotland, on January 18, 2023. (TBEN) == TBEN

“Kyogo has clearly been on fire for some time,” said Celtic manager Ange Postecoglou. “It’s just his movement, the quality of his finishing is always there. I was really happy with the quality of our goals.”

Defender Yuki Kobayashi played the whole game on his Celtic debut and came close to scoring when his left-footed volley hit the post in the 15th minute. Liel Abada batted in the rebound and scored the opener.

David Turnbull scored from distance in the 86th minute to complete the scoring for Celtic.

Yutaro Oda made his Hearts debut with five minutes remaining as they en route to a 5-0 home win over Aberdeen. 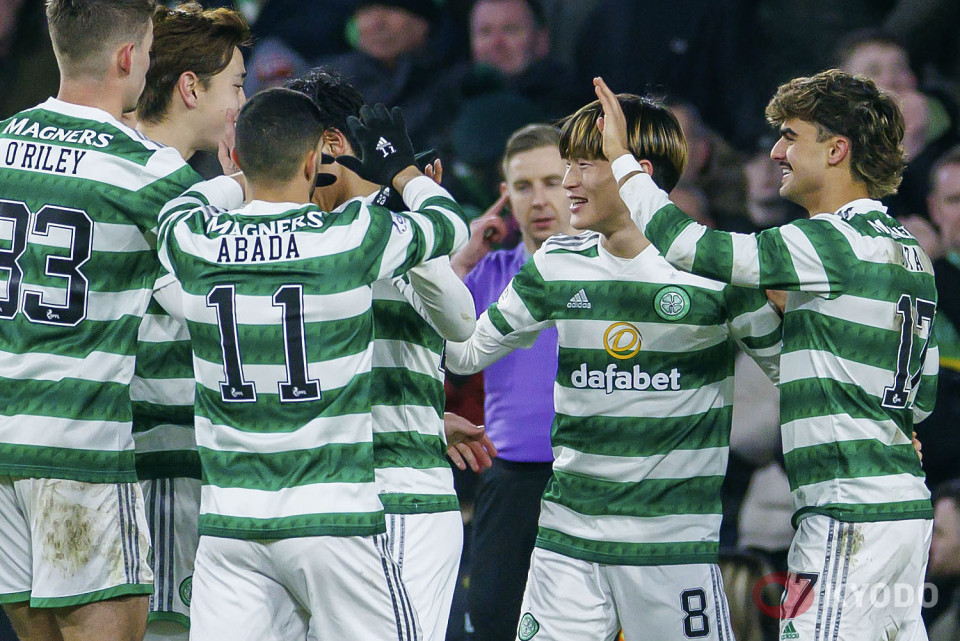 Celtic’s Kyogo Furuhashi (2nd from right) celebrates with teammates after scoring his side’s third goal during the second half of a Scottish Premiership football match against St. Mirren at Celtic Park in Glasgow, Scotland, on January 18, 2023. (TBEN) = = TBEN