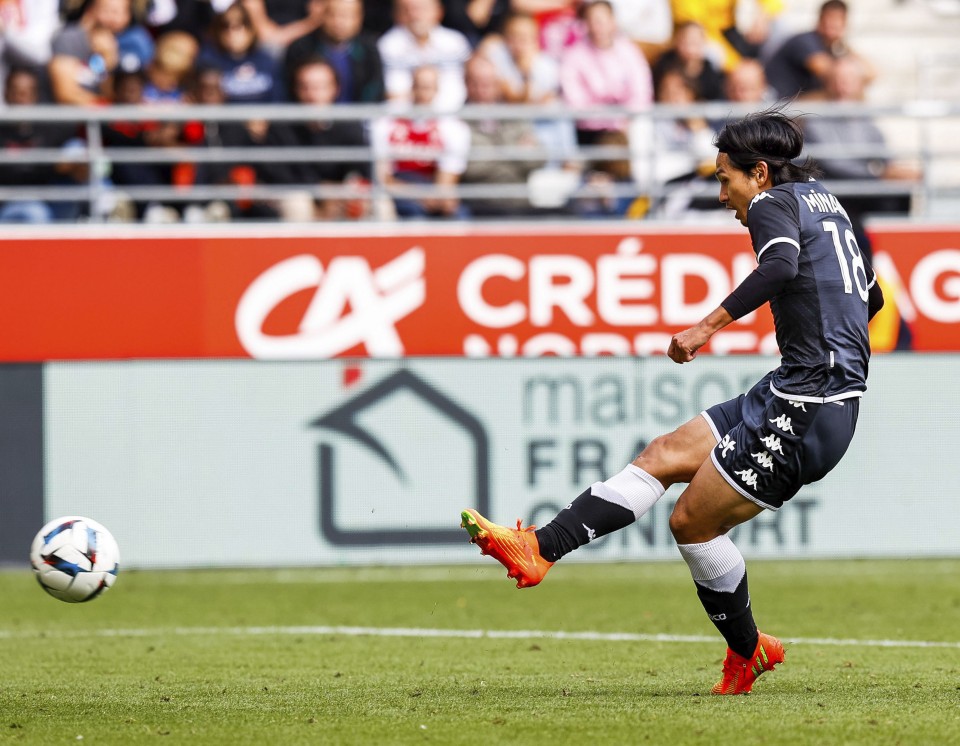 Takumi Minamino opened his Monaco account in France’s Ligue 1 on Sunday as he came off the bench to score one and set up another in their 3-0 win over 10-man Reims with fellow Japanese forward Junya Ito.

27-year-old Minamino, who came to the principality from Liverpool in the summer, struggled to influence his new team, making just two starts from six games, missing the last two entirely.

Takumi Minamino scores a goal for Monaco in the French Ligue 1 on September 18, 2022, in the second half of a match against Reims. (TBEN)

But after Reims defender Bradley Locko was controversially ejected from the field in the 22nd minute and Monaco took the lead shortly after the break with a diving header from Aleksandr Golovin, Minamino came in 65th minute and showed signs that he finally had his scoring touch. rediscovered.

Minamino played on the right wing and was totally unmarked as he received the ball from Breel Embolo in the 87th minute and calmly pushed aside in the near bottom corner to double Monaco’s lead.

His assist came as he launched a counterattack from inside his own half and sent a high diagonal pass to his captain Wissam Ben Yedder, who curled up into the far corner for his first league goal of the campaign.

It’s a welcome boost for Japan ahead of their two World Cup warm-ups against the United States and Ecuador, with Ito also posing a constant threat to Reims, despite his side’s numerical deficit.

The fast winger created Reims’ best chance of the 77th minute as he made his way past three players on the right side to cut the ball back for Andreaw Gravillon, who sent his effort just over the bar.

In Spain, Takefusa Kubo was the catalyst for the opener as Real Sociedad beat Espanyol 2-1 at home.

The attacker put pressure on Espanyol goalkeeper Alvaro Fernandez with a back pass and jabbed the ball free and into the path of his striking partner Alexander Sorloth for a tap-in in the 17th minute at Reale Arena.

Edu Exposito scored two minutes later from a well-developed corner for the visitors, but Brais Mendez sent in the winner for La Real in the 29th minute.

Football: Hatate, Machino in Japan squad for US, Ecuador friendlies