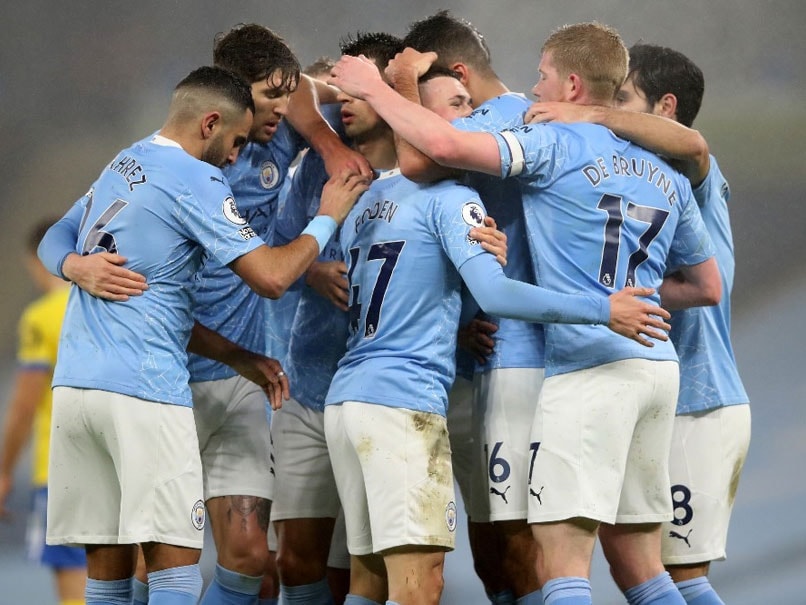 Footballers who continue to violate coronavirus protocols by hugging each other after goals were labeled “insane” by a top British lawmaker. Manchester City and Fulham players rallied after scoring on Wednesday, ignoring Premier League warnings to abide by rules on unnecessary contact. Britain is struggling to contain an increase in the number of Covid-19 cases. On Wednesday, a new record number of deaths was recorded – 1,564 over 24 hours. City boss Pep Guardiola defended his players after their 1-0 win, which took them to third place in the Premier League.

“We’ve been tested maybe five or six times in the last 10 days,” he said in his post-match press conference. “Everyone is negative. In the real joyful moment, in the moment, to say that the players aren’t kissing and celebrating together is instinct and reaction. It’s hard. “

“The moment you score a goal and one guy is running and the rest of them aren’t going to celebrate with him, it’s weird and uncomfortable.”

“Some of the scenes we have seen are brainless and give a terrible message,” he told the British news agency Press Association.

Harry Kane celebrated his goal for Tottenham in Wednesday’s 1-1 draw against muted Fulham, with punches and high five, but there were close hugs among the visitors when Ivan Cavaleiro equalized.

There were also happy celebrations among the players when Manchester City’s Phil Foden scored the only goal in their win against Brighton.

Knight stopped short of calling for an end to elite sport, as it did last year, saying the decision was “up to the governing bodies and health experts.”

But he questioned the possibility of realizing the existing plan for Euro 2020 delayed this year. The tournament is set to take place in 12 countries, with the semi-finals and final set to take place at Wembley.

The Bharat Express News - January 17, 2021 0
Ohanaeze Ndigbo faction leader Chidi Ibeh has revealed that he will support the IPOB Eastern Security network and other indigenous security groups to end...