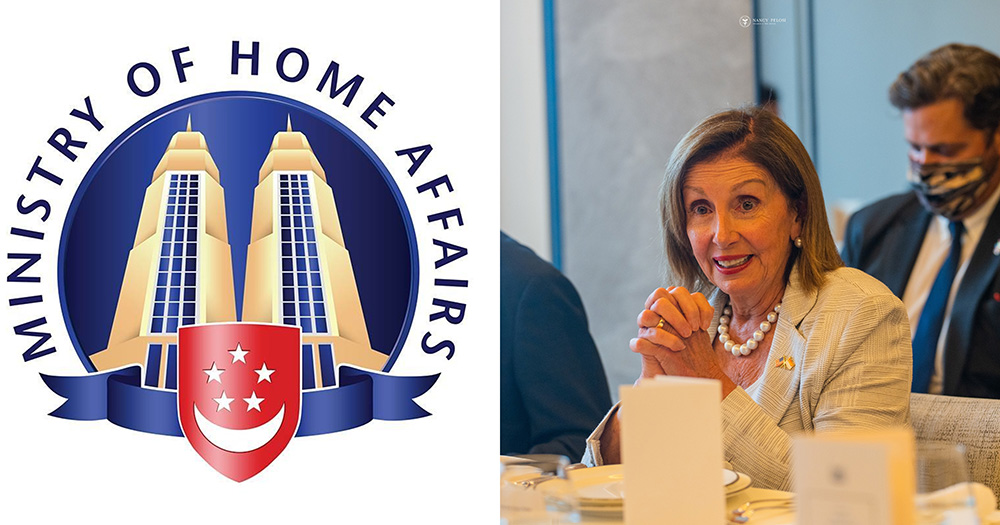 The Ministry of the Interior (MHA) has sent foreign companies a reminder of a statement by US House Speaker Nancy Pelosi asking business leaders in Singapore to support the LGBT community.

Pelosi said in a statement that she has been in contact with business leaders and stressed the importance of public and private sector collaboration to promote strong economic growth in the region.

She added, “We asked for their (business leaders) support for the LGBTQ community in Singapore as more US companies establish and add offices in Singapore.”

MHA: LGBT issues are matters for Singaporeans to discuss

Responding to media inquiries about Pelosi’s statement, MHA said that while foreign companies are free to promote diversity within their companies, they should be careful about advocacy on issues in Singapore that could potentially sow social divisiveness. The Straits Times reported.

“These are matters for Singaporeans to discuss and come to a consensus on how to proceed,” the ministry added.

Background to comments from Pelosi and MHA

Pelosi arrived in Singapore late on July 31 and started the first leg of her visit to Asia.

On August 1, Pelosi conducted a courtesy call in Istana with a US congressional delegation of five other congressmen from her Democratic party.

The day before Pelosi’s arrival on July 30, Justice and Home Affairs Minister K Shanmugam said most Singaporeans do not want the current position of marriage between a man and a woman to change, although many of them agree that sex between men should not be a crime.

Such matters should not be discussed and decided in the courts, but in parliament, he added.

He also urged people in Singapore not to take extreme positions on the issue and said the way forward was to calmly work out the differences in the country’s best interests.