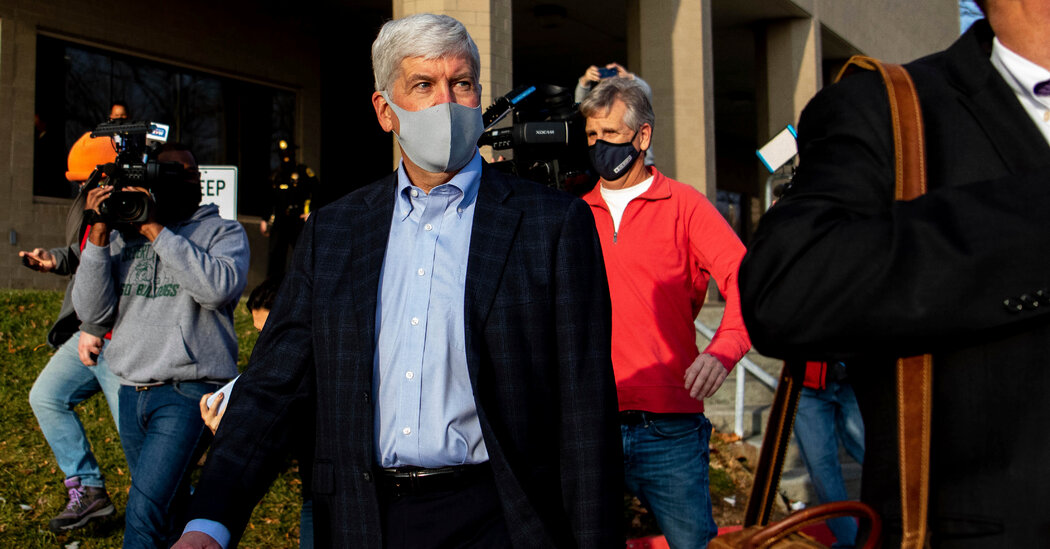 FLINT, Michigan – Rick Snyder, the former governor of Michigan, was arraigned on Thursday for misdemeanor in connection with his role in the Flint water crisis.

Mr Snyder, appearing on video at the Genesee County Courthouse in Flint, has been charged with two counts of willful neglect of his duty. If found guilty, the charges carry a maximum jail term of one year or a fine of up to $ 1,000.

Dressed in a dark vest and face mask, Mr Snyder said little during the brief arraignment, responding “Yes, Your Honor” when the judge asked if he still lived in Michigan. Brian Lennon, an attorney for Mr Snyder, said the former governor was not guilty of the charges.

Mr. Snyder was released on bail and ordered not to leave Michigan without the judge’s permission. Mr Snyder did not speak to reporters as he left the courthouse.

In a statement, Mr Lennon said the charges were “totally unfounded” and that he expected the former governor to be exonerated. “Today’s charges do nothing to do justice to the people of Flint,” he said. “These unwarranted allegations do nothing to resolve a painful chapter in our state’s history. Today’s actions only perpetrate scandalous political persecution.

ALSO READ  New scourge in the event of a pandemic: hospitals run out of vaccines

Suspect arrested in carjacking near West Side