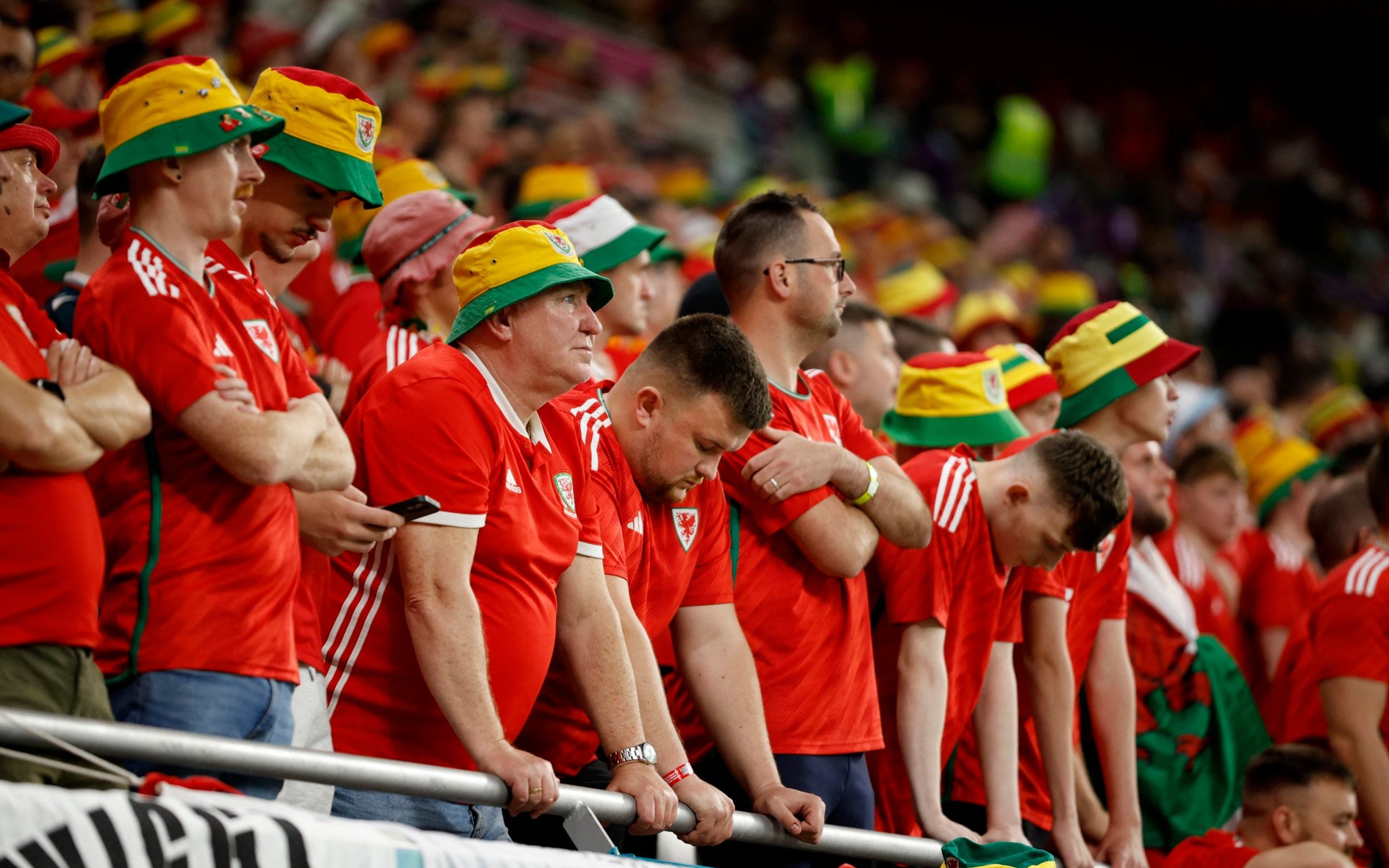 Wales supporters wearing rainbow hats for Monday’s game against the US were confronted by security guards and told they could not enter the stadium until they had removed their garments.

Laura McAllister is a former Wales captain who represented her country between 1994 and 2001 and is now Professor of Public Policy and Welsh Governance at Cardiff University, as well as Deputy Chair of UEFA’s Women’s Football Committee.

The bucket hats were designed by The Rainbow Wall, the Welsh LGBTQ+ Supporters Group, who said on social media that only female supporters were told to take them off.

ALSO READ  The film adaptation of Matilda the Musical is a frothy, whimsical delight - review

McAllister told ITV: “When we got through security, some of the guards told us to take the hats off. When I asked them why, they said it was a forbidden symbol and we were not allowed to wear it in the stadium.

“I pointed out that FIFA had made many comments about supporting LGBT rights in this tournament, and told them that because I come from a country where we are very passionate about ensuring equality for all people, I am not would accept my hat.

“They insisted that unless I took the hat off, we weren’t actually allowed into the stadium.

“I think we’ve had enough warnings that this wasn’t going to be a World Cup where human rights, LGBT rights and women’s rights would be respected, but coming from a country like Wales we really wanted us to still take a stand to to come here.

McAllister and other supporters were told to hand in their hats to a lost and found department before getting them back after the game, but she said she could still sneak it into the ground.

Earlier in the evening, American journalist Grant Wahl claimed he was detained for 25 minutes for wearing a T-shirt in support of LGBTQ+ rights. Wahl said on social media that security “forcibly” took his phone and demanded he remove his shirt, which he refused to do.