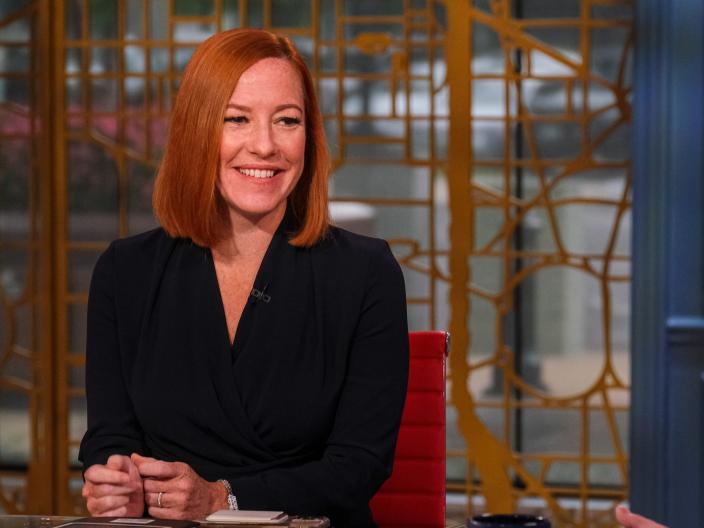 During an NBC News panel on “Meet the Press NOW” Friday, Psaki, who served as press secretary during President Joe Biden’s first year and a half, commented on the shift in the tides for Trump after several of his hand-selected candidates lost their races.

“What feels a little different now — we’ll see — is that he’s losing. He’s a loser after Tuesday. People he supported lost. He cost Republicans seats in the House and Senate,” Psaki said, pointing out that Trump “still winning among Republican primary voters.”

After disappointing interim results for Republicans, the spotlight has shifted from Trump to Florida Governor Ron DeSantis, who easily won re-election Tuesday with nearly 60% of the vote. DeSantis has been put forward as a 2024 presidential candidate and a potential “Republican Front-Runner.”

“The magic of Ron DeSantis — who had a really good week, I think we can all agree — it’s not over yet. Maybe we’ll see in the coming weeks,” Psaki said on “Meet the Press NOW.”

Trump had planned to announce his bid before the midterms Monday, but aides persuaded him to wait until after the election, The Washington Post reported. He has since said he plans to make a “big announcement” at Mar-a-Lago on Nov. 15, Business Insider previously reported.

On NBC, Psaki suggested that behind the scenes, every “sane Republican is trying not to announce his run for the second round in Georgia because he’s such a problem.”

“So that feels a bit different. I’m also still skeptical that he will no longer be the leader of the party, but there are a little bit of breaks in the system,” Psaki said.