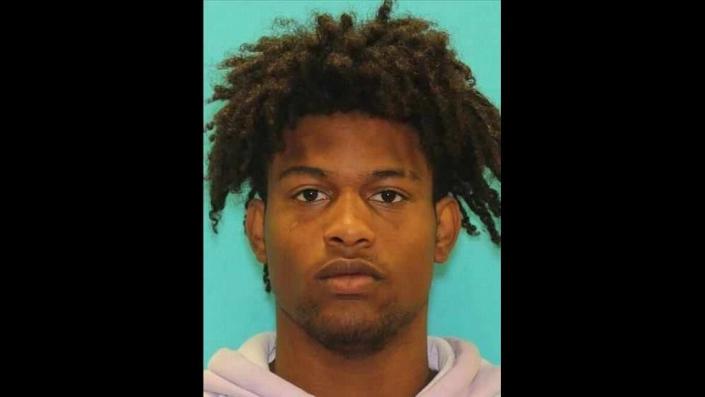 Police are asking for the public’s help in finding a man they suspect of a series of violent armed robberies in Fort Worth and Saginaw.

Donavin Copeland, 18, is suspected of robbing convenience stores and a game room and firing a gun at each robbery, Fort Worth police said at a news conference Friday.

Detective Brian Raynsford, who has been investigating robberies with the Fort Worth Police Department for 12 years, said he had never seen anyone quite like this suspect.

“He is one of the most dangerous and violent individuals I have seen,” Raynsford said.

Raynsford said that if anyone sees Copeland, they should not approach him, follow him, or try to interact with him. If you see him, call 911 and avoid him, police urged.

According to the FWPD, the first robbery Copeland police carried out was on Dec. 7. Police said Copeland entered a store at 501 North Saginaw Blvd. in Saginaw and fired a gun at the missing clerk. He then took cash and stole the clerk’s vehicle, which Raynsford said was recovered the next day in western Fort Worth.

On December 27, Raynsford said, Copeland and another man entered a game room at 117 Longhorn Road. There, police said one of the men was armed with a knife and the other with a gun. A witness was pistol-whipped, and the robbers took cash and the clerk’s vehicle, which was recovered the next day in western Fort Worth.

Ryansford said Copeland struck again on January 2, when he opened fire on a convenience store at 6001 N. Main St., killing a small dog before stealing the clerk’s car. The car was recovered the next day in western Fort Worth.

The most recent robbery police have attributed to Copeland was Wednesday, when Raynsford said Copeland entered a convenience store at 101 Longhorn Road in Fort Worth and fired shots into the ceiling. The clerk’s car was stolen and recovered Thursday, again in western Fort Worth.

Police said Copeland doesn’t cover his face when committing robberies and doesn’t seem to care if witnesses see him. All the robberies took place in daylight, between 1pm and 3pm Copeland was identified after police received anonymous tips about who he was based on surveillance footage they published showing his face.

On Thursday, Fort Worth SWAT executed a search warrant of Copeland’s apartment in Saginaw with the help of local law enforcement, Raynsford said. During the search, police found multiple firearms and physical evidence that they believe links Copeland to the series of offenses.

Police said that while they cannot comment on details, Copeland came into contact with police as a minor.

Copeland was arrested in Denton County on September 9, 2022 for unauthorized use of a motor vehicle, unlawful carrying of a weapon, and winding down with evidence, according to the Fort Worth Police Department.

On October 30, 2022, police said Copeland had been stopped by the Parker County Sheriff’s Office for a traffic violation. Copeland fled on foot and escaped, but sheriff’s officers searched the vehicle and found a gun stolen from a car burglary in Saginaw, along with drugs believed to be fentanyl and marijuana.

Most recently before the robberies began, Raynsford said Copeland was at a motel in White Settlement with a girl when he assaulted her, destroying some property and stealing the girl’s car, which was later discovered in Parker County.

Therefore, Copeland is wanted in Parker County for theft of a firearm and possession of a controlled substance and in White Settlement for assault involving bodily harm, criminal mischief and auto theft.

Police stressed several times that if anyone sees Copeland, they should avoid him and immediately call 911 from a safe place.

“I’m most concerned that the public will try to hold Mr. Copeland and get hurt,” Raynsford said. “He is extremely dangerous and a clear and present danger to both the public and law enforcement.”