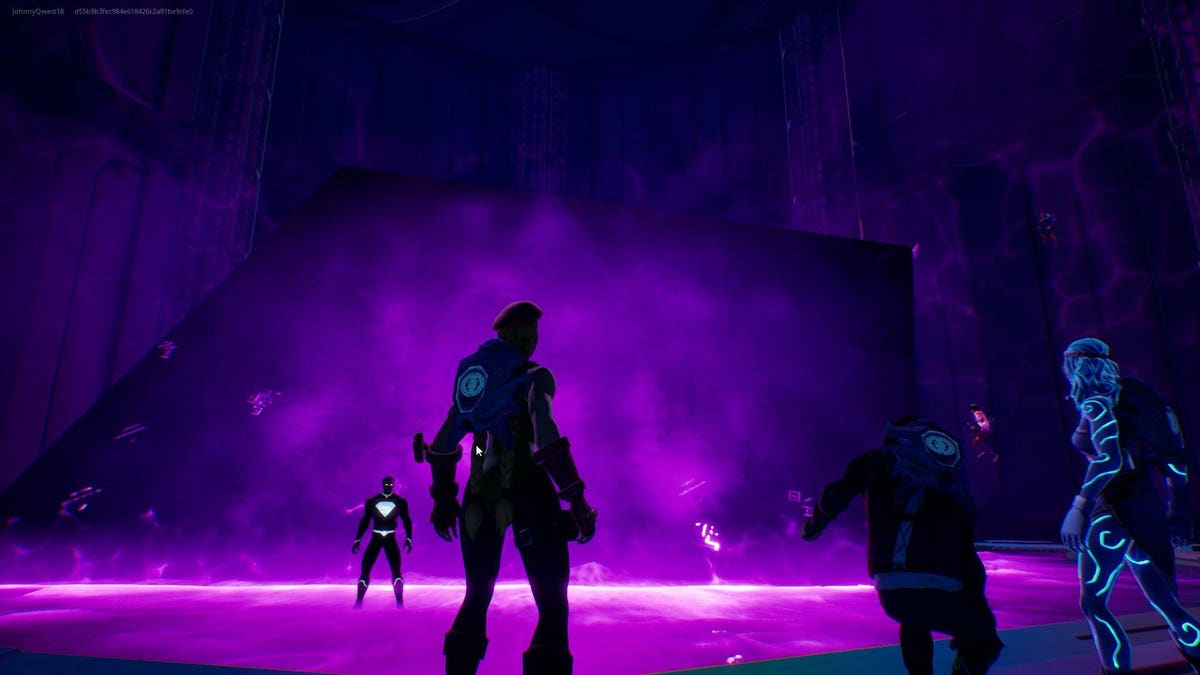 Fortnite just had what can only be described as a sort of campaign mission to complete Season 7 and kick off Season 8 early tomorrow morning. Although it can best be described as a mix of an interactive animated film and a getaway to Saints Row.

Dr Slone had us fly in the giant mothership that covered the entire map for most of this season and armed a bunch of bombs that we sneaked up there. This was done in groups of around 16, although you seemed to get more players together the longer the mission lasted.

It was… a little strange at first, a lot of racing in identical lanes and not much to do. There really wasn’t much to do period, because although this is a covert operations invasion mission on an alien spaceship, we never equip or fire a weapon or directly attack aliens. We’re just sort of… jogging.

That’s not to say that what’s going on isn’t cool, though.

Eventually, we find out that the alien mothership has the giant purple cube from the last map on board, something that rolled around and grew and evolved and exploded and almost destroyed the last island. But his presence causes Dr Slone to betray us and leave us stuck up there to explode, so we are forced to rely on the Cube to get us out there, the only interactive part of the mission, where we ‘restart’ it. in a blue cube which I guess is… more useful? A nice cube?

The problem is, we’re surfacing at a level of the ship that seems to have collected hundreds, thousands of these cubes, so the potential threat is huge. And once the timer is over and Slone blows up the ship, the sequence ends with a whole bunch of purple cubes and our blue, heading towards the map, with the ship crashing down. To be continued, he said. Tomorrow when Season 8 launches at around 5 a.m.

So the obvious implication here is that a giant map-sized alien ship shatters. more the map, and that’s going to cause big changes to the locations. I have already seen at least one major crater. And now we apparently have a ton of cubes to deal with as well, as Slone trying to destroy the one on board has actually just released a whole bunch of them onto the island. And after what happened the last time, it can’t be… good.

I am a little mixed on this. Visually, it was very cool. Interactively, it wasn’t really much at all. I become passive when it comes to watching a concert, for example, to sort of follow the action around the emotion. But here? It was supposed to be a space invasion mothership infiltration! And we didn’t shoot a single alien? Go on!

Anyway, I thought the Cube stuff and the scripted explosion stuff was cool, and I’m definitely curious to see the map tomorrow. Stay tuned for more coverage then.