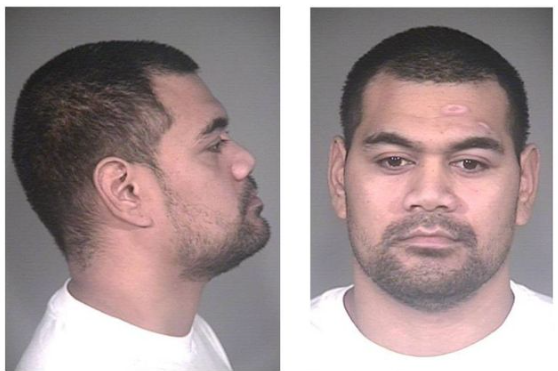 A 24-year-old man is suspected of being one of two people reportedly shot dead a man in a remote area near Tahuya on Monday after the victim was accused of molesting a 3-year-old girl.

Jacob Elijah Joe Ualika is charged with the death of Alejandro Rodriguez, 27, whose body was found Wednesday by a hiker in a wooded area near Lake Christine, according to documents filed in Mason County Superior Court.

Ualika was arrested Friday shortly after detectives from the Mason County Sheriff’s Office posted about the case on social media. He was wanted on a $500,000 warrant for first-degree murder, according to records obtained by the Kitsap Sun. He has not yet been charged with a crime.

Rodriguez, who had gunshot wounds to the chest and head according to reports from the Mason County Sheriff’s Office, was described as homeless in the Bremerton area.

Ualika was also described as homeless in a social media post by the Mason County Sheriff’s Office, in which investigators reported that they seized the gun believed to have been used in the shooting.

ALSO READ  Watch: Josh Shapiro is sworn in as governor of Pa.

After identifying the dead man as Rodriguez, detectives contacted two women who knew Rodriguez — including his girlfriend — who said they went to Belfair with Ualika, the 3-year-old’s mother, grandmother, and Rodriguez. The purpose of the meeting was to confront Rodriguez about the sexual assault allegations, for which no evidence was provided in the court records filed. The 3-year-old girl was not present at the incident.

“She stated that it was during this trip that Rodriguez was finally killed,” detectives wrote.

Court records do not detail the sexual assault claims against Rodriguez.

Rodriguez has not been convicted of any sex crimes, according to the court, but has several criminal convictions, including third-degree assault from April, when Rodriguez was charged with assaulting his girlfriend and the mother of the 3-year-old girl at a residence in Bremerton.

The 3-year-old’s mother told Bremerton police during that incident: “She considered shooting Rodriguez because she feared for her life, but she was afraid she would go to prison and lose her daughter, so she shot don’t put him down. Rodriguez knocked the gun out of her hand by hitting it.”

ALSO READ  Chicago homeowner says she worked tirelessly to get property tax errors, but got nowhere

On Monday, as the group headed towards Belfair with the intention of confronting Rodriguez, one of the women got “cold feet” and refused to attend. She was left in Belfair.

The group then turned onto a dirt road, with Rodriguez being told they were going to the woods to practice target firing.

While out on the road, a witness told detectives, Rodriguez and Ualika got into a “physical altercation” and Rodriguez was shot. The witness said she did not see the shooting, but heard two shots. She told detectives that she saw the 3-year-old girl’s grandmother with the gun and believed that Ualika and the grandmother both shot Rodriguez once. According to the Mason County coroner, the cause of his death was a penetrating gunshot wound to the torso.

After the group got back into the car to leave the area, the witness said that Ualika stole some of Rodriguez’s belongings, including transferring $35 of Rodriguez’s money using a money app on a phone.

The witness said the group picked up the woman who got “cold feet” in Belfair and the two women and Ualika threatened them not to tell anyone what they knew about the shooting.

Mason County Sheriff’s Department detectives reported that the three women who went into the woods with Ualika when Rodriguez was killed have been arrested.

The murder charge against Ualika comes less than a month after he was convicted of second-degree burglary in Kitsap County court.

On December 19, Ualika was sentenced to one month in prison for smashing a window at the RK Mart in Manette in March and stealing items.

This article originally appeared on Kitsap Sun: Four arrested in Mason County after man found shot to death near Tahuya