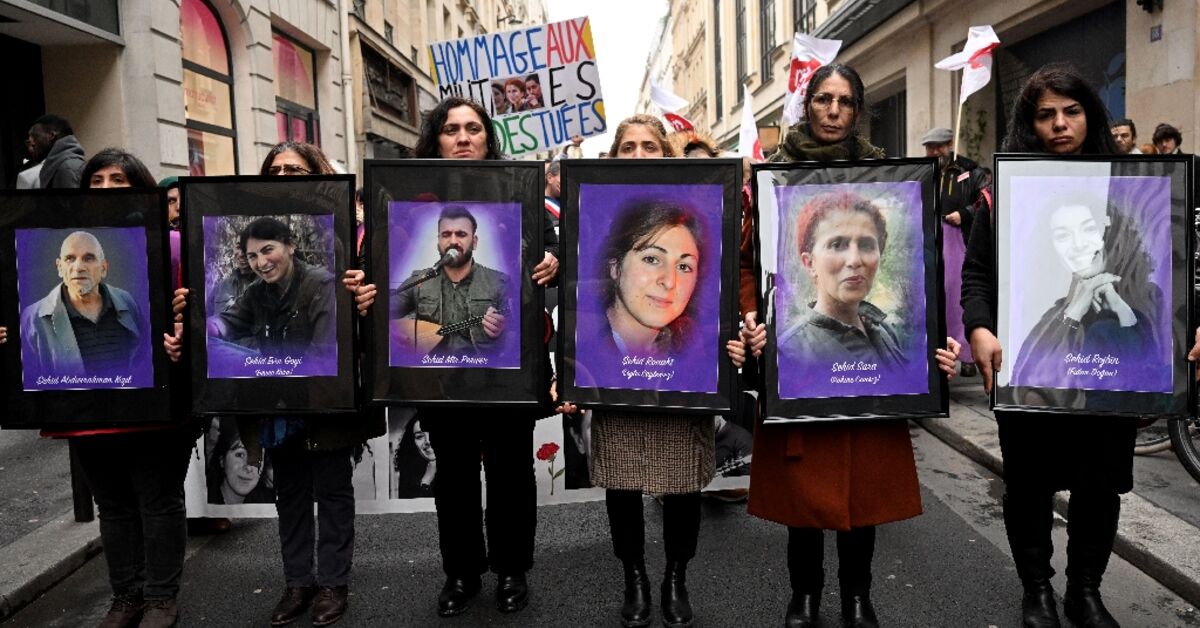 “It is here in Paris where my sister and her friends were killed,” said Metin Cansiz, the brother of Kurdish activist Sakine Cansiz, who was shot in January 2013.

“France owes us a debt of justice.”

His eyes are red and his hands tremble as he reflects on the fate of his sister, murdered in the French capital on the night of January 9, 2013.

Cansiz, a 61-year-old with white hair, spoke to TBEN days before the 10th anniversary of the still unsolved murders. His family, he said, had lost a loved one who had been “sacrificed” on the altar of Franco-Turkish relations.

The impending anniversary comes days after an eerily similar triple murder on Dec. 23 at the Kurdish Cultural Center in Paris, just a few minutes’ walk from the scene of the 2013 shooting.

French prosecutors say the suspect in the latest killings has admitted to “wanting to kill migrants”, but many Kurds who spoke to TBEN said they suspected an “act of terror” orchestrated by the Turkish state.

Metin’s own commitment to the Kurdish separatist cause saw him spend time in a Turkish prison following the 1980 military coup there.

“This year we feel all the more this responsibility and pain,” he explained, speaking through an interpreter.

Sakine Cansiz, 54, was a founding member of the Kurdish Workers’ Party (PKK), which has waged a long insurgency against Turkey and is considered a terrorist group by Ankara and its Western allies.

She was shot dead in 2013 along with two other women: Fidan Dogan, 28, and Leyla Saylemez, 24, at the Kurdish Information Center in Paris’ 10th arrondissement.

In last month’s attack, Abdurrahman Kizil, singer Mir Perwer and Emine Kara, leader of the Kurdish women’s movement in France associated with the PKK, were shot dead by a man named William Malet.

ALSO READ  What will happen after the ICJ delegitimizes the Israeli occupation of Palestine?

Metin also knew the victims of these shootings.

He arrived in Paris from the Netherlands just three days before the attack in December.

The next day he went to the cultural center, where Kara was preparing the annual memorial ceremony.

“She insisted I didn’t get the train on my own. I told her it was fine and she had to take care of it herself.

He and the other relatives of those killed in 2013 are still seeking justice as those responsible have still not been identified.

A Turkish maintenance worker at Charles de Gaulle Airport was set to stand trial for the attack, but he died of a brain tumor shortly before his trial was due to begin, in December 2016.

The activists’ families point to documents that they believe prove the involvement of the Turkish Intelligence Service (MIT). In 2014, MIT officially denied any role.

Kurdish groups have urged France to release its files on the case.

In May 2019, a French anti-terrorism judge was ordered to reopen the investigation.

But Metin Cansiz said he was “deeply disappointed” with a December 20 meeting between relatives’ families and the judge, who cited “obstacles” that prevented him from bringing the case forward.

“My sister lived here, she was under the protection of France,” he said.

“These three women were murdered here due to a lack of security on the part of France.

“We can only mourn when those responsible are brought to justice,” he said.