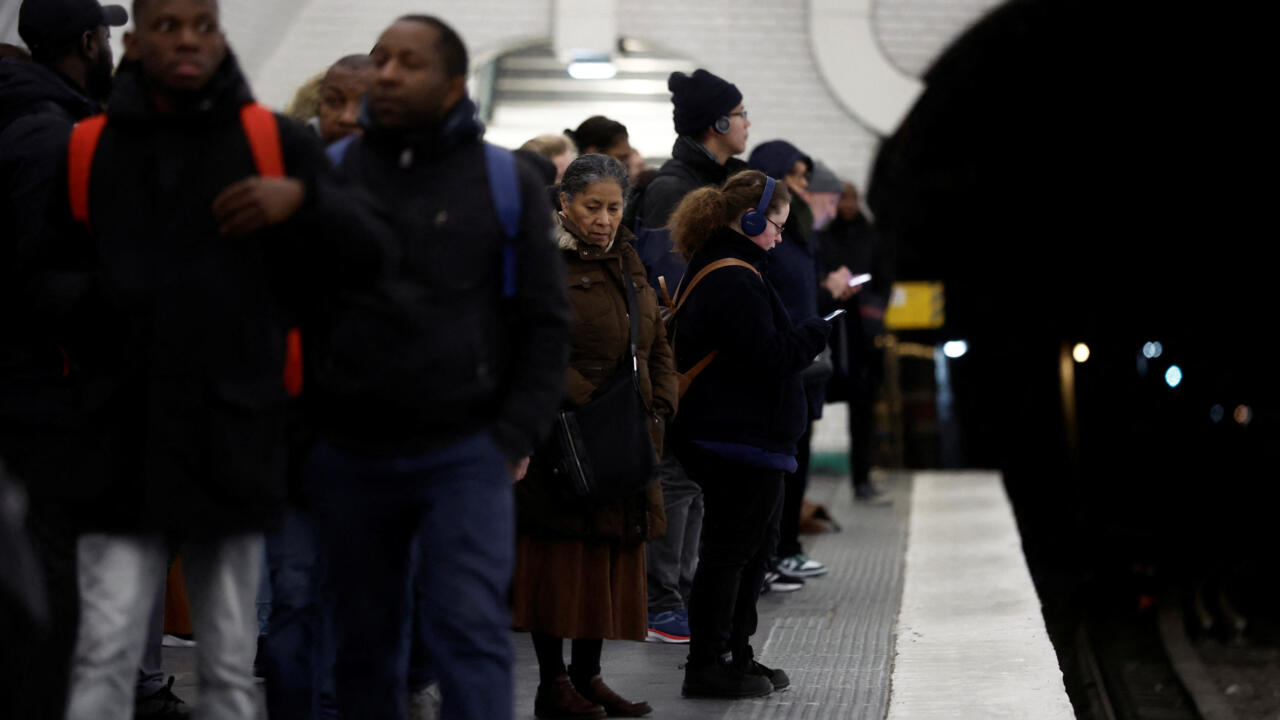 In France, trains ground to a halt, schools closed and businesses disrupted on Thursday as workers quit their jobs in a bid to derail a planned pension reform that would see the retirement age raised by two years to 64.

The nationwide day of strikes and protests is a major test for President Emmanuel Macron, who says his flagship reform is vital to ensuring the pension system does not go bankrupt.

“There is nothing good about this reform,” said Rozenn Cros in the southern French city of Cannes, as she and other teachers prepared for the strike, holding banners reading “No to 64”.

The challenge for unions, much less powerful than they used to be in France, is whether they can turn that opposition to the reform – and anger with a cost-of-living crisis – into a massive social protest that would last until Thursday. and eventually get the government to back down.

Protracted strikes met Macron’s latest attempt to raise the retirement age in 2019, and he eventually pulled it back after the Covid-19 pandemic hit.

“This issue of pensions is channeling all the discontent,” Philippe Martinez, the leader of the hardline CGT union, told Public Senat TV. “Today is going to be a very big day of mobilization.”

For Macron, it’s about his reformist credentials, both at home and among his colleagues in the European Union, and keeping government spending under control.

Reducing the retirement age by two years and extending the payout period would generate an additional €17.7 billion in annual pension contributions, which the Department of Labor estimates could allow the system to break even by 2027.

Unions argue that there are other ways to ensure the viability of the pension system, such as taxing the super-rich or increasing employer contributions or those of wealthy retirees.

More than 200 rallies are expected across France on Thursday, including a large one in Paris involving all French trade unions.

Unions have described the day as a starting point, with more strikes and protests to follow.

“What no one can know, and not even the unions know, is whether the French are angry enough to … block the country,” said Sciences Po professor Bruno Palier.

The reform has yet to pass parliament, where Macron has lost his absolute majority but hopes to get it passed with the support of conservatives.

Only between one in three and one in five TGV high-speed lines were in use, with hardly any local or regional trains, the SNCF rail operator said.

About seven in 10 primary school teachers have said they will strike, their main union said.

France’s power supply was cut at eight nuclear reactors and at some hydro plants as a result of the strike, utility EDF said, with electricity workers pledging to cut power supplies as a form of protest.

TotalEnergies CEO Patrick Pouyanne said a day of strikes and protests will not disrupt the refinery’s operations, but that could change if the strikes last.

Meanwhile, Macron and several of his ministers will be in Barcelona on Thursday for a meeting with the Spanish government.

Notre-Dame Cathedral will get its spire again this year, reopening in late 2024