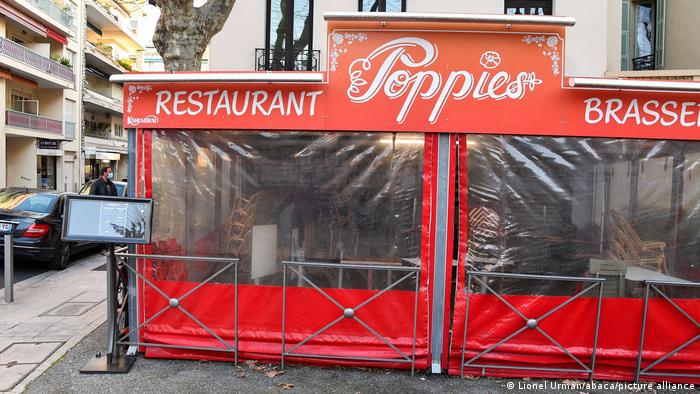 The mayor of Nice urged visitors on Sunday to stay away from the tourist hot spot on the French Riviera after the southern city saw a spike in coronavirus cases.

Christian Estrosi, of the center-right Republican Party, said new measures “going beyond the national 6 pm curfew” were needed to “stop the influx of visitors”.

“The weather is nice, everyone is rushing to come here. A weekend lockdown would put an end to this, without stopping the economic activity of the city,” he told France Info radio.

Nice has the highest COVID-19 infection rate in France, with 740 new cases per week per 100,000 inhabitants, according to Covidtracker.fr, or triple the national average.

On Saturday, Health Minister Olivier Veran said the government would decide this weekend to step up measures to fight viruses in the Mediterranean city.

“Consultations will be held over the weekend to take additional measures to stem the outbreak, ranging from a tightened curfew to local lockdown on weekends,” Veran said.

Restaurants, bars, cultural events and sports clubs have been closed across the country to stop the infections.

Estrosi, who is close to former French President Nicolas Sarkozy, said infection rates have jumped due to the massive influx of tourists over the Christmas holidays.

International flights to the city have gone from 20 flights a day before Christmas to 120 during the holiday season.

“We will be happy to have a lot of tourists this summer, once we win this battle, but better to have a period while we say, ‘Don’t come here – now is not the time. “Protecting the people of Nice is my priority,” he said.

If accepted, the new restrictions would likely extend to the entire administrative region of southern Alpes-Maritimes, which includes Nice, but not beyond.

Remi Salomon, president of the APHP network of hospitals in Paris and its surroundings, called the epidemic “out of control” in the region on BFMTV and said that the measures taken in recent weeks had not been sufficient.

Eric Ciotti, member of the National Assembly of Republicans who represents a district of Nice, told the nice morning newspaper that the decision appeared to have already been made and a weekend lockdown was on the cards.

France has so far avoided imposing a third national lockdown to combat the spread of the virus, unlike some of its neighbors.

Currently, mainland France has a nighttime curfew from 6 p.m.

The only part of the country with a lockdown in place is the island of Mayotte in the Indian Ocean, a French overseas department, where the measure has been in effect since February 5.

The curfew has been credited with keeping a lid on infection rates, but government spokesman Gabriel Attal told French television on Saturday evening that the latest trends were “not good”.

After a slow start, the vaccination campaign in France gained momentum with more than 2.5 million people receiving one dose and, of those, more than 1.1 million had both doses.