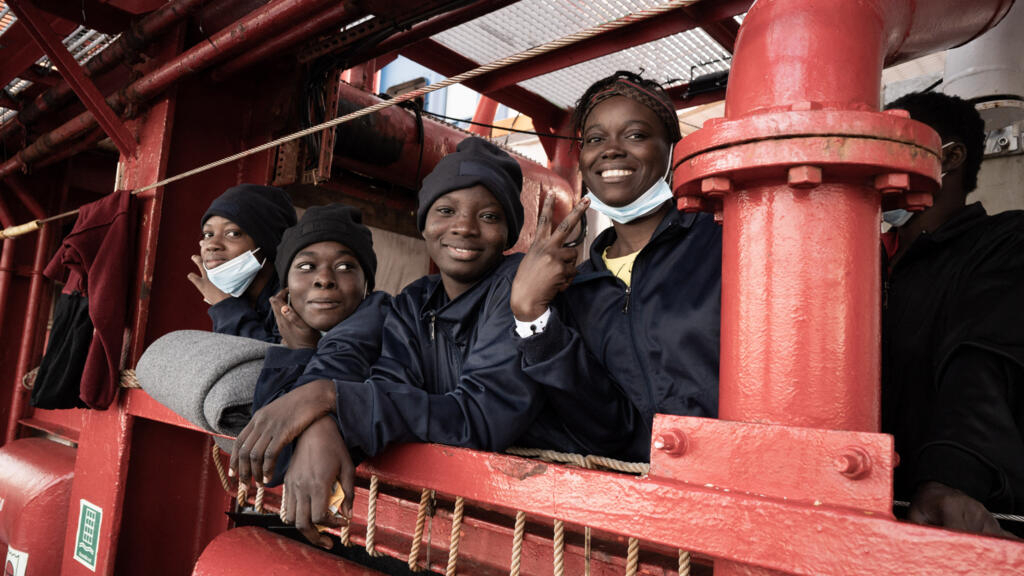 Most of the adult migrants rescued in the Mediterranean by the NGO Ocean Viking have been denied entry to France, allowing the ship to disembark after Italy blocked access to its ports, the interior ministry said on Friday.

The stalemate has reignited the EU immigration debate and increased tensions between France and Italy’s new far-right government under Prime Minister Giorgia Meloni.

After days of pleading to be allowed to dock in Italy, the Ocean Viking and its 234 rescued migrants disembarked at the French port of Toulon in what the French government called an “exceptional” decision.

About 40 minors have been placed in social care, while 189 adults have been taken to a reception center to assess the validity of their asylum applications, a senior interior ministry official said at a hearing by the State Council, the country’s top administrative court .

Of those, 123 people did not provide sufficient evidence to support their claims and were refused entry, the official said, without specifying if or when they could be deported.

The 66 others will be handed over to 11 other EU countries, including Germany, Finland and Portugal, which agreed to include them under a voluntary scheme that Italy wants to make mandatory for all EU members.

A French presidency official, who asked for anonymity, called Italy’s refusal a “dirty trick” ahead of a crisis meeting of EU interior ministers in Brussels next week.

Under international maritime law, ships in distress must be allowed access to the nearest port, meaning that Italy takes in a much larger share than its EU neighbors of the migrants rescued while trying to cross from North Africa.

Meloni’s government says it has already taken in 90,000 migrants so far this year, saying its refusal to help the Ocean Viking was a signal to the EU that it needed a new burden-sharing system to disperse migrants across the bloc.

“We must work together to find efficient solutions for immigration,” said the presidency official, adding that the migrants taken in would be deducted from the total amount France agreed to take from Italy in the coming months.

France has already suspended a plan to currently host 3,500 refugees in Italy, with Interior Minister Gerald Darmanin Rome warning of “several consequences for our bilateral relations”.

You are here – A heritage in the soil: meeting French farmers