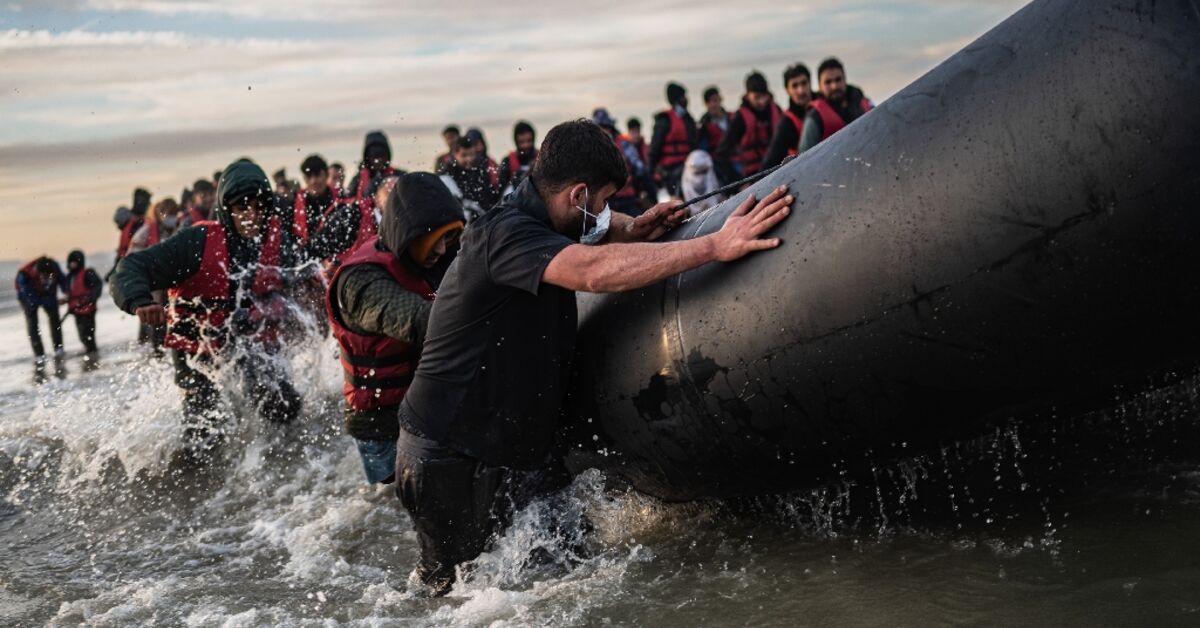 Britain agreed to pay France an additional 72.2 million euros ($74.5 million) to prevent the crossing of migrant boats under a new deal signed Monday that will improve ties between the neighbors underlined.

About 40,000 people – most of them Albanians, Iranians and Afghans – have crossed the Channel from France to England this year.

The figure is well above last year’s 28,561, a thousand-fold increase from 2018 when migrants and asylum seekers first started sailing on inflatable ships on one of the world’s busiest shipping channels.

“There are no quick fixes, but this new arrangement will mean we can significantly increase the number of French gendarmes patrolling the beaches in northern France,” British Home Secretary Suella Braverman said in a statement after the signing of the agreement. agreement with French colleague Gerald Darmanin.

For the first time, teams of observers will be deployed on both sides of the Channel to “strengthen common understanding”.

“The arrangement means that for the first time specialized British officers will also be embedded with their French counterparts,” the British Home Office said.

Successive British governments have paid France hundreds of millions of euros over the past decade to improve border security on the Channel coast, particularly around the port of Calais.

But in Britain, fueled by the right-wing media and members of the ruling Conservative party, there is suspicion that Paris is not doing enough.

The agreement reflects warmer ties between France and the UK since British Prime Minister Rishi Sunak took over after years of bitterness under his predecessors Boris Johnson and Liz Truss.

One of the worst public feuds between Johnson and French President Emmanuel Macron took place in November last year when 27 migrants drowned in the Channel.

Sunak and Macron held a cordial first meeting on the sidelines of the UN climate summit in Egypt last week and will meet again this week at the G20 in Indonesia.

The issue of managing the flow of asylum seekers and economic migrants from Africa and the Middle East has strained diplomatic relations across Europe for much of the past decade.

France and Italy, which elected a new far-right government, clashed last week after Rome refused to dock a rescue ship carrying migrants in its ports.

Macron and his Italian counterpart Sergio Mattarella on Monday pushed for a return to “full cooperation” after last week’s deadlock, which ended when France allowed the boat to disembark its passengers.

On the Channel Coast, doubts remain as to whether increasing changes in the number of French officers patrolling the rugged dunes and broad beaches can stem the rising tide of crossing.

Observers say migrants’ boats are getting bigger, smugglers’ tactics more sophisticated and departures are being recorded along an ever-widening stretch of coastline.

According to British figures, about 972 people were detected on Saturday making the crossing in 22 boats.

The French Coast Guard is adamant that they cannot intercept boats once they are in the water, as they could capsize if they attempt to do so.

The wave of arrivals in the UK has led to a blockage in asylum applications and increased housing costs estimated by the UK government at £6.8m ($7.8m) a day.

The ruling Conservative party has struggled with the issue for years and under Johnson devised a plan to send asylum seekers to Rwanda in an effort to deter new applicants.

“I’ve seen so many British ministers come to grips with the problem over the years and have decided that they will get to grips with it and somehow solve it,” former British ambassador to France, Peter Ricketts, told reporters. TBEN.

“But in the end they all fall back on the realization that the only way to get this under control is by working with the French.

“It is to be credited that the Sunak government has come to that conclusion quickly and today’s agreement is good news,” he added.

The Takeaway: Xi’s trip to Saudi Arabia sends a message to the US