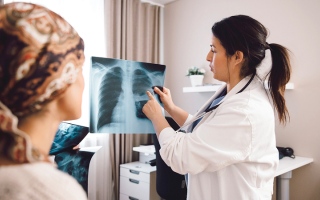 The medical texts of ancient Greece attached great importance to compassion and kindness in addressing patients, even before a disease was diagnosed.

She advised doctors to be careful in their dealings with their patients, warning of the bad psychological impact of arrogance, or negative comments or references directed at patients.

Today, medical students receive lessons on the effect of kindness on the patient’s psyche. Perhaps the most prominent feature that distinguishes a doctor from another is his success in creating a special relationship with his patients, as if he were a member of their family, which enhances the chances of recovery. People told Emirates Today that the experience of the global health crisis revealed a kind of unnecessary directness in performing Many doctors, pointing out that they were conveying to them the news of infection with the Corona virus in a way that caused them great concern. They added, “The gentle approach is more important than the treatment prescription.”

Doctors pointed out that the method followed by the doctor to open up to his patient is what determines the nature of the effect that will be deposited in the patient’s psyche later, and is reflected in his willingness to confront his illness, warning against the rough method in revealing the details of the patient’s health condition, especially if he suffers from chronic or dangerous diseases, Because ignoring the patient’s need for kindness may lead to aggravation of his health condition, and expose him to other diseases besides his illness.

In detail, people said that they lived through harsh experiences because of the way doctors resorted to conveying news of their injury, or that other people from their relatives were seriously ill. They added that the method itself may be part of the treatment or part of the disease, depending on its effect.

And they continued that the laws do not punish the doctor for behaving roughly or uttering rude terms, because these feelings stem from the person himself and cannot be imposed, pointing out that the experience of the global health crisis revealed roughness in the performance of some doctors, as they were conveying to them the news of infection with the Corona virus. In such a way that the patient feels that he is about to die.

The head of the Supreme Committee for Medical Responsibility in the country, Dr. Abdul Razzaq Madani, confirmed that the doctor’s disclosure to his patient about his health condition does not result in any legal responsibility, especially in dangerous diseases that the patient must be aware of from the outset.

He explained that «despite the necessity of being frank, doctors must use an appropriate method that does not have a bad psychological effect on the patient. For example, in the event that it is proven that he has cancer, or any other serious disease, the doctor may resort to telling the family first, and then gradually tells the patient the truth. disease until it responds to specific therapeutic measures.

He stressed the need to take into account the psychological dimension of the patient, as well as medical honesty, which requires openness and disclosure about the nature of the disease, which may be the basis for treatment and recovery.

Dr. Muhammad Hassan Farajallah, a consultant psychiatrist at Khalifa Medical City in Ajman, said that the doctor’s transparency with the patient about his health condition is a patient’s right by virtue of medical norms and medical ethics, which decide that every patient has the right to be informed of his health condition, and for the doctor to confirm From his understanding of his situation to be able to participate in decision-making about the available treatment options, and this concept is called “independence” in medicine.

Farajallah pointed out that concealing the truth about the patient’s health condition leads to a shake-up of confidence in the doctor, and nullifies the patient’s right to make decisions about treatment plan options.

Regarding the possibility that excessive transparency about the patient’s condition may lead to a deterioration in his health, he stated that achieving the patient’s supreme interest is the basic concept that governs the patient-doctor relationship, and this interest cannot be achieved without being frank with him about his health condition, so that he can participate in decisions that affect On his health and his life, the only exception is if the patient does not want to know the truth, or if he wants to entrust the task to the family, for example.

He stated that the psychological effects of frankness can be avoided most of them with the skill of the doctor who informs the patient of the truth about the health situation, stressing that «this is an art of medicine» taught in medical colleges and is called «the art of conveying bad news», and requires knowing the culture of the patient and his desire to know the truth. Or perhaps his desire to delegate the family to act on his behalf, as it requires gradualism and showing understanding.

He stressed that the safe prescription for the doctor’s relationship with his patients is to know and understand the cultural background of the patient and his family, and to appreciate the interest shown by the family in the patient and its desire to hide the truth from the patient sometimes, without yielding to this desire unless this is what the patient requests, and trying to discuss and alleviate the family’s fears of The effect of patient frankness on his psychological condition.

The gradual delivery of bad news and choosing the appropriate time, place, and method for delivering it is of great importance.

He added, “It is better for the doctor to respect the patient’s desire, which may range from knowing the full truth or knowing the amount he wants, or sometimes deputizing the family or one of its members to know and convey the truth about his health condition.”

For his part, Dr. Adel Sajwani, a family medicine consultant, said, “The doctor’s duty is to inform the patient of all his medical history, even if some news is negative, such as the discovery of cancers and chronic or infectious diseases. The patient has the right to know them fully.”

He added, “The doctor must have the skills to communicate the information to the patient in a good way that does not harm his mental health, and does not negatively affect him,” stressing that “concealing some things from the patient has negative consequences that will be revealed sooner or later.” At the same time, the doctor should not rush to diagnose the patient before carefully reviewing all medical examinations and reports.

He pointed out that some doctors make an early diagnosis of the disease once they see the symptoms, which may negatively affect the patient, and may lead him to major health problems and health and financial consequences.

For her part, the clinical psychologist at Al-Amal Hospital in Dubai, Dr. Laila Al-Mulla, confirmed that transparency between the doctor and his patients should be the basis of the relationship, but the doctor’s method of conveying information may be a cure or a disease.

Al-Mulla emphasized that “the patient’s knowledge of the nature of his health condition is a professional and moral right,” but it must be done according to special controls, as “the patient’s psychological state affects negatively and positively the strength of the immune system that deals with disease in general.”

And she stressed the need to always take into account the bright positive side in the transfer of information, whether it is from a doctor to a patient or from one patient to another, and the doctor may overlook disclosing the truth about the patient’s health condition if he feels that his psychological condition is unstable, and instead informs his family.

He stressed the importance of taking into account the psychological aspect of the patient during the stage of his treatment, as it greatly affects the body’s immune system, by strength or weakness, so transparency and frankness about the nature of the disease must be based on positive controls in all cases.

Mohammed bin Rashid: We are always optimistic about the most beautiful future in the UAE