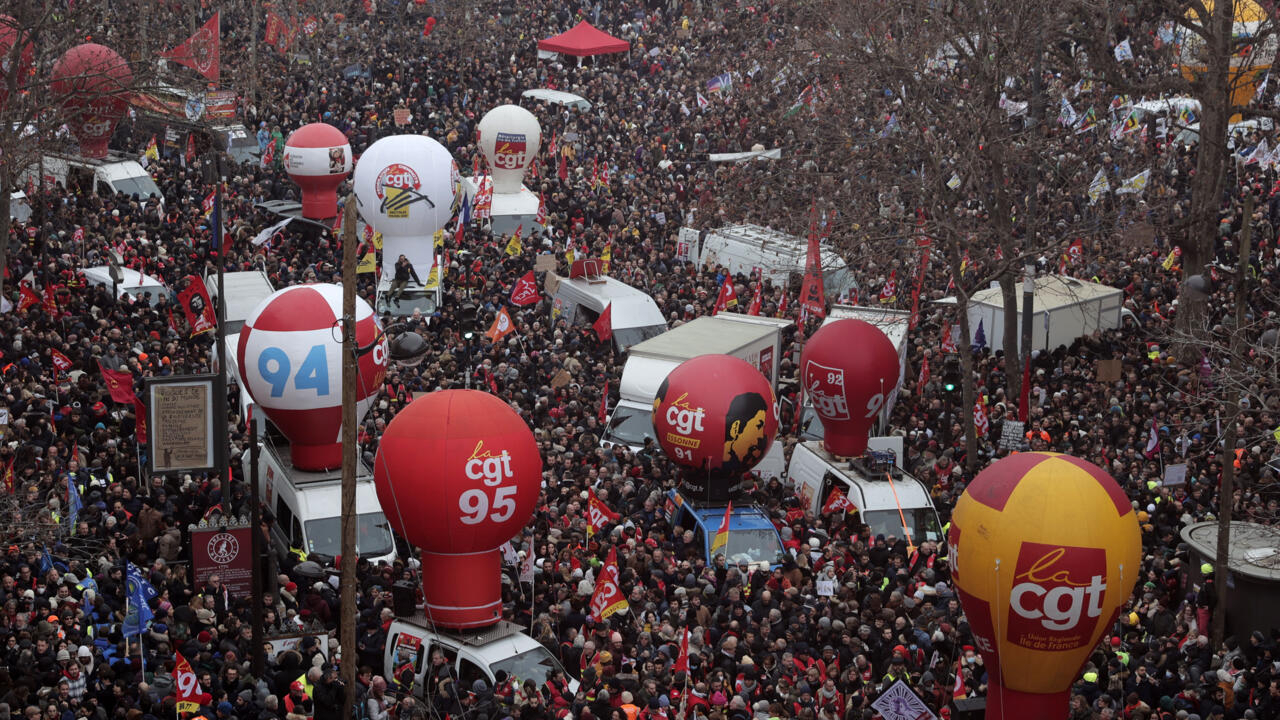 Strikes in protest against plans to raise France’s retirement age are unlikely to harm the country’s economy, Finance Minister Bruno Le Maire said on Friday, after more than a million people gathered across the country to protest the planned pension review.

“I don’t think the strikes will have a really significant economic impact on the French economy,” Le Maire told Bloomberg TV at the World Economic Forum in Davos, adding that the French economy was “doing well.”

The Interior Ministry estimated the total number of protesters at 1.2 million – in what the government admitted was a large turnout.

French trade unions have united in a rare demonstration of unity against the unpopular reform, polled by a large majority of French people. Unions have called for another day of nationwide protests on January 31, but the government has shown no signs of backing down.

“We are convinced that this reform is a necessity for France. It is the best way to ensure more prosperity for the French people,” Le Maire said in Davos, although he added that the government would have an “open” mentality regarding conversations about the change. .

The pension reform would raise the retirement age from 62 to 64 and increase the number of years of contributions towards a full pension. The reform has yet to go through parliament, where Macron has lost his absolute majority but hopes to get it through with the support of Conservative MPs.

Macron’s last attempt at pension reform in 2019 was shelved a year later when Covid-19 hit Europe. But it had already led to the longest strike on the Paris transport network in three decades.

The 45-year-old former banker vowed to press ahead with plans to lower the retirement age during his re-election campaign last year, citing predictions that the system could slide into a deficit by the end of the decade. But trade unions say there are other ways to fund pensions and argue that the proposed reform is unfair to those who started working at a young age or who have done physically demanding work.

Mary, Queen of Plots! Secret letters written by the 16th-century monarch are being deciphered by experts