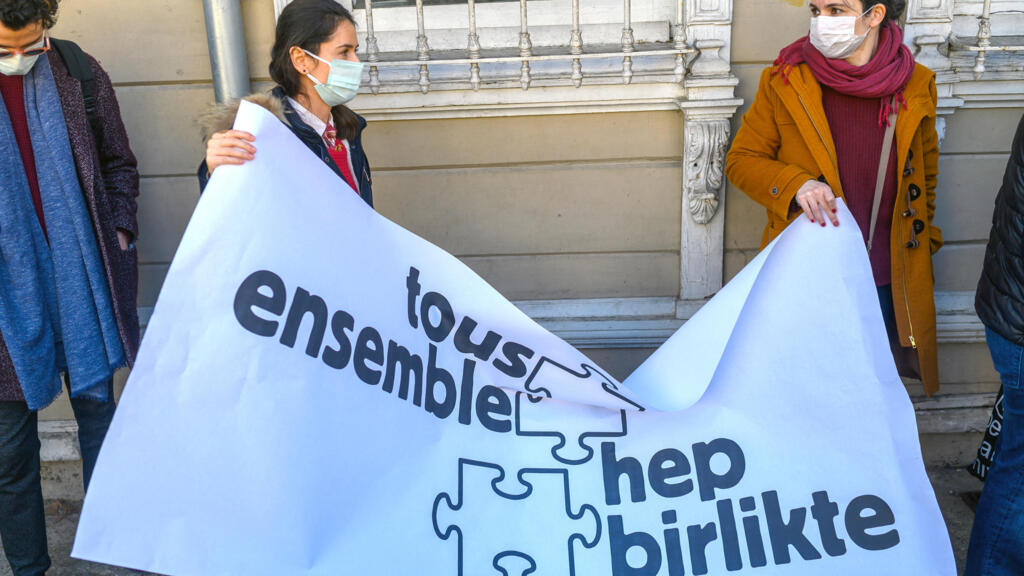 More than a dozen French professors from a major Turkish university are threatened with expulsion after being refused a work permit amid a diplomatic quarrel between Paris and Ankara.

Six instructors from the prestigious Galatasaray University in Istanbul told TBEN they felt they had been caught in the sights of a sometimes personal war of words between Turkish President Recep Tayyip Erdogan and the French Emmanuel Macron.

The two leaders have had a tumultuous relationship, arguing over everything from Turkey’s tough foreign policy in Syria, Libya and the eastern Mediterranean, to France’s treatment of its large Muslim community.

The fate of the teachers has additional diplomatic connotations as the university, perched on a picturesque site overlooking the Bosphorus, was founded in 1992 by an agreement between then French President François Mitterrand and Turkish Turgut Ozal.

The university was established as a “flagship of Franco-Turkish cooperation” in 1992. Instead, it has become a symbol of animosity between the two NATO allies, with Macron turning into a vocal critic of Erdogan’s push into the disputed Eastern Mediterranean.

Fluency in the tit-for-tat language

The row began in September when French instructors were denied new work permits, which must be renewed every year, after the Higher Education Council of Turkey (YOK) suddenly changed the rules and took them away. required to first pass an advanced B2 level Turkish proficiency test.

Seeing this as a mere formality, the teachers complied. But in December, they learned that only six instructors who reached advanced B2 level would be allowed to stay, leaving about 15 others in limbo.

The professors said they suddenly discovered the new criteria in December and had no time to prepare.

“This level, which is very high, is not necessary, because our courses must be given in French,” said the teachers in a joint statement.

Without a residence permit, French monitors cannot open a bank account, sign leases, buy public transport tickets or have the right to return to Turkey if they travel abroad.

The new language requirement appears to come in response to France’s decision to impose a similar French language proficiency rule on foreign teachers and imams in several countries, including Turkey.

Protests against the appointment of a new rector

The dispute comes amid growing diplomatic tensions between France and Turkey that have had personal connotations between the leaders of the two countries. In September, Erdogan questioned Macron’s “sanity” over a dispute over Islam in France.

The same month, Macron said the Turkish people “deserve something else” than Erdogan’s policies.

As the standoff continues, French protesters are finding support from their Turkish colleagues and students, who are upset by what they see as growing government interference in campus life. Students and professors from nearby Bogazici University have been organizing daily protests since the start of the year against Erdogan’s appointment of a loyalist as rector.

Protesters called for the resignation of the new rector, Melih Bulu, and for the university to be allowed to elect its own president.

(TBEN with TBEN and TBEN)