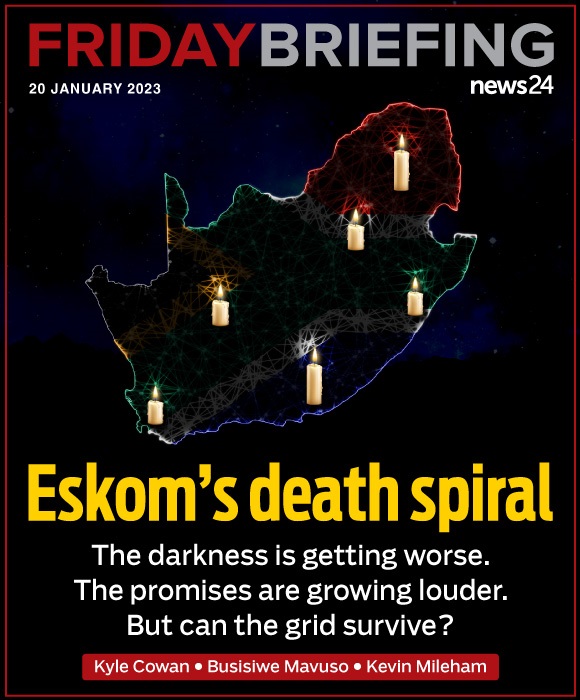 If you want to get a sense of how bad our electricity crisis is getting, consider the data from the EskomSePush app. The makers have been tracking load shedding since 2015. The Outlier has collected that data and illustrated it in a load shedding tracker to show how much we are in the coercion.

If you thought there was light at the end of this tunnel, you were wrong, even though when the crisis hit, promises were made that the divestiture would be addressed within 18 months. That never happened. And as the crisis deepens, promises continue to be made. And it will probably all come down to the same result: more darkness.

ALSO READ  Sharks avoid making the season a Siya swan song: 'It's a loss, but we can't make it about individuals' | Sport

Opposition parties and law firms have decided to follow the court’s path to try to end the disruption. But as analyst Steven Friedman writes in his subscriber-only column Against the Tide, “it’s hard to see what this will accomplish beyond confirming that the political class sees litigation as the solution to all problems.” In his TBEN column this week, Mpumelelo Mkhabela also questions why a matter of such immense public interest requires a court order. He writes that parliament should do its job and obtain information from President Cyril Ramaphosa.

Insight and analysis of the week’s big political story, plus a roundup of top columns and most-read articles.

TBEN’s Kyle Cowan discusses three things that can get us out of trouble faster.

Business Leadership’s Busisiwe Mavuso and Business Unity South Africa’s Cas Coovadia and the Energy Council of SA’s James McKay consider the implications of continued tax cuts for struggling companies that have just overcome the Covid pandemic. And the District Attorney’s energy spokesman, Kevin Mileham, tells us how his party would handle the crisis if it was in charge.

We hope you have light to read this edition as it is an important one.

Eskom has big problems that can be summarized in three crisis points: time, money and generation capacity. While it’s easy to criticize, the reality is that the utility doesn’t get proper help. Here are three things that need to change today to help Eskom fix itself and end loadshedding faster, writes Kyle Cowan.