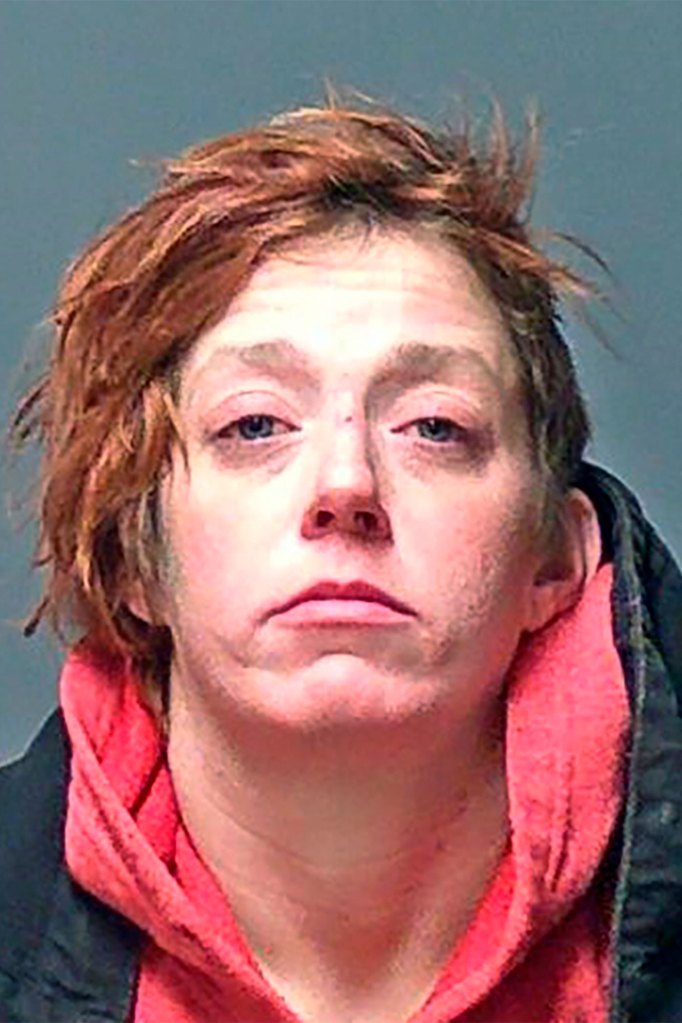 George Theberge, 45, was with Eckersley, the daughter of the Hall of Fame pitcher, when she gave birth to the baby in freezing temperatures on Dec. 26 before they reportedly abandoned the infant in the tent they lived in in New Hampshire, according to Manchester police.

Eckersley was previously arrested on charges related to the horrific incident.

Theberge, identified in court documents as Eckersley’s boyfriend, was detained by Manchester police on Wednesday and charged with witness tampering, child endangerment and reckless endangerment, the Boston Globe reported. His arraignment is Thursday.

Eckersley, 26, pleaded not guilty to child endangerment and other charges. Theberge allegedly urged his girlfriend to mislead the police about where the baby was, the newspaper reported, citing police reports.

ALSO READ  Statins should be offered to anyone who wants them, says new NHS guidelines

According to a police statement, she called authorities around midnight on Dec. 26 and told them she had just given birth, the Globe reported.

When officers responded, she allegedly lied about where the baby was. The little boy was eventually found improperly dressed and struggling to breathe on the floor of the tent, Manchester Fire Brigade said.

Manchester police said the baby – now reportedly doing well – was left alone in temperatures of 15 degrees for more than an hour before being rescued by first responders.

According to the police statement, Eckersley told police her friend had told her the newborn “had no pulse and she didn’t know how to determine whether the child had a pulse or not,” according to the Globe.

She also said she and Theberge, both homeless, had talked about how police would break up the tent they were living in and leave them out in the cold during the winter season, the affidavit said.

“Eckersley admitted she had a conversation with George in which they agreed to tell the police that the incident took place on the football pitches so that the police would not find and take their tents,” the police wrote, the paper reported.

Eckersley’s attorney, Kim Kossick, said her client told authorities where the child was.

“In my opinion, she saved the baby’s life,” Kossick countered.

Dennis Eckersley pitched 24 seasons in the major leagues and was a former announcer for the Boston Red Sox. The Cy Young winner and his family said in a statement that they were “complete shock” over the incident, noting that their adopted daughter was dealing with “serious mental illness”.

“It is heartbreaking that a child was born under such unimaginable circumstances and in such tragic circumstances,” the family said, according to NBC Boston. “We, along with everyone else, learned from news reports what happened and are still in complete shock.”

The family also said they offered their daughter a way home, “but she made different choices.” They said they filed a petition for custody to receive information and make decisions regarding Allie’s son.

“We hope Allie now accepts the treatment she desperately needs for her mental health problems,” the family said. “We also hope that anyone who has heard this tragic story will not pass judgment on our daughter until all the facts are known.”

Eckersley was released on bail on Dec. 31, The Globe reported.

Conditions for her release include living in an austere home, her parents, or another court-approved arrangement. She also could not have contact with her son.

Her lawyer said she is undergoing treatment and recovering from the ordeal.