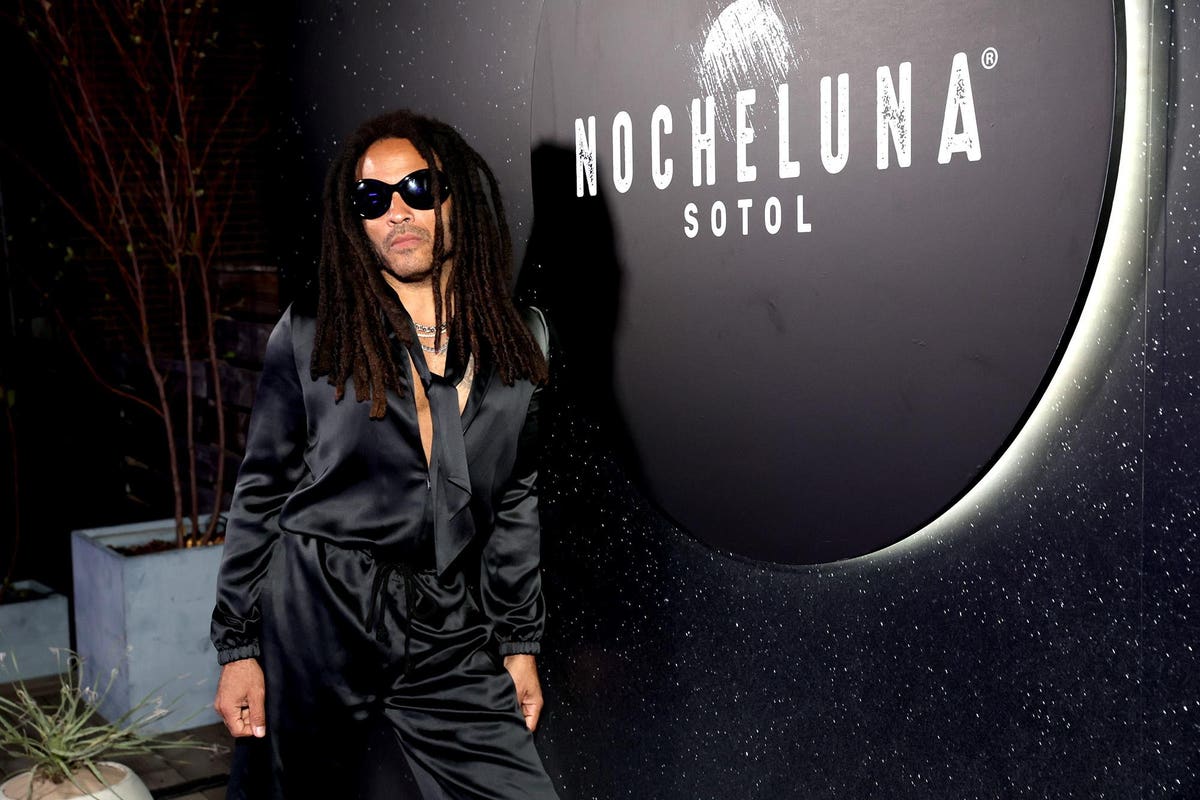 Drinking whiskey with Bob Dylan in his boxers. Creative director for Dom Pérignon. Lenny Kravitz has had many adventures in the world of wine and spirits. Now he’s jumping even further with the release of Nocheluna Sotol – a Mexican spirit native to Chihuahua. When we spoke to Kravitz at the release party on a rooftop in Williamsburg, we shared some sotol and discussed everything from his new entry into the liquor business to why there are just too many princes to keep up with in Lichtenstein.

What was your first drink?

In life? (laughs) Are you serious?

It’s that kind of interview.

Okay, this is embarrassing.

Well, yes. But first alcoholic drink. Manischewitz with one of my relatives. Hanukkah party on Staten Island. When I was 5 or 6. And it didn’t end well.

You overdid it at 5.

Yes, that’s why I’m not an alcoholic. That got me.

When did you start enjoying wine and spirits as an adult?

I didn’t like wine. When I started touring at 24, I spent a lot of time in Europe and ended up going to a prince’s house. I don’t remember which prince. You go to Switzerland, Liechtenstein and there are many. It was one of the princes and they had a big dinner and they made Château Lafite Rothschild pass out like it was water.

I didn’t mean to be rude, I said I don’t like wine. And why didn’t I like wine? Because I didn’t have it Turn right wine. So the first one I have in the world is Château Lafite Rothschild – I can’t remember the vintage – but I drank it and wow! I started learning as I traveled, I met several wine experts who became friends. My first passion in wine was Bordeaux, I became a fanatic.

Eventually you ended up with Dom Pérignon.

Not only by business, but also by passion. Many years before I started working with Dom Pérignon as Creative Director, I became really good friends with the Chef de Cave Richard Geoffroy. We were introduced by mutual friends. He came to my shows and took me to Champagne. Since I live in Paris, I hung out with this guy for a few years and we just realized that what we do is very similar. Even though they are two people you wouldn’t think are more different, the discipline in what we do and how we create is the same.

Everyone makes tequila and mezcal brands. Why did you want to go for sotol?

I was sent a secret unmarked bottle with a sticker on it. I was in the Dominican Republic at the time doing a movie with Jennifer Lopez (Shotgun Wedding) and they sent it to me and said I think you’re going to love this. I tried a shot of it and I was like ‘oh what is this?’ I didn’t know what sotol was, as many people don’t know these days. We started mixing it with different fruit juices, it mixes well and it’s pure good too. I like the smokiness. I like smoke, whether in food, fragrance or in a spirit.

Then I said I wanted to know more about this. So I went to Chihuahua and hung out with the guys who make it, families who have been doing this for generations. I looked at the process, we started a relationship and I said I’d love to be a part of this and help introduce it internationally. I loved that it’s a new category. We’ve got plenty of tequilas, gins and rum. People are always looking for a different story, a different taste. I believe in it and think it will take off.

Have you ever shared a drink with one of your idols?

I think my best drink ever was whiskey with Bob Dylan.

What did you talk about?

Everything. This was 1990. My first album ‘Let Love Rule’ came out in ’89 and he had heard about me, heard the record and he liked it. We played together at a festival and he said, “You’re that black Jewish boy, aren’t you?” And I said yes… that’s me. And he said to come to his room. I’m new, right? Wow…

I went into his room and he was wearing boxers because his tailor was ironing his pants for the show. I think if my teenage self could see this. I’m in Bob Dylan’s dressing room. He’s in his boxers. He pours some whiskey and hands it to me. I didn’t even like whiskey.

Did you drink the whiskey?

I drank the whiskey.

Do you have a favorite guitar?

I have a ’59 Les Paul sunburst that looks like it came off the factory line last week. It’s just for the studio – it’s not going on tour. And it’s my favourite.