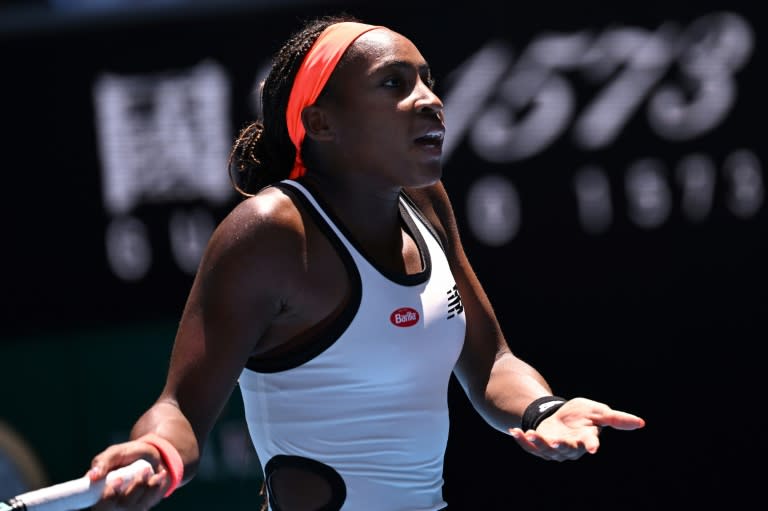 Coco Gauff burst into tears at an emotional press conference following her surprise exit from the Australian Open in the last 16 stage on Sunday.

Despite her young age, the 18-year-old is usually a calm figure under the glare of the world media.

But it all became too much when she was asked about the frustration she felt during her 7-5, 6-3 fourth-round defeat to Latvian Jelena Ostapenko, the 2017 French Open champion.

“I worked really hard and I felt really good coming into the tournament, and I still feel good,” Gauff told reporters.

“I still feel like I’ve improved a lot. But you know, when you play against a player like her and she plays really well, it’s like there’s nothing you can do.”

The extraordinarily talented American, who now has to wait at least a bit longer for a first major crown, added: “I feel like I wouldn’t say anything today because you play every game, but I feel like it was tough .

“So it’s a little frustrating on that side.”

Her voice suddenly cracked, tears flowed, and the teen was presented with a tissue, before saying, “I’m fine. We can continue.”

Gauff rallied to say she would now support her doubles partner Jessica Pegula, who later played another former French Open champion, Barbora Krejcikova, for a place in the last eight.

“I hope she continues well in the tournament now that I’m out,” Gauff smiled. “I hope she wins.”

Second seed women’s doubles Gauff and Pegula will play for a place in the quarterfinals against Japan’s Miyu Kato and Indonesia’s Aldila Sutjiadi on Monday.

“I’m excited to play doubles. I think it gives me the opportunity to still be there and I’m definitely enjoying just generally competing,” said Gauff.

“So I think it will help me (to get over the defeat), just let me play with some frustration.

“I think doubles taught me how to play, after a loss, how to play with frustration, and that’s how I felt today. I was frustrated.”