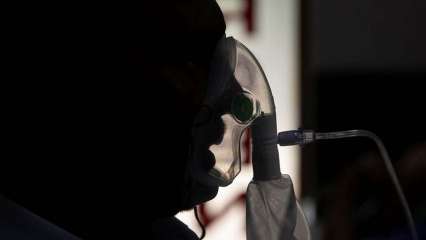 Congress chief Rahul Gandhi tweeted on Tuesday and said the only way to stop the spread of the COVID-19 virus in the country is a nationwide lockdown. He also did not fail to criticize the government, saying that there was a total lack of strategy.

He tweeted: “I just want to make it clear that lockdown is now the only option due to a complete lack of strategy on the part of the Indian government. Rather, they have, on the contrary, been successful in actively helping the virus to reach this stage where there is no other way to stop it. A crime has been committed against India. “

In a previous tweet, he wrote that the only way to stop the spread of the coronavirus now is with a full lockdown – with NYAY’s protection for vulnerable sections.

The only way to stop the spread of Corona now is with a full lockdown – with NYAY’s protection for vulnerable sections.

The Indian government’s inaction is killing many innocent people.

Rahul Gandhi last week targeted the Center saying there was no responsibility despite the death of more than two lakh from the second wave of the deadly COVID-19 virus.

In the past 24 hours, India has reported over 3.57 lakh of fresh COVID-19 cases and 567 deaths. The country’s workload has now exceeded two crores and the death toll stands at nearly 3,500.

Meanwhile, the BJP hit back at Rahul Gandhi for his tweet, accusing him of playing “ cheap politics ” on the pandemic.

Mayawati calls his party’s performance ‘encouraging’ in UP Panchayat election