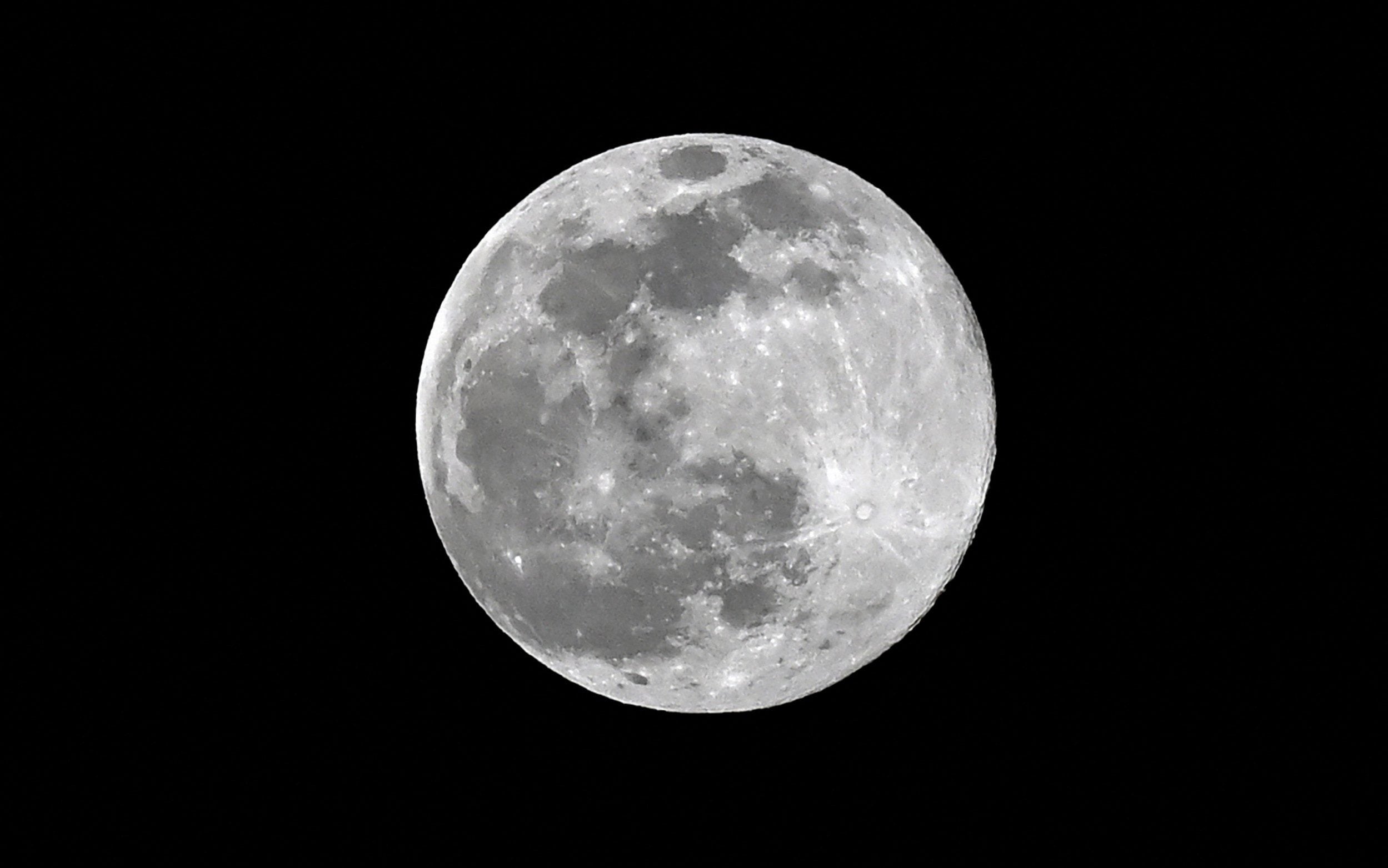 Tribes in North America typically harvested sturgeon around this time, but this is also when grain and corn were being picked, which is sometimes referred to as Grain Moon.

This full moon appears the same month as the Perseid meteor shower, which peaks on August 12 and 13, and this year a blue moon (the third full moon of a season with four full moons), will also occur on August 22. . .

The Harvest Moon is the name given to the first full moon that occurs closest to the fall equinox, which falls this year on September 22.

September was when most of the crops were harvested before fall and this moon would light up the farmers so they could continue working longer into the evenings. Some tribes also called it the barley moon, corn full moon, or fruit moon.

As people planned in advance for the cold months to come, the October full moon became the perfect time to hunt game, which grew larger by eating falling grain. This full moon is also known as the traveling moon and the dying grass moon.

Beavers usually start building their winter dams, which leads to this full moon nickname. It is also known as the Frost Moon, as winter frosts historically began to wreak havoc during this time.

In 2021, the beaver moon will coincide with a partial lunar eclipse, otherwise known as the half-blood moon.

The nights are long and dark and the grip of winter is tightening, hence the name of this full moon. Falling during the holiday season, it is also called Moon before Yule and Long Nights Moon.

This full moon was named because the villagers could hear packs of wolves howling from hunger at this time of year. It is also known as the Old Moon, Ice Moon, and Snow Moon, although the latter is generally associated with the full moon in February.

ALSO READ  Prince Philip in his own words: 'I'm rude but it's fun'

The Snow Moon is named after the cold white stuff because, historically, it has always been the snowiest month in America. It is also traditionally called the Hunger Moon, as hunting was very difficult in snowy conditions.

As the temperatures warm, earthworms start to appear and the birds start to find food. It also has several other names, including Sap Moon, Crow Moon, and Crust Moon, while its Anglo-Saxon name is Lenten Moon.

The worm moon graces our skies in the same month as the spring equinox, which fell on March 20 of this year.

A total lunar eclipse, also known as a “ blood moon, ” occurs when the Moon moves within Earth’s shadow. At a distance from the Moon, this shadow appears like the bull’s eye in the center of a dartboard.

The shadow shadow slowly crawls over the Moon’s disk until it engulfs it completely. You might think the Moon would disappear from view at this point, but it usually isn’t. Earth’s atmosphere acts like a lens, refracting or bending red light from the Sun to fill in the otherwise dark shadow. As a result, the usual bright white hue of the Moon turns into a deep blood orange.

Space fans will recall that the last total lunar eclipse graced our skies on January 21, 2019. In total, the celestial spectacle – which was also a full moon and a super moon – lasted five hours, 11 minutes and 33 minutes. seconds, with its maximum totality peaking at 5:12 a.m.