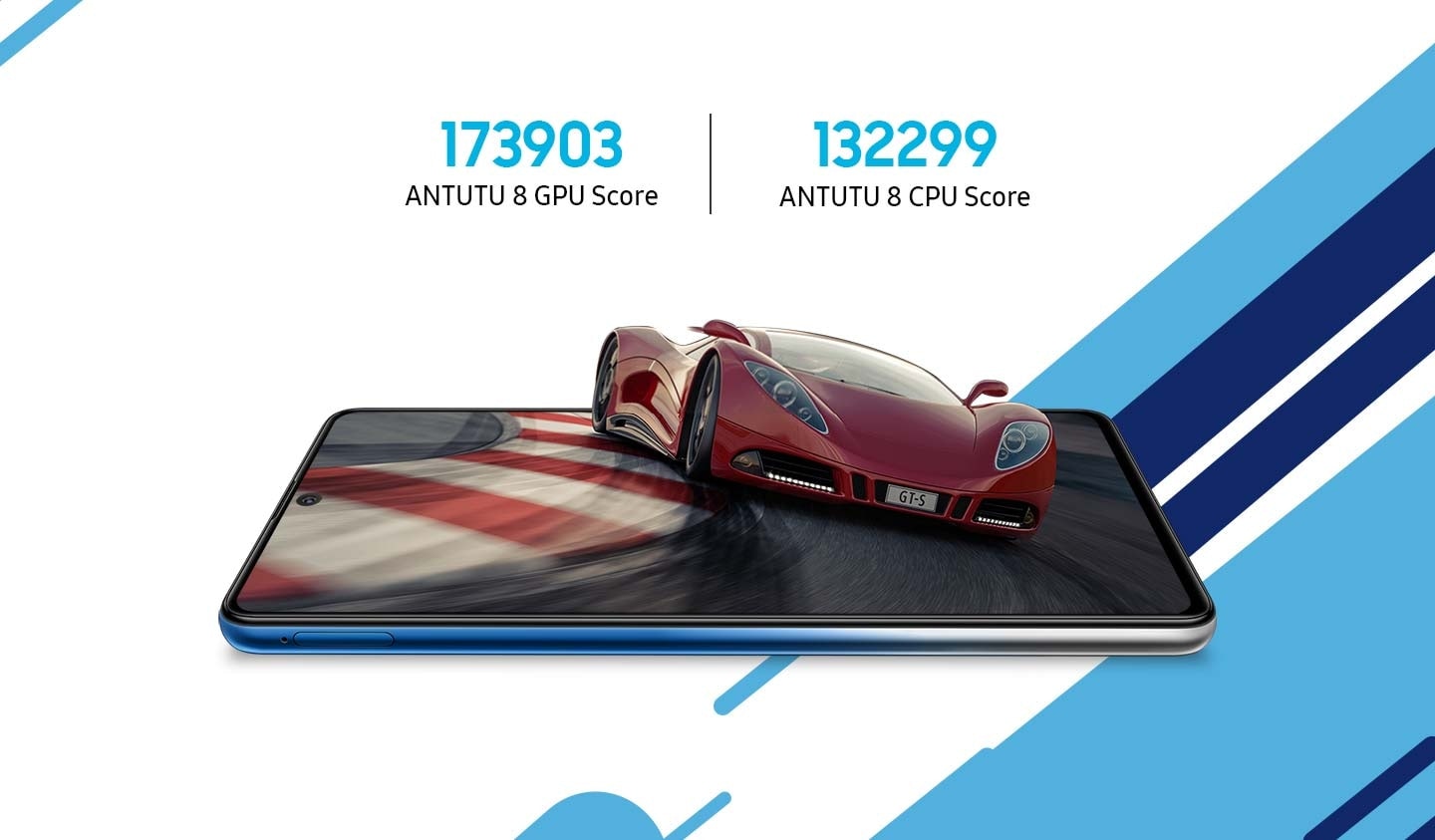 When was the last time you got really bored? With a smartphone in your pocket, there are no more dull moments. But can your smartphone run all the major mobile games? Does it slow down while playing some popular games? If the answer is yes, read on.

Samsung understands the importance of a cost-effective device for the current generation of smartphone users, its Gen-Zs, and millennial consumers. The company amazed us all with its first Galaxy F series phone of the year. latest, and it does it yet again with the #FullOnSpeedy Samsung Galaxy F62, powered by the flagship 7nm Exynos 9825 chipset and a massive 7,000mAh battery.

The Samsung Galaxy F62 is a great smartphone for young people who spend a lot of time playing mobile games. The smartphone is powerful enough to handle all of your favorite mobile games and comes with an array of other cool features that add even more value to Gen Z.

Let’s take a look at some of the biggest features that make the Galaxy F62 a #FullOnSpeedy phone for gaming enthusiasts:

In order for any smartphone to handle gaming, it needs the right mix of CPU, GPU, memory, and software optimizations. The Galaxy F62 ticks all of these boxes quite easily.

The phone is powered by the flagship Exynos 9825 7nm processor which delivers the best segment scores. The chipset managed to score 4,520,065 on ANTUTU 8, 2,401 on Geekbench 5 and 68 on GFXBench 5. These are impressive numbers for smartphones in the below 25,000 rupee segment.

On the software side, the Samsung Galaxy F62 is powered by the Android 11-based One UI 3.1 interface. The slick interface is cleaner and smoother than ever. Launching your favorite games is faster, faster, and a lot easier. Multitasking is a snap.

This means you can play any mobile game on the go. The Samsung Galaxy F62 provides the perfect environment to run all the resource-hungry games you can think of, without worrying about anything slowing you down. The phone is an absolute gaming delight.

While the flagship processor unlocks an incredible platform for gaming, the massive 7,000mAh battery inside the Galaxy F62 delivers the ultimate uninterrupted gaming experience. The ultra-powerful battery is not only large in capacity, but also in functionality. It supports reverse charging, which means you can charge your other devices. The phone comes with a 25W USB Type-C fast charger in the box so that you can quickly charge the phone battery.

A large, beautiful and immersive screen to enhance your gaming experience 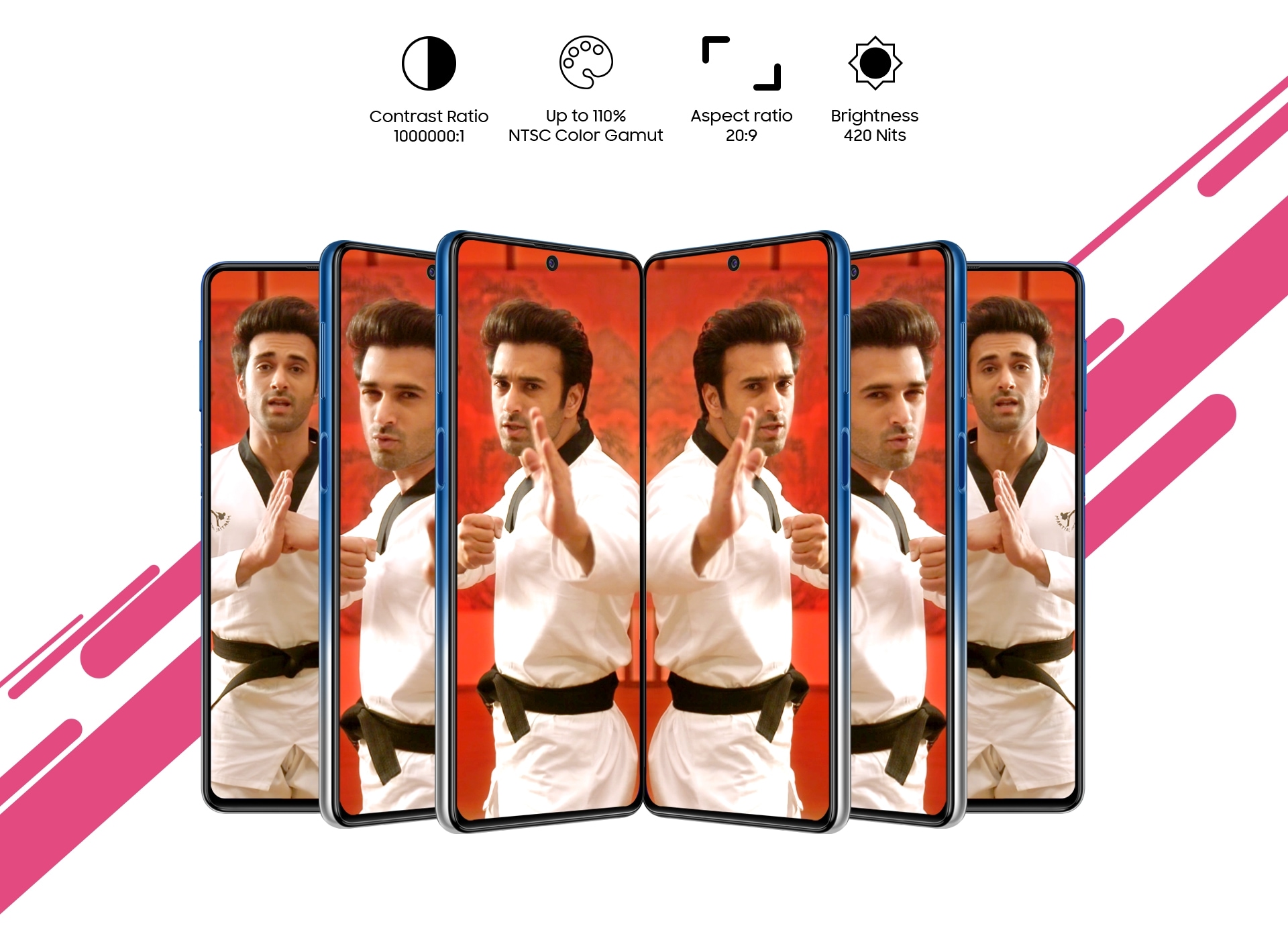 To further enhance your gaming experience, the Samsung Galaxy F62 incorporates a 6.7-inch FHD + sAMOLED + Infinity-O large screen. The large screen is perfect for endlessly playing your favorite mobile games. The screen has a maximum brightness of 420 nits, which means you can play games while you’re in the sun. It also features a contrast ratio of 1,000,000: 1 and an aspect ratio of 20: 9.

By now, you’re probably wondering what the Galaxy F62 brings in terms of cameras. Samsung’s Galaxy F62 comes with a 64-megapixel quad rear camera setup and a 32-megapixel front camera. Other cameras include a 5-megapixel macro camera, a 12-megapixel ultra-wide camera, and a 5-megapixel depth sensor.

The camera supports Samsung’s Single Take feature, which is mostly found on more expensive Galaxy phones. The function allows you to capture 14 unique outputs including static outputs such as best moments, filter, smart crop and live focus and video outputs such as original video, boomerang, hyper -lapse and fast forward in one take.

An affordable price and plenty of offers too

This smartphone made in India is currently the first phone with a 7000 mAh battery on Flipkart. You can pick one up for as little as Rs. 23,999 with instant cashback of Rs. 2,500 with ICIC bank cards and EMI payments. The phone is now available on Flipkart and the Samsung online store. You can also buy it offline at Reliance Digital stores.

With Flipkart’s smart upgrade program, you can buy the Samsung Galaxy F62 for as little as 70% of the actual price. After using the phone for a year, you can pay the remaining amount and keep the phone, or upgrade to the latest Galaxy series smartphone

So what are you waiting for? Head over to Flipkart and Samsung right now, grab the all new Samsung Galaxy F62 and have fun playing all your favorite mobile games without worrying about anything slowing you down.

OTP issues? Here’s why you might not be receiving an SMS today

The Bharat Express News - March 9, 2021 0
WASHINGTON - The Biden administration on Monday decided to reimpose financial sanctions on an Israeli mining executive who had turned to a team of...