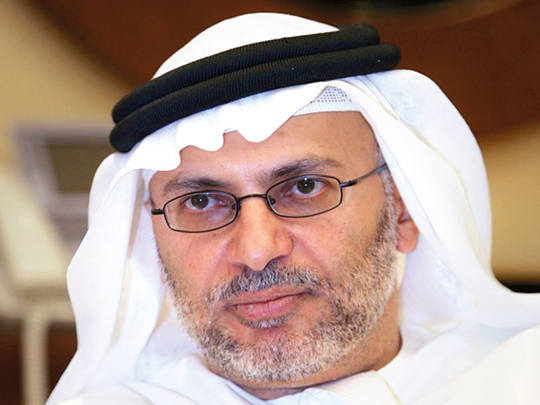 Cairo: Saudi Arabia’s presidency of the Group of 20 (G20) summit, due to start on Saturday, underlines the kingdom’s “central role” in the region, said Arab Emirates Minister of State for Foreign Affairs united, Dr Anwar Gargash.

Saudi King Salman Bin Abdulaziz will host the virtual summit of leaders of the world’s major economies on Saturday.

“This [Saudi] Standing has always been linked to stability, prosperity and the protection of Gulf, Arab and Islamic interests, ”Dr Gargash tweeted on Friday.

He added that the UAE sincerely wishes the summit success “for humanity and the world”.

Saudi Arabia is the first Arab country to chair the G20, which comprises two-thirds of the world’s population and 75% of world trade.

The two-day summit is expected to focus on ways to rejuvenate the global economy hit by the COVID-19 pandemic.

Top stories of the evening

The Bharat Express News - December 1, 2020 0
Beverley Callard and Victoria Derbyshire were the latest celebrities to be voted off I'm A Celebrity... Get Me Out Of Here! in the series' first...

Iowa officials certify victory for the House of Republicans by six...

‘We have hurt enough in the Senate’: why Joe Manchin will...

Iowa officials certify victory for the House of Republicans by six...