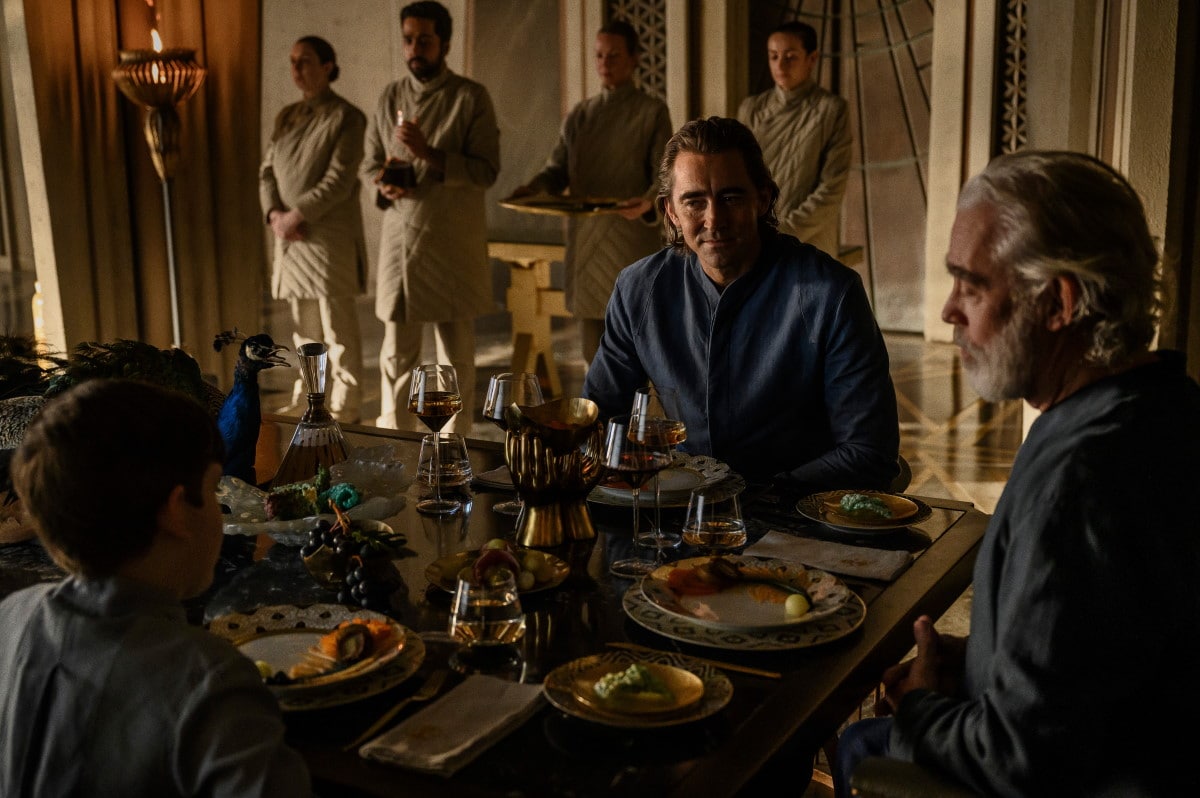 Foundation – airing Friday on Apple TV + – is technically based on the eponymous novel series written by Isaac Asimov. But when Asimov started writing the series in the 1940s, he wasn’t writing a novel but just a short story series. Chronicles of the fall of a galactic empire that has existed for over 12,000 years, the events of the Foundation the books span centuries. Asimov had a penchant for frequent jumps, with characters introduced and quickly forgotten. There is little connective tissue between the stories, and it would never translate well on TV. Foundation (the series) advances through time a few times, but for the most part, the events of the first season take place in the same year.

It’s smart because good long-form TV is built around characters, not events. If Foundation is going to last eight seasons, this co-creator, showrunner, chief writer and director of the Season 1 finale David S. Goyer – best known for writing Man of Steel, and the Blade trilogy – wants it, so it’s going to need characters that audiences can invest in. The Apple TV + series also ameliorates the lack of gender and racial diversity in the books – Asimov was said to have been a serial sexual stalker, and he was dealing with a white Western audience – with more female characters (some gender reversed) and several performed by Indian actors or of Indian origin. And to keep the principals long term, Foundation uses gadgets (from cryosleep to cloning).

Asimov himself might have approved of this approach. In a foreword to an updated edition, Asimov agreed that the Foundation trilogy had “no action” and “no physical suspense”. He acknowledged the criticism that “all the action takes place off the stage and the romance is almost invisible”. Foundation TV show corrects this. There’s a lot more action and romance here, although I’m not sure what the suspense is – let’s go with the plot. Unfortunately, this doesn’t work as often as it should. The action is jerky. Even the elaborate scenes are directed in a way that flattens the excitement. There is little joy in couples and romantic getaways. Dramatic events come out of nowhere and do not organically arise from a previous entanglement.

Foundation is a heavy and laborious series that takes itself too seriously to come close to Game of Thrones in space. There are 10 episodes in Season 1 – I’ve seen all 10 – most are between 49 and 56 minutes long, and some over an hour.

The first season of the Apple TV + sci-fi series is divided into three main parts. We start with the series’ narrator and young adult genius Gaal Dornick (Lou Llobell) – this is pronounced Gayle. The character is one of the few to have been reversed in Asimov’s books. Gaal comes from the planet Synnax which has been flooded due to global warming, sending the remains essentially to the Dark Ages. This caused the remnants to turn to science and to dive into the faith. They kill anyone who seeks knowledge and education. Basically a dystopian version of the near future Earth. So naturally, when Gaal solves a mathematical equation, her parents bid her farewell and send her to Trantor – the center of the Galactic Empire – to save her from certain death.

Cambridge Analytica leads to psychohistory: Jared Harris of the Foundation

Not that death is far away on Trantor. Gaal arrives in the capital of the Empire at the invitation of the greatest mathematician in the galaxy, Hari Seldon (Jared Harris) – they say Harry – who predicted the fall of the Galactic Empire in five centuries. Seldon uses the field of psychohistory, a term coined by Asimov that combines history, sociology and statistics. Today, we are getting closer to big data. Naturally, Seldon’s prediction enraged the Empire, which had been ruled by clones of one man, Cleon the First, for over 12,000 years. They see fit to bring Hari and Gaal – who confirm Hari’s predictions – to justice for high treason. The punishment is death, but after Gaal warns that this will hasten the fall of the Empire, he is downgraded into exile on the edge of the galaxy.

This planet is known as Terminus, where Hari plans to establish a Foundation that would consolidate all human knowledge, in order to see a dark age that will last a thousand years. The Terminus component of the Foundation brings a bunch of new characters, led by Planet Guardian Salvor Hardin (Leah Harvey) – another gender-reversed character. Salvor is called “special” by her parents and thinks she is special for a connection she has with a giant floating safe on Terminus. Her work puts her in conflict with Phara Khan (Kubbra Sait), the great huntress of the neighboring warring planet Anacreon who resents the Empire. Phara is a brand new character, and Sait – of Sacred Games fame – has an important role in Foundation.

Speaking of the Empire, the third installment of the Apple TV + series is dedicated to it. At any given time, three different-aged Cleon clones – the youngest Brother Dawn (Cooper Carter / Cassian Bilton), middle ruler Brother Day (Lee Pace), and the elder Brother Dusk (Terrence Mann) – exist. They are advised by Demerzel (Laura Birn), an android who cannot disobey the orders of the Empire. As with Phara, this is all a creation of Goyer. Day and Dawn gets the most complete storylines of Season 1 from the Foundation. Both revolve around soul and individuality, which also encompasses the Demerzel arc. While one of them lives forever, the other propagates the theory that they live forever. It’s a curse on both, Foundation points out, because neither can have a life of their own. Everything is very lonely at the top.

While some parts really affect, others turn out to just push the plot forward. The events are tragic, but they are not broadcast in the best possible way. This is also the case for the two female protagonists of Foundation: Gaal and Salvor. Not only do the two get dangerously close to Mary Sues, they also feel under-explored as human beings. They just aren’t interesting characters. Gaal is even more defeated by her role as narrator. Foundation gives her philosophical lines that transform her into a spokesperson for the show. To paraphrase a famous line from the books (which is also in Foundation), storytelling is the last refuge of the incompetent. Foundation had to put more effort into communicating everything through stages, not speaking to the audience. It’s off-putting.

ALSO READ  From Dune to Rashmi Rocket, What to Watch in October on OTT

Foundation also tries to integrate too many important events per episode. I can’t say or even allude to these events – spoilers! – but it sounds like a call for attention. Despite this, as Asimov said in his foreword, I kept waiting for something to happen, and nothing ever happened. And like Star Trek: Discovery and others, Foundation has a habit of churning out scientific gibberish that I could never follow. His suits and spaceships also look like a cross between Discovery and The Expanse. Perhaps like the latter, which started badly but then got better, Foundation can find its way into subsequent seasons. He certainly has the ingredients and is on the right track with his character-based approach.

From the foundation to the Kota plant, what to watch in September

While some Foundation fans might consider the sacrilege of the Apple TV + series for wholesale changes and additions, it was necessary and the right decision. The foundation is not based on the books, I would say, it is inspired by them. In other words, Foundation just serves as – excuse me – the basis for the TV show. I just wish her foundation, season one, had a better idea of ​​what she wanted to be.

Foundation releases September 24 on Apple TV + with the first two episodes. New episodes will debut weekly thereafter for the next eight weeks.