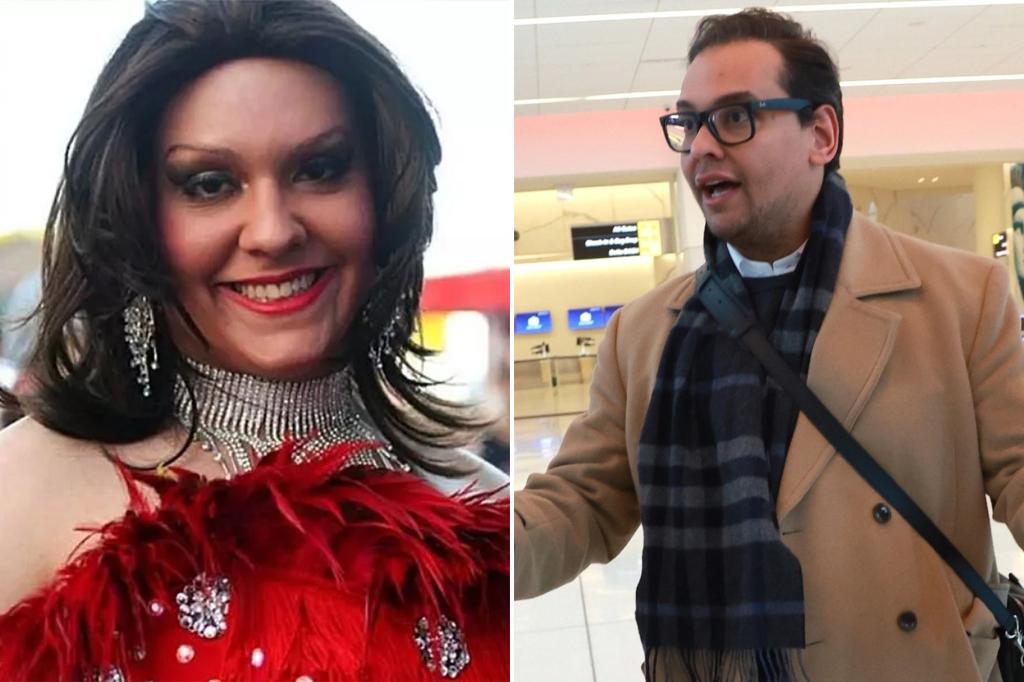 Lying Rep. Long Island’s George Santos eventually admitted to dressing as a woman in the past, though he denied being a “drag queen” on Saturday when he spoke to reporters at LaGuardia Airport.

“No, I wasn’t a drag queen in Brazil, guys. I was young and I was having fun at a festival. Sue me for having a life,” the embattled Republican congressman said, in his first public response since allegations emerged last week that he was performing as a drag queen named Kitara.

Santos, who is openly gay, had repeatedly tried to put down reports of his cross-dressing past, which emerged last week after a 2008 photo was posted online by Eula Rochard, a cross-dresser in Brazil and former friend of Santos.

Video also surfaced of what appeared to be the freshman representative, dressed in a black dress and sunglasses, bragging about his performance as a drag queen at the 2005 Pride parade in Niteroi, a suburb of Rio.

Santos and Rochard reportedly met when Rochard was already an established drag queen in a Brazilian city next to Rio de Janeiro. She said he called “Anthony” when she knew him and that he “lied about everything.”

She said Santos—who was also known as Anthony Devolder—was never a professional drag performer because “he didn’t have what it took.”

Although Santos denied earlier this week that he was “acting like a drag queen,” he has not denied that he is the person in the photos and videos.

“The media’s most recent obsession that I am a drag queen or ‘performed’ as a drag queen is flatly false,” Santos said. tweeted Thursday. “The media keeps making outrageous claims about my life as I work to deliver results. I will not be distracted or put off by this.”

When Santos contacted The Post about the 2005 video, he replied in a text message: “Absolutely false and just another bit of nonsense from the stacking effect I’m dealing with.”

Santos has become entangled in a seemingly never-ending web of lies about his college education, employment history, ethnicity, and other aspects of his life.

Among his more outrageous claims are that his mother died in the September 11 attacks and that his grandparents escaped Nazi persecution in Europe during World War II. In reality, his grandparents and his mother were in Brazil during both tragedies, according to immigration records.

Santos ignored multiple questions from reporters on Saturday about the lies about his family.

He had just returned from a visit to Washington DC where he attended a meeting Friday night, CNN reported. He refused to say who he had met, calling it a “secret.”

Both Democrats and Republicans have called for Santos to resign. Anyway, the GOP House steering committee this week placed him on two committees: Small Business and Science, Space and Technology.

The report that George Santos admits to dressing as a woman but denies being a drag queen first appeared on the New York Post.