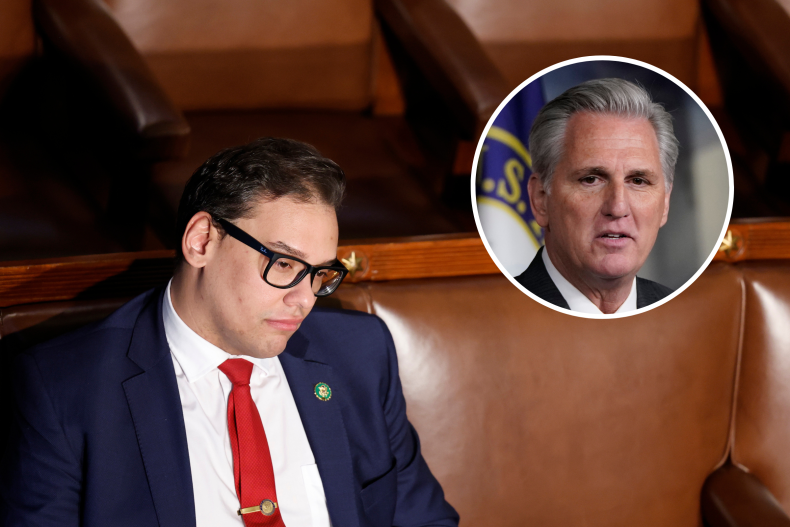 New York House Republican George Santos has a message for critics urging him to step down from his role as U.S. Representative: No.

The recently elected congressman has effectively resisted mounting calls for his resignation since news broke that he had lied about large parts of his resume, including details about his personal, educational and professional background.

At a press conference on Wednesday, local Nassau County Republican Party officials demanded that Santos resign immediately. Chairman Joseph Cairo said at a news conference that the GOP legislature had “disgraced” the US House.

In addition, House Speaker Kevin McCarthy, a California Republican, has said Santos should not serve on major House committees.

However, such comments did not seem to upset Santos in the slightest. The congressman clapped back to critics via a tweet on Wednesday afternoon.

“I was chosen to serve the people of #NY03 not the party and the politicians, I remain committed to that and I am sorry to hear that local officials are refusing to work with my agency to deliver results to keep our community safe and reduce the cost of living,” he said. tweeted. “I will NOT resign!”

Santos is a freshman congressman representing parts of Long Island and Queens. The New York Times exposed the newly elected legislator at the end of last year about his repeated – and often quite colorful – fabrications. The newly minted rep, who has since admitted to “beautifying” his resume, also faces criminal investigations and ethics complaints.

Other Republicans have also locked horns with the controversial congressman.

Former Illinois Representative Adam Kinzinger demanded through a tweet on Wednesday that Santos “resigns now”. On it, Santos wrote, “Go on @CNN and cry about it,” along with a photo of one emotional-looking Kinzinger.

Moments later, however, Kinzinger returned the jab with a snappy reply.

“Crying is better than lying, FRAUD,” he said wrote.

Local Republican officials are reportedly already considering a replacement for Santos, who last November was successful in flipping a seat previously controlled by Democrats.

Citizens for Responsibility & Ethics in Washington (CREW), a leading ethics watchdog group, criticized Santos in a statement posted on its website Tuesday.

“Santos’ serial misrepresentations of the truth on a wide variety of topics have demonstrated an astonishing degree of unreliability,” said CREW President Noah Bookbinder. “It would be a threat to our national security to allow him to serve on a committee where he would have access to national intelligence.”