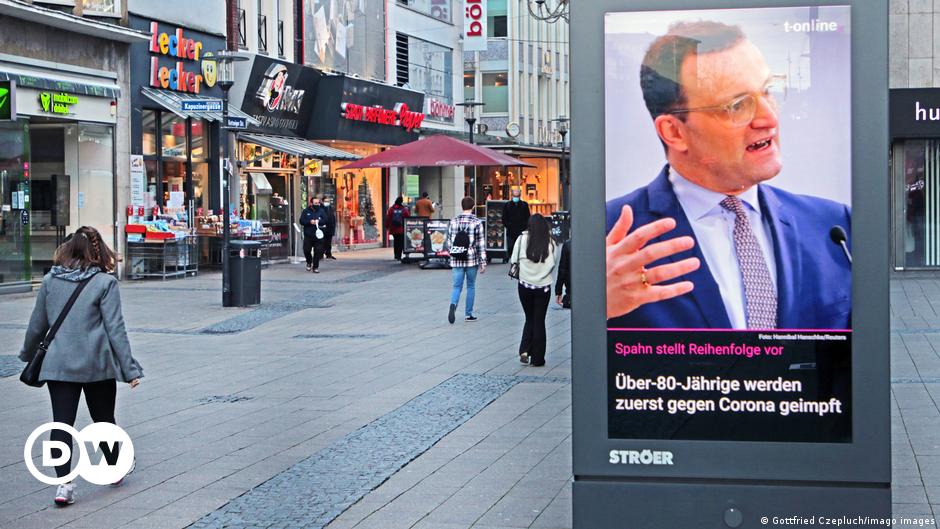 Before a speech to the German parliament on Wednesday, Health Minister Jens Spahn said it would not be possible to relax all restrictions aimed at tackling the COVID-19 pandemic on February 1.

“We will always need restrictions,” Spahn told German public radio station Deutschlandfunk, when asked about a possible extension of the lockdown currently in place until the end of January. “It was clear from the start that it would be a tough and difficult winter.

“We will still have to take care of each other in the weeks to come,” Spahn said.

The minister added that in addition to government regulation, members of the public also had to check their own behavior: “A lot of contact still takes place in the private domain, as we mentioned, this must lead to infections. Then closing schools, businesses and public life makes little sense. “

The Robert Koch Institute, the German health agency for infectious diseases, reported 19,600 new COVID infections on Wednesday. The death toll increased from 1,060 to 42,637.

One particular test, Spahn said, has been the emergence of new, more infectious variants of the disease-causing SARS-CoV-2 virus, one from the UK and the other from South Africa.

“The challenge, from all we know, is that the infection rate of this virus is considerably higher. This means that even when one lives normally and has normal contact, they infect a lot more people. C t is our experience of this virus from Great Britain and this mutation from South Africa.

“This means that we have to do everything in our power to ensure that this virus is introduced as little as possible into Germany and continental Europe,” Spahn said, adding that further travel restrictions were being considered and that testing viral genomes needed to be intensified. to see which strains were now prevalent in Germany.

During the interview, Spahn also ruled out the idea of ​​making vaccination compulsory for nursing staff, for example in homes for the elderly or hospitals. The idea was launched by Bavarian Prime Minister Markus Söder, who said it should be considered by the German Ethics Council.

Instead, Spahn said it would be best to address the concerns of health and social service workers and persuade them to take the vaccine without the element of compulsion.

The Bharat Express News - January 23, 2021 0
Vicky Pattison admitted that she was exercising like a "nutcase" just so that she could enjoy the food "without the guilt."The former Geordie Shore...