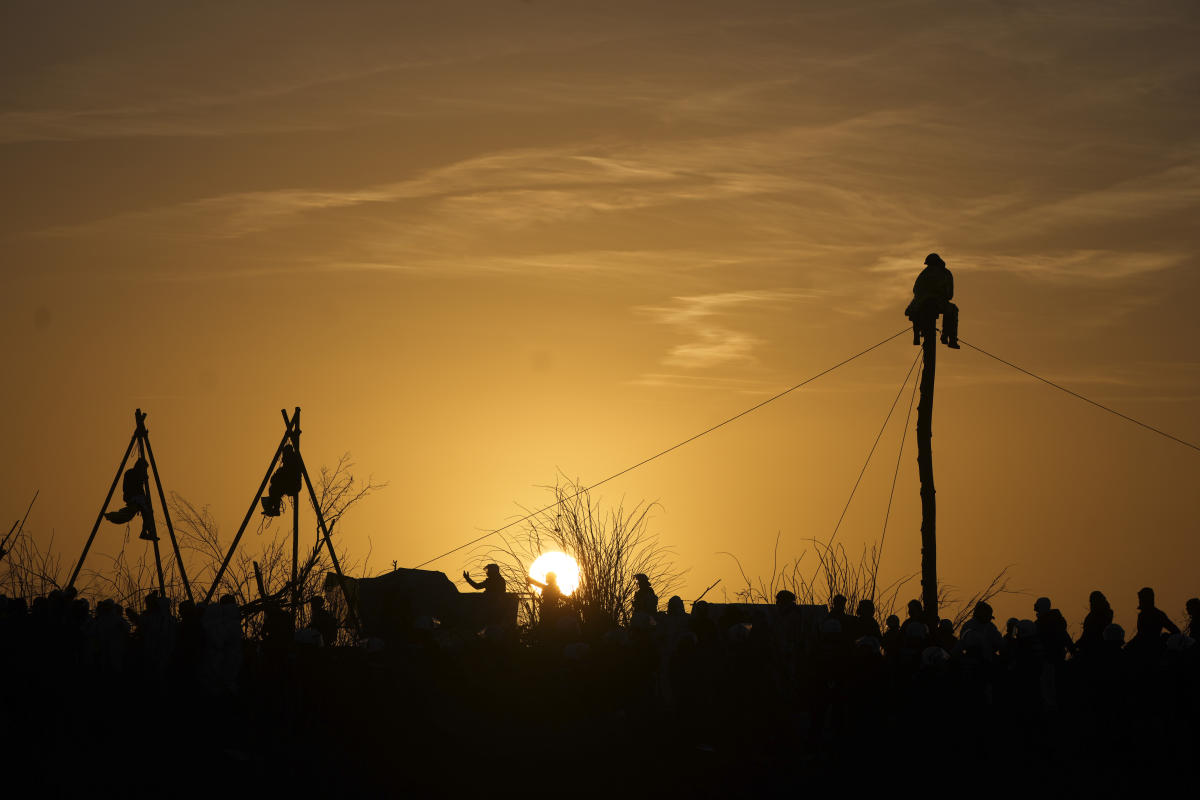 ERKELENZ, Germany (TBEN) — A court in Germany has rejected a last-ditch effort by climate activists to stay in an abandoned village to be evacuated for a coal mine expansion that has become a battleground between the government and environmentalists.

The regional administrative court in Münster late Monday upheld a lower court ruling that banned the activists from staying in the hamlet of Luetzerath, west of Cologne.

The court rejected the activists’ argument that civil disobedience at the site was justified because of the climate crisis.

Utility company RWE wants to extract the coal under Luetzerath, arguing that this is necessary to ensure energy security in Germany.

Police have said no eviction will take place until after an event at town hall later Tuesday.

In the morning dozens of activists were stationed at a makeshift roadblock, trying to stop RWE from bringing heavy machinery into the village. Police in riot gear stood by but did not immediately intervene.