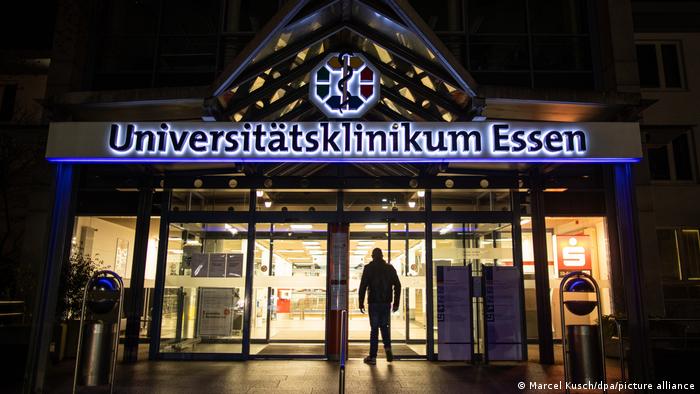 Two patients, aged 47 and 50, were terminally ill when a senior doctor allegedly adrugs administered which resulted in their immediate death, police said on Friday.

Authorities are still investigating the circumstances of the two deaths amid reports they were being treated for COVID-19.

The head doctor, 44, employed since February at the CHU in the city of Essen in North Rhine-Westphalia (NRW), was arrested wednesday, accused of manslaughter Thursday and stayed in custody, city said the police.

The hospital said sthe suspicions on the deaths of November 13 and 17 prompted her to immediately notify prosecutors and remove the doctor from office.

The doctor was employed at Essen University Hospital

Only in one case said Essen police, had the accused declared that he wanted to end the further suffering of the patient and his relatives. Both patients were in “very critical conditions” in the medical department.

The tabloid newspaper Bild described them as suffering from the coronavirus and hospitalized in a department treating COVID-19 patients.

Prosecutors said, however, that they could not provide more details on the treatments received by patients as the investigation was ongoing.

Critically ill patients in Germany can seek help ending their lives under a court ruling last year, but it was not clear if this had happened in the doctor’s case and several steps are necessary before such assistance can be provided. Assisted death is an extremely sensitive subject in Germany in light of the legacy of the 6 million Jews killed and experienced by the Nazi regime during the Holocaust.

The Bharat Express News - December 4, 2020 0
WASHINGTON - The Supreme Court on Thursday overturned a decision by a federal trial judge that allowed California to impose restrictions on religious services...